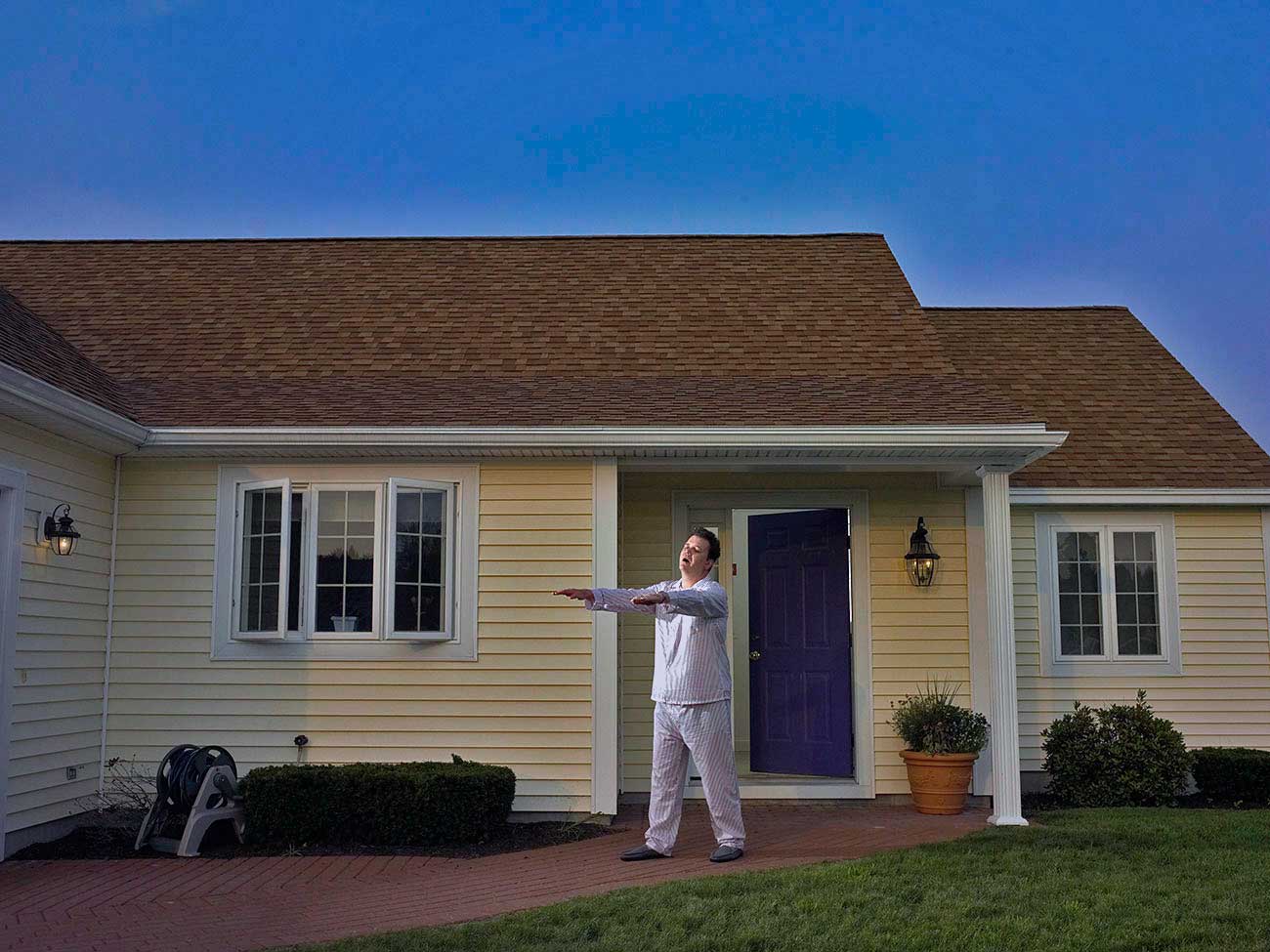 Here are some of the strangest, most bizzare incidents that have happened to sleepwalkers

Sleepwalking is one weird phenomenon. Taking a stroll down the hallway in your PJs might be harmless, but munching on cigarettes…..now that requires some explaining.

Until 100 years ago we used to think that sleepwalking was about acting out your dreams. Sleep science put an end to this myth. Sleepwalking, or somnambulism occurs in slow wave sleep, not REM sleep. It belongs to the family of sleep disorders known as parasomnias, defined in a recent publication as “undesirable behavioral, physiological, or experiential events that accompany sleep”.

Although sleepwalking is more common in children it also affects adults and covers a range of behaviours from the mundane to the downright dangerous.

So, before you brush off your next sleepwalking adventure, the following are the 10 craziest sleepwalking stories. These parasomnia events are truly bizarre.

Jumping out of a 4th storey apartment window

Ever had a dream about falling, only to jolt yourself awake a few seconds later and discover that you’re still in your bed? Well, that’s kind of what happened to a German teenager in 2007 – except when he woke, he had a broken arm and leg.

The teen jumped out of his window while sound asleep, and when nearby citizens rushed to his aid, they discovered that he remained asleep even after such a dramatic fall.

Conducting an orchestra in bed 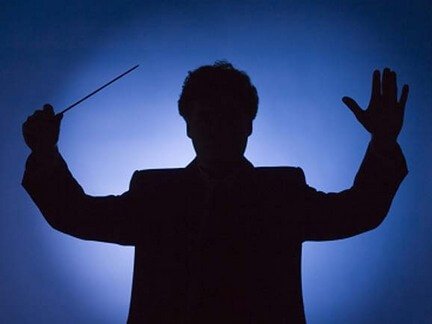 78-year-old Harry F. Rosenthal is a music lover – so much so that he even makes music while he sleeps. He just wasn’t aware of it for years. Rosenthal’s wife reports waking up in the middle of the night to discover her husband sitting up in his bed, waving his hands and conducting an imaginary orchestra. Of course, it didn’t end there; Rosenthal also plays the role of every instrument in his orchestra, mimicking the sounds and songs while sleep-conducting.

Sometimes, talking a walk in your sleeping leads people to some odd locations – and perhaps the oddest of all is another person’s bed. Sleepwalking turned into a sordid habit for one Australian woman who would leave her house while asleep and have sex with complete strangers.

She had no knowledge of her sleep behavior until her husband noticed condoms littered throughout the house and woke one night to find his wife missing.

Taking a midnight dip in the river 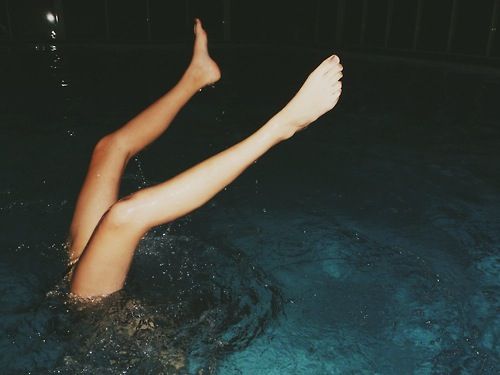 If you’re a somnambulist who lives near a pool or body of water, you might want to have cause for concern . As New Hampshire resident Alyson Bair discovered in 2012, it could lead you to take an unconscious swim or two. ABC News reports that Bair took several late-night swims in a nearby river, and eventually ended up waking in a hospital bed with hypothermia as a result.

Sure, in-laws can be all kinds of annoying, frustrating, and even horrible, but no one wants to wake up in the middle of the night to discover that they’ve singlehandedly murdered their spouse’s parents.

That’s exactly what happened to Ken Parks in 1987 – his parasomnia tragically led him to drive to his in-laws’ home, strangle his father-in-law, and stab his mother-in-law. After committing the crimes, Parks then drove himself to the police station while still asleep, where he turned himself in.

In 2003, a Denver nurse awoke to discover she’d had a pretty exciting night – the problem was, she remembered absolutely nothing. After taking an Ambien and slipping peacefully into sleep, the nurse climbed out of bed, drank half a bottle of wine, and got behind the wheel of her car.

She didn’t get far; she wrecked her car at an intersection, hopped out, and pee’d on the side of the road. Two nearby police officers caught her mid-bathroom break and attempted to arrest her – and the nurse responded by violently assaulting the duo.

Shooting yourself in bed 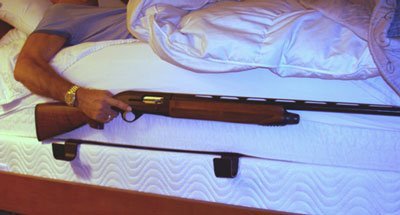 The next time you dream about holding a gun and taking aim at a dream enemy, you might be aiming at the wrong person – yourself. As ABC News reported in 2013, that’s what happened when a New Hampshire man found that he’d accidentally shot himself in the knee while acting out a violent nightmare.

Whilst technically not a case of sleepwalking, he awoke in pain, discovering a gun in his hands and blood pouring from his knee. Fortunately, he was the only one home during the terrifying parasomnia experience.

Few things are as mortifying as discovering regrettable text messages you’ve sent after a night out drinking . But add break-up stress into the mix, and you might wake up to find that you’ve invited your ex to meet up with you.

Sleep-texting is a growing phenomenon, in which people send text messages when they’re fast asleep. That’s what happened to Alex Thielen, 22, after drinking some wine and falling peacefully asleep, Thielen woke up to find a few new texts on her phone – one from her ex, and one she sent while asleep, attempting to reconnect with him.

Getting divorced in your sleep 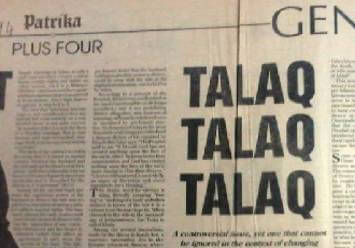 Can’t stand your spouse? Or maybe you love them, but secretly abhor them while you’re asleep. In 2006 a Muslim couple in India faced divorce proceedings when the husband clearly and coherently said “talaq” in his sleep three times one night – the Arabic word for divorce.

In Muslim tradition, when “talaq” is spoken three times successively, it’s grounds for divorce. Despite protestations, religious leaders were adamant they should separate or face a ‘social boycott’.

Dining on cigarettes and other delicacies 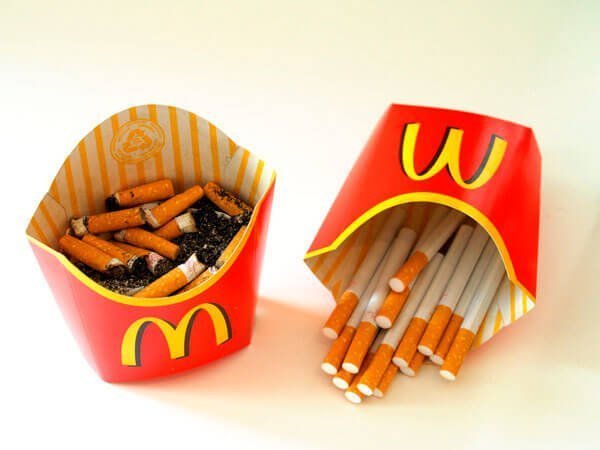 Several weird parasomnia behaviors came to light in a lawsuit representing clients who had taken the sleeping pill Ambien.  Sanofi, the pharmaceutical company were served a class action suit because of complaints of bizarre sleep-related eating disorders.

Among some of the delicacies the pill-poppers had tried were like cigarettes (covered in butter, of course) and whole eggs – shells included.

Although many of these freaky and incredibly parasomnia moments have some humor to them, they illustrate just how frightening sleep behavior can be. After all, who wants to wake up and discover they’ve committed murder – or even assaulted someone?

As hilarious as own sleep walking habits may be, keep in mind that parasomnias sometimes turn dangerous – and if you believe you may have a sleep disorder talk with your doctor or a sleep professional to ensure you sleep safely.