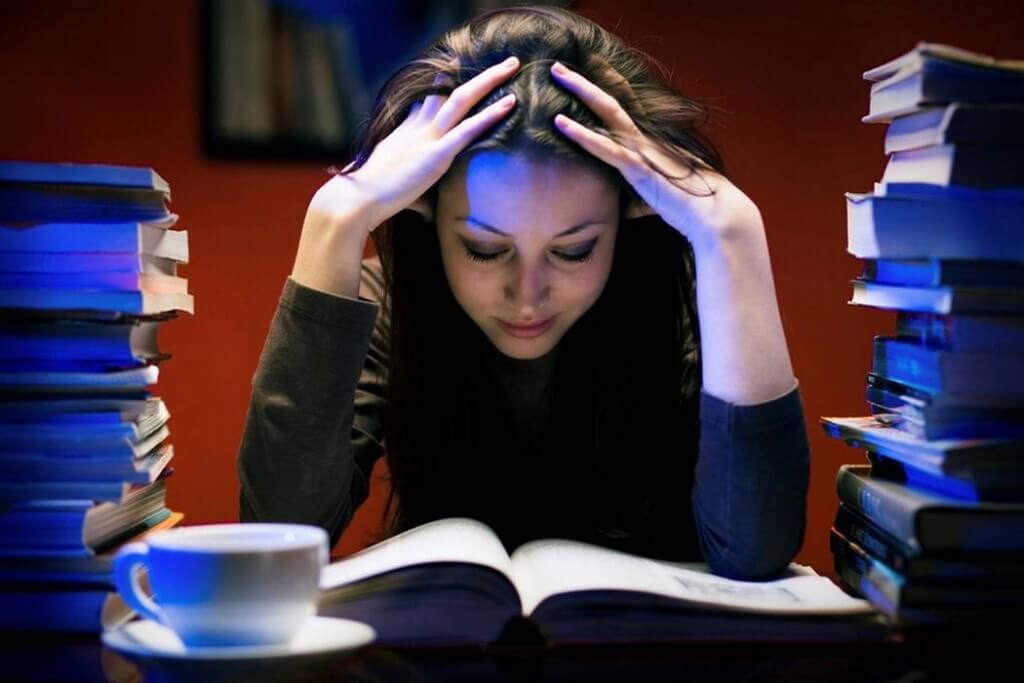 As a second-year PhD-student in Psychology, I understand how good sleep habits may sometimes lose priority to other responsibilities.

However, because I specifically study the effects of sleep, I have a constant reminder of why working all night would probably do more harm than good.

For example, as a research scientist, I have to pay attention to small details such as where which electrode goes while capping a participant for an electroencephalogram (EEG) or the participant identification number that is connected to several participant files.

Sleep deprivation would likely limit my ability to work effectively in a lab environment because it may cause me to become distracted and reduce my memory ability. This could also be detrimental to my performance in (painfully) difficult courses such as Neuroanatomy.

Nonetheless, the majority of college students report chronic sleep deprivation – they are getting fewer hours of sleep than recommended on a regular basis (1). Further, college students tend to “pull all-nighters” and remain awake to study for tests instead of studying over a period of days or longer.

This article will explain the latter issue, how acute sleep deprivation can considerably reduce mental capacity.

Total sleep deprivation, or getting no sleep over a period of time, is associated with increased susceptibility to distraction. Researchers have found that individuals who drove while sleep deprived had similar errors in lane-keeping as those who drove while mildly intoxicated (l).

This suggests that longer durations of sleep deprivation may lead to more errors in tasks that require focused attention.

Thus, hosting a proposal meeting while sleep deprived may increase the likelihood of losing your place in the presentation, repeating yourself, or forgetting important points. It may also be more difficult to pay attention in a class or work meeting, especially if the content is not particularly exciting.

Taken together, total sleep deprivation can reduce your attentional resources that are necessary for driving and this likely translates to other tasks that relate to general productivity.

The importance of sleep after learning new information

Failing to sleep after learning something new makes you less likely to remember events from that day. Sleep facilitates a sort of “replay” in the brain that allows the neural activity from the waking day to be “replayed” and strengthened (3). In other words, memories are solidified over time, especially during sleep.

Researchers have shown that total sleep deprivation virtually eliminates memory for procedural tasks that occur during the previous day (4). In this study, young adults learned to quickly discriminate between a “T” and an “L,” and they were timed in milliseconds as an indication of their performance. Those who did not sleep after training on this task did not show any meaningful improvement, while those who did sleep did improve.

The most interesting part about this study is that no improvement in procedural memory was found even though two nights of recovery sleep were intervened between training of the procedural task and the test. They were not allowed to sleep the night immediately following the task, but they did sleep the following two days.

Failing to sleep soon after learning, then, makes it almost as if no training had ever occurred. Thus, sleep after learning is important for retaining new information.

The importance of sleep before learning new information

The group that was not allowed to sleep before learning a series of scenes remembered fewer scenes on the following test two days later than those who slept normally.

Similar to the previous study, these individuals were given the opportunity to sleep before testing their memory; the main difference here is that they were subjected to total sleep deprivation before learning instead of after.

Thus, failing to sleep before attending a lecture or a meeting may reduce your ability to process new information and make it harder to remember that information later on (e.g., during a test).

It’s better to review material after a full night of sleep instead of powering through on little to no sleep.

These are just a few reasons why choosing not to sleep for the intent of greater productivity may be counter-productive.

Sleep deprivation prevents you from being your best self by increasing distractibility and disrupting memory processes both before and after taking in new information.

While we all have very busy lives, I recommend slowing down a little to rest and to sleep. Your brain will thank you, and your productivity will likely increase.

Emily Hokett is PhD student in the Psychology program at Georgia Tech. Her research focus is on sleep and memory changes across the lifespan. https://www.researchgate.net/profile/Emily_Hokett