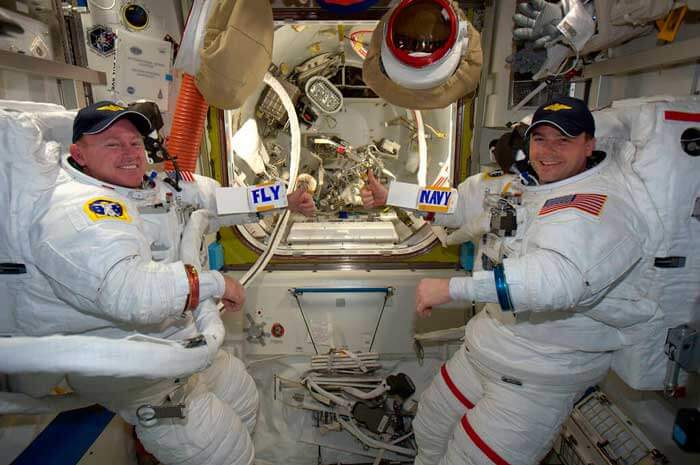 How much do you think it costs NASA to change a light bulb? I’ll spare you the maths. How about $134,000. Or to be exact, $11.4 million, for swapping out a total of 85 lightbulbs. No, this isn’t some kind of creative accounting. This is the actual amount that NASA is spending to replace all of the fluorescent light tubes aboard the International Space Station (ISS).

If this sounds like a slightly indulgent way to spend space dollars, there’s a good reason. The lights aboard the ISS are burning out and spares will run out in 2015. So NASA is taking this opportunity to install newly designed, sleep-promoting LED bulbs, to combat the big problem of astronaut insomnia.

Losing a few hours of sleep back on earth is mostly an inconvenience , but in space, insomnia can be highly dangerous. Space flight messes with your sleep in just about every imaginable way. Constantly shifting time zones, temperature swings, and zero gravity are some of the reasons that account for the 6 hours sleep astronauts get on average.

Even with the help of sleeping pills and relaxation techniques, insomnia remains a constant challenge for prolonged space missions.

Sleep quality is one of the top design specifications for the new lightbulbs aboard the ISS. The ageing fluorescent lamps they are replacing, although they have served their purpose, are completely unsympathetic to getting a good night’s rest. The light they emit is made up of blue wavelengths, which is known to inhibit sleepiness by blocking melatonin production.

Being LEDS, the new lights also weigh less and are more energy efficient. But whatever the features and benefits, you’ve got to admit, it’s one hell of an expensive set of lightbulbs.