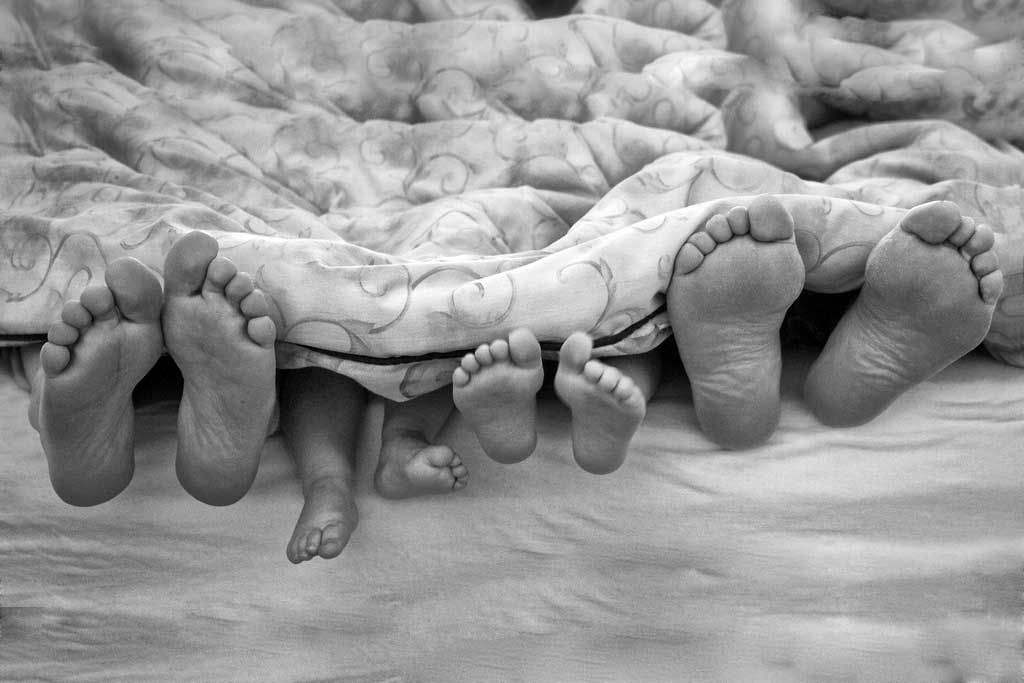 Here’s why Dr Sears is totally wrong about baby sleep

In part 2 of  Rob Lindeman's sleep training series, he busts some of the myths about attachment parenting

See also:
Part 1: Cry It Out – why even the experts get it wrong

Part 3: The Combination Method – scheduling without a schedule

What is Attachment Parenting?

A lot of people talk about “Attachment Parenting” (AP), but not a lot of people know what it is. Though William and Martha Sears claim that there is nothing new about the concept, the truth is that the couple essentially invented AP in the 1980s and canonized the term in 2001 with the publication of “The Attachment Parenting Book”. The AP concept has now spawned an entire sub-genre of books and web sites, and a devoted cadre of followers.

Where does AP come from?

Attachment Theory concerns development of the human personality during childhood. The initial work in Attachment Theory was done by John Bowlby and Mary Ainsworth, two psychologists working in the mid-20th century.

Put simply, the theory says that infants need to develop a relationship with at least one caregiver in order to learn to regulate their own feelings. On the “Nature vs. Nurture” spectrum, Bowlby and Ainsworth fit solidly on the “Nurture” end.

Their type of theory is what we’d call “behavioral”. Behaviorism stands opposite the “Nature” end, what has been called “biological determinism”, or “your genes explain everything”. The truth probably lies somewhere between.

According to Attachment Theory, some parents do a good job of helping babies learn to regulate their emotions. Other parents do a less-good job. That’s the whole theory in a nutshell.

Nowhere in this theory is there any suggestion that babies should remain physically attached to parents for as long as possible, as Sears recommends. Nor does the theory say anything about sleeping arrangements. The theory is not even about parental behavior; it’s about infantile behavior. That is, it was only about the baby, until the Sears family got a hold of the theory.

I suspect that William Sears (the father of the clan) read the word “attachment” and took the word literally. Bowlby and Ainsworth only meant the term figuratively. And yet, Sears appreciates that attachment is a subtle and nuanced thing. Here’s how he describes it in the Sears’ Family sleep book:

…[A]ttachment parenting (AP) is not a new way of raising children that we and others have dreamed up. It’s what mothers and fathers would do instinctively if they were raising their baby on a desert island.

Sears is careful not to say that parents have always raised children this way. He knows enough anthropology to know such a suggestion is completely wrong. But Sears does say that attachment behavior is instinctive. From where he derives this idea is a mystery.

Perhaps attachment theory predicts the way that modern parents would raise a child on a desert island, far away from parenting books, pediatricians, and pop psychologists. But it is not the way aboriginal parents ever raised children for all but an eye-blink of human history.

According to this research it’s doubtful that mothers developed close emotional bonds with their babies. This is because the odds were extremely poor that a baby would survive infancy! It was not until infant mortality plummeted in the developed world (in the 20th century!) that mothers developed the inclination to bond with their babies. Such a bond is certainly not instinctive, not on the part of the mother anyway.

So what if attachment parenting is a modern invention? So what if it’s a peculiar distortion of Attachment Theory. Is Sears wrong to recommend it?

Why he’s wrong to recommend AP

The sleep book opens its defense of AP with this stunner:

“A frequent criticism of attachment parenting is that it puts baby, rather than parents, in control. But can parents actually control their babies anyway? Parenting your baby at night forces you to come to terms with the realistic fact that you can’t control your child’s behavior.”

You can’t control your child’s behavior? One wishes, in vain, I fear, that Sears does not really mean this. But let’s suppose for the moment that this incredible “realistic fact” were true: how is it going to help us get our baby to sleep? Sadly, Sears never really tells us. By the way, are “realistic facts” different from other kinds of facts?

When in doubt, Cry It Out

Sears goes on at length to criticize what he claims to be a slew of baby sleep books that allegedly recommend the cry-it-out (CIO) method:

“The dictum ‘let your baby cry it out’ has been standard advice in childcare books for more than a century starting with Emmett Holt in 1894.”

Sears does not provide any examples of this “standard advice”. This is for a very good reason: apart from Holt and experts of his era, there are no such examples. No modern sleep expert recommends CIO. Even Dr. Ferber explicitly rejects CIO. Why Sears constructs this straw man (or should I say “straw pediatrician?) is a mystery.

A particularly precious argument against the phantom CIO is offered by Sears the Younger (Bob). Dr. Bob tells a story of a mother who lets her 1-month old cry himself to sleep. Years later it turns out the boy has ADHD. Leave aside the the absurdity of letting a one-month old cry himself to sleep: no one who knows anything about infant development would recommend such a thing. How can Dr. Bob draw such a connection?

Wait, it gets worse.

Later, Sears suggests that “research” points to a connection between CIO and ADHD. The study in question is about “persistent crying”, not “CIO methods”. There’s an obvious chicken and egg problem here.

Are hyperactive 8-10 year olds the way they are because they cried a lot as babies? Or are we looking at a group of children with a biological vulnerability to cry as babies and fidget as school children?

The biggest weakness of the study was the finding that these children’s parents but not their teachers saw a difference between the behavior of the supposedly hyperactive group and the control group. Teachers are often much more likely to label a child hyperactive than are parents.

There is much more “neuro-mythology” dispensed on the subject of crying and ADHD about which I will say only this: just because the Sears family is composed of physicians does not mean they know what they are talking about. No one has any idea what neurotransmitters have to do with behavior. Don’t believe anyone who claims to know.

Though Sears claims he believes that babies can sleep anywhere, he clearly prefers that babies sleep in bed with the parents. I wonder if anyone but a board-certified pediatrician could get away with making such a suggestion? Regarding studies demonstrating the dangers of bed-sharing, Sears argues:

“When there is a conflict between scientific studies, or between science and common sense, suspect that somewhere there’s a fault in the science”.

There is not a word of that sentence that is true. Scientific studies often give variant results. Why should it be otherwise? The bit about common sense is too precious: Common sense suggests that the earth is flat and that the sun revolves around us. When scientific studies demonstrate that the opposite is true, is the “fault in the science?”

The American Academy of Pediatrics has issued several strong warnings about bed-sharing, which is a risk factor for sleep-related infant deaths. Perhaps the Sears book covers itself by going on at length about safety and sleep. But this hardly reduces the dangerousness of the recommendation.

There are an almost infinite variety of sleeping arrangements and devices that parents can use, such as co-sleepers. Sears seriously suggests that, for safety, parents buy the largest king-size bed available. This assumes the reader can afford such a bed in the first place, and that they have sufficient space in their home for a king-size bed!

Sears isn’t done with the “science”. He suggests that babies are “physiologically safer” when they co-sleep. One has to take his word for it. I will not. It’s a nonsensical suggestion. Sears even claims that babies are protected from SIDS because carbon dioxide is protective and parents exhale carbon dioxide. Nonsense piled upon nonsense. No amount of pseudoscientific rubbish will make bed sharing any safer.

The worst part of all of this is that you don’t have to sleep with your baby in your bed in order to develop attachment!

Sex and the sleeping baby

Call me a prude, but I prefer to have sex without a third person in the room. How does Dr. Sears suggest you do the deed without freaking yourself out (or frightening your baby)? His first suggestion: put the baby in the crib first. Okay, great idea! To which I reply, why not leave her there?

Second suggestion: play “musical beds”. In other words, have sex with your partner with the baby in a different room. This includes keeping the baby in your room and having sex in the den, or the nursery!

Finally, the most puzzling suggestion: morning sex. What, the baby disappears in the morning? I don’t get it. Finally, Sears tips his hand: He’s okay with you having sex in front of your baby. This may be OK for Bill and Martha (I really could do without descriptions of Sears’ own sex life). We Philistines value our privacy.

In (partial) defense of the AP sleep method, there are several places in the book which read very much like Dr. Spock and Tracy Hogg, the Baby Whisperer. For example, in the first chapter, Sears basically admits that providing structure for a baby at bedtime is essential for developing good sleeping habits:

“Now we come to the next step in our plan: helping you figure out what bedtime rituals work best for your baby. As you use these same routines night after night… baby will learn to fall asleep easily and stay asleep longer.”

Much as he’d probably hate to admit it, Sears is as much a combination-scheduler as Dr. Ferber, The CIO bogey man. But there is one key aspect of good sleep education that Sears consistently gets wrong: sleep associations.

The advantage? A closer bond develops between parent and baby. The disadvantage? Mom or dad must be involved with the baby falling asleep for months or even years. Depending on your own instinctive parenting style, you may actually view this as an advantage; certainly your baby would (emphasis added)”

Certainly your baby would. Here is where Attachment Parenting fails. Leave aside the unproven assertion that sleeping physically attached to baby promotes a closer bond. Sears fails to warn parents about bad sleep associations.

I’ll qualify that statement. If mothers and their sleeping partners are okay with a toddler who shares their bed wakes up every three hours to nurse at night… If this is their “instinctive parenting style”, then who am I to judge? But when they consult a sleep coach for help them get the child to unlearn what Sears has taught them, I do indeed have an an argument: an argument with Attachment Parenting and Dr. Sears.