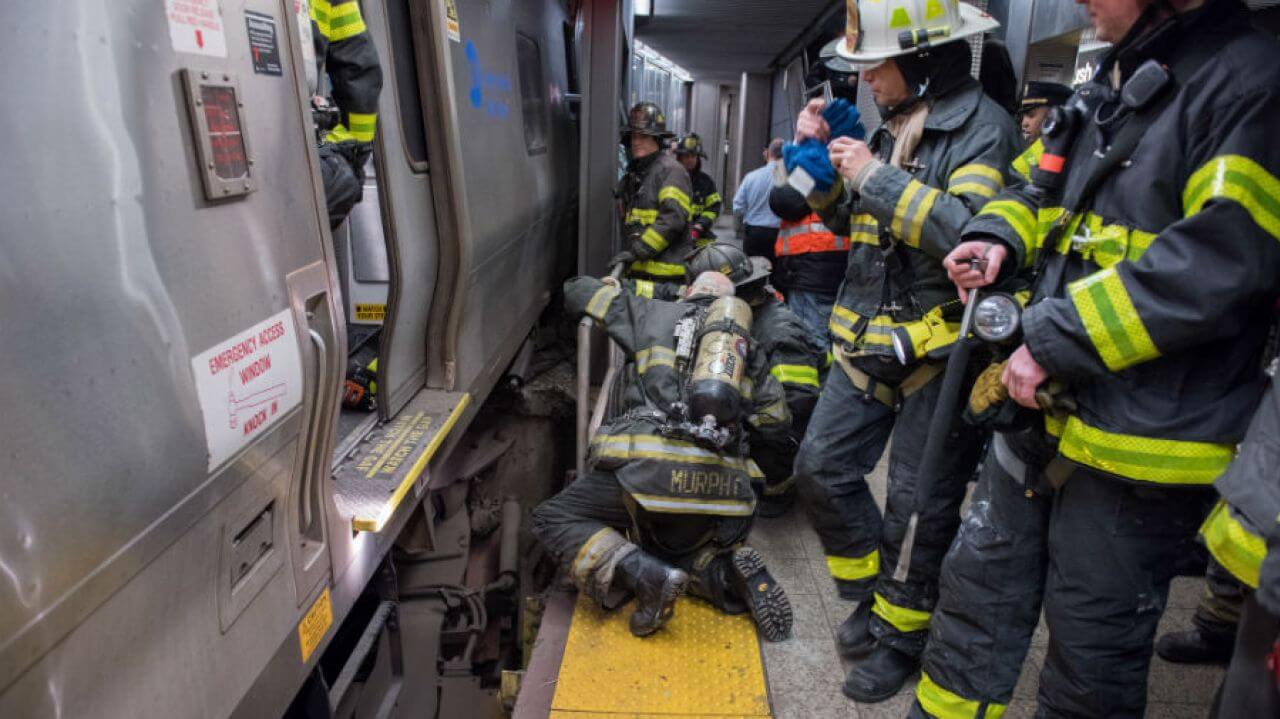 Could sleep apnea be to blame for yet another train crash in New York?

Just a few days into 2017, the cause of a serious train crash in New York is the likely result of a sleep-deprived train engineer – the third such case in as many years.

The derailment highlights a growing public safety concern about sleep apnea, a condition which causes breathing problems at night and can lead to excessive daytime sleepiness.

The latest incident, on 5th January,  happened at morning rush hour at Brooklyn’s Atlantic Terminal a busy commuter hub. Over 100 people suffered injuries, some of whom were catapulted from their seats, according to witnesses, when the train overshot the platform and smashed into the metal bumper. According to the New York Post:

The lead car of commuter train No. 2817 slammed into a bumper block at the end of Track 6 as it pulled into the Downtown Brooklyn transit hub about nine minutes late at 8:20 a.m. and quickly filled the station with smoke, according to officials.

The wounded all suffered minor injuries and dozens were treated at a makeshift triage center by emergency responders at the scene, authorities said.

Several people were pulled from the station on stretchers.

Although the cause of the Brooklyn crash is yet unconfirmed, the driver does not recall the train hitting the end of the track. An unnamed official told the Associated Press he exhibited “typical risk factors” for the sleep apnea and investigators are testing the engineer of the train for the condition.

Only last September, a horrific crash at New Jersey’s Hoboken Terminal  resulted in one person dying and 114 injuries. Like the Brooklyn incident, the NJ derailment happened at morning rush hour and the driver had no memory of the crash.

An investigation revealed that the train engineer Thomas Gallagher, suffered from severe sleep apnea which went undiagnosed until after the crash. According to the New York Times:

Mr. Gallagher, who told officials he did not remember the crash, believed the diagnosis might explain what happened, his lawyer said.

“It made sense to him because of his experience with the crash that he did everything that he would normally do,” Mr. Arseneault said in an interview. “He checked his speed, blew the whistle, rang the bell, and the next thing he knew he was on the floor.”

Yet another derailment, this time in 2013,  killed 4 people and injured 61. According to the National Transportation Safety Board the driver:

“had fallen asleep due to undiagnosed severe obstructive sleep apnea exacerbated by a recent circadian rhythm shift required by his work schedule.”

The train was travelling at 82mph, almost 3 times the 30mph speed limit as it approached on of the sharpest curves on the regional network. The derailment happened just north of Spuyten Duyvil station in the Bronx and was New York’s deadliest train crash since 1991.

The wider issue of insufficient sleep

Whilst regulators are looking into more effective screening techniques to prevent such accidents happening in the future, the train derailments are indicative of a more widespread problem – that society at large is suffering from an epidemic of sleep deprivation.

Apart from the tragic human losses, a sleep-deprived society, according to a recent major study by the RAND Corporation has huge economic costs too, with up to $411 billion per year in losses caused by insufficient sleep.

Time to wake up it seems.