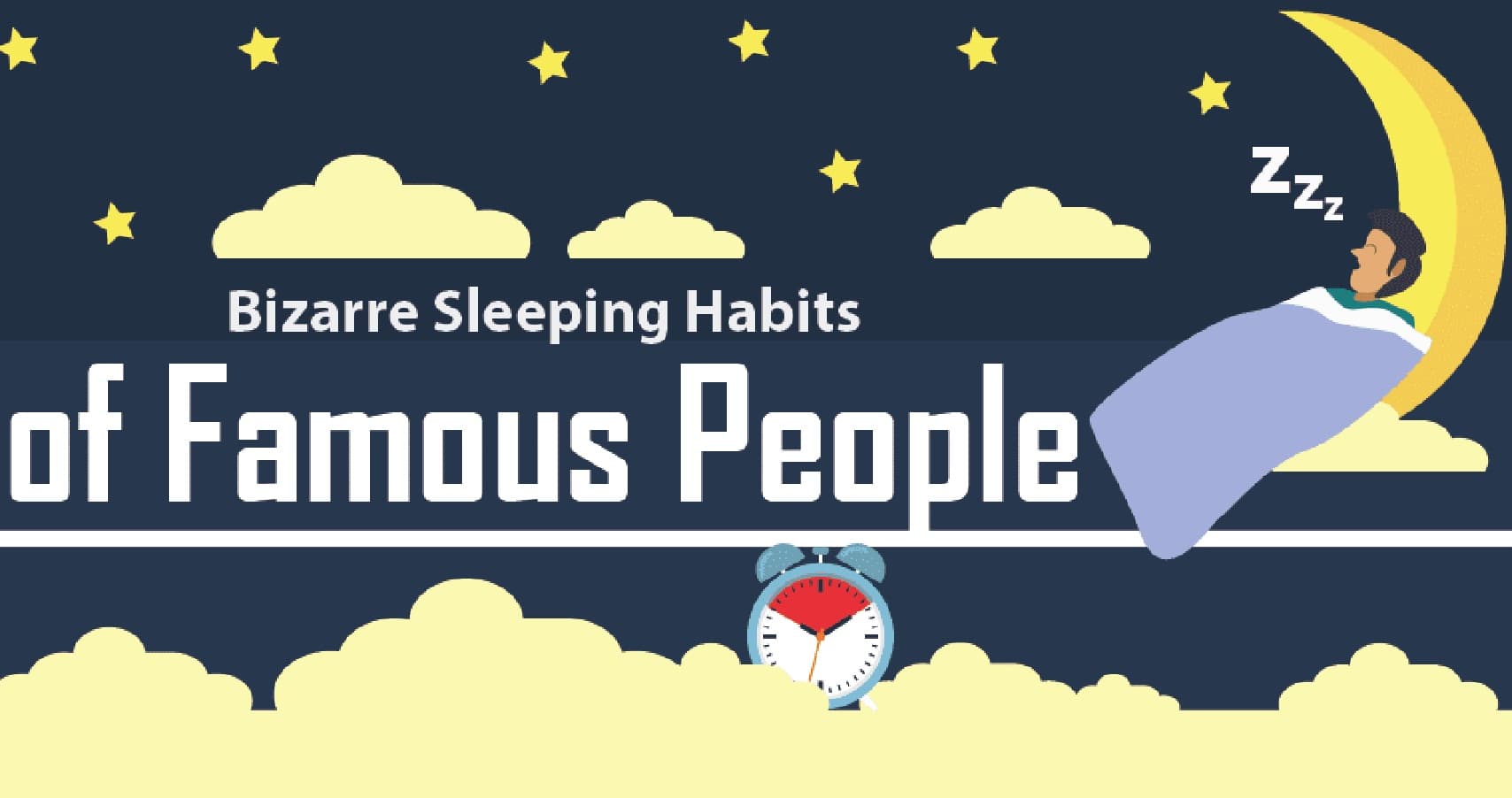 Why do these 61 famous people have such bizarre sleeping habits?

Does success depend on good sleep? Not necessarily… according to this chart of some of the bizarre sleeping habits of the rich and famous.

When it comes to getting a good solid night’s sleep, some people will go to extreme lengths to ensure it goes ahead without disturbance or hindrance. But for others, sleep is not high on their list of priorities and can function on as little as a few hours per night.

Some of the world’s most successful people have claimed to operate on minimum sleep, because it gives them more time to focus on their work. But, whether that is the secret to becoming rich and famous, we cannot say for certain!

Multi-billionaire business magnate and President of the United States Donald J. Trump typically sleeps between three to four hours per night. Sometimes, he sleeps for as little as 90 minutes.

For as many as 19 hours a day, Donald Trump is wide awake (we hope) running the country.

Elon Musk is quickly becoming a well-known figure all around the world, having just launched his very own space mission.

The South African-born business magnate, investor and engineer sleeps six hours a night between the hours of 1am and 7am. He has been known to have slept in his Tesla factory, keeping a sleeping bag in a conference room close to the production line.

Matt Mullenweg is an American social media entrepreneur and web developer, who found his fortune by creating the popular internet blogging service WordPress.

Following the ‘Uberman’ sleeping method, he has six sleeping sessions per day which last around 40 minutes each. That leaves just about 2.5 hours in between each one of his naps.

The American-born Olympic swimmer sleeps in a specially designed chamber which creates an environment similar to being at an altitude of 9,000 feet.

This limits the oxygen and forces his body to work harder to produce red blood cells which gives him optimal physical performance.

The CEO of PepsiCo sleeps for only four hours a night, retiring to bed at 12am and then waking up at 4am.

These are just five of our favourite unusual sleeping habits of today’s leading figures. Want to learn more? Check out this cool infographic courtesy of http://celebjury.com/