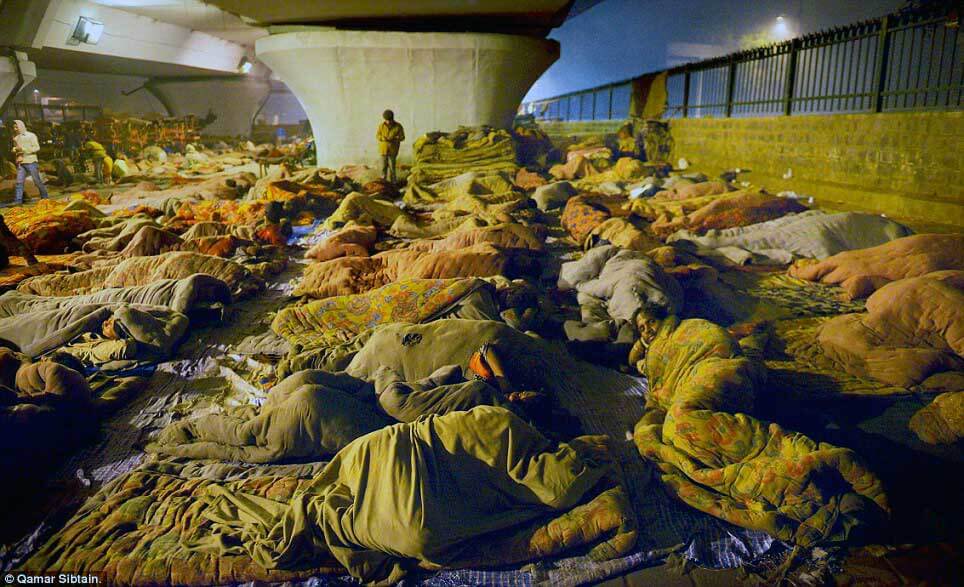 India’s ‘sleep mafia’ and the privatisation of sleep

New documentary explores the sleep mafia', who extort a living from the homeless, renting quilts on a night-by-night basis

As you tuck yourself into bed tonight, spare a thought for the 100,000 homeless sleepers of Delhi, India’s second largest city.

Despite being one of the world’s leading emerging economies, India is still racked by extreme poverty. This is made tragically evident in a new documentary Cities of Sleep, which chronicles the life and death existence of Delhi’s sleeper communities, and the ‘sleep mafia’, who extort a living from the homeless, renting quilts on a night-by-night basis and providing ‘protection’ services.

The Times of India reports:

The filmmaker Shaunak Sen, who spent two years researching the city’s sleep vendors for a documentary, “Cities of Sleep,” discovered a sprawling gray market that has taken shape around the city’s vast unmet need for shelter. In some places, it breeds what he calls a “sleep mafia, who controls who sleeps where, for how long, and what quality of sleep.”

The story of privatized sleep follows a familiar pattern in this city: After decades of uncontrolled growth, the city government’s inability to provide services like health care, water, transportation and security has given rise to thriving private industries, efficient enough to fulfill the needs of those who can pay. Source

India’s privatised sleeper communities provide a sharp relief to the developed world’s idea of what constitutes basic needs. For Delhi’s homeless, sleep has become a struggle for survival. Not being able to pay the quilt-wallah could mean freezing to death on the streets. In contrast, some Western mindsets consider sleep as a disease, something humans would be better off without.

As the Youtube trailer says, Cities of Sleep looks at “not only the tremendous social and political pressure that sleep exerts on the homeless in the city but is also a philosophical exploration of sleep at large.” Check out the Cities Of Sleep Facebook Page for more info.