Co-sleeping demystified: the pros and cons of bed-sharing

Does co-sleeping pose a health risk for your baby, or is it the most natural and instinctive way to help your infant sleep

[toc]Co-sleeping is sleeping near enough that both parent and baby can easily touch, hear, smell and see each other. These recent years, a lot of scientists and mothers have lost some sleep over the confusion brought about by whether or not a parent should co-sleep.

Child-rearing, for most of human history has been a natural and intuitive process. But in the 21st century, we’re bombarded with information overload and parenting is shrouded in conflicting interest and misperceptions.

So let me peek under the sheets and clarify these misconceptions. As a mother myself, allow me to share with you what I think, what resonates, and what worked for me on this co-sleeping debate.

Putting an infant to sleep should be simple. Back then when our ancestors were still living in the cave there were no cribs, no feeding bottle, no (sudden infant death syndrome) SIDS.

Bed-sharing has been the way of life even up to now on some cultures. In this case, the west is totally at odds with the east and with elsewhere around the world in terms of a thing as simple and as vital as infant sleep. Why the mess? Does it even make sense?

Bed-sharing around the world

Most aborigines carry their infants closely, strapped on a piece of cloth kangaroo style. While in the US, small children have a nursery room; an infant electronic monitor and a cold crib on their own, children in Asia particularly in Japan are co-sleeping together with their parents, way into adolescence. Unsurprisingly, Japan has one of the lowest infant mortality rates in the world.

In Africa, you can hardly find a nursery room. Cribs are not that utilized since babies usually slept on the parents’ bed and are allowed to play around the house at daytime.

Even at Southern Europe, England, South and Central America co-sleeping is an unquestionable part of parents’ daily lives. It is a generally accepted fact, so what is this co-sleeping squabble of the Western scientific community all about?

The argument against co-sleeping

Bed-sharing with an infant interferes with husband-wife relations

Safety is the main argument of most doctors out there. It increases the incidence of SIDS or crib-related deaths as per research. In addition to cot death and suffocation, the baby can also fall over especially during his crawling stage.

Some parents believed that the noise they generate when walking, snoring or closing the doors at night time can startle a sleeping baby. Thus, this is the reason behind the popularity of a separate nursery room in the West for babies as young as a newborn.

A baby must learn to fall asleep on his own and the earlier that he learns to do it, the better. A child that is constantly held and cooed to sleep will have a harder time later on to sleep independently.

It will be difficult to convince a growing child to sleep in his own room alone once he is already accustomed to sleeping with his parents. He will have a hard time standing up on his own and will always seek the validation of an adult.

The argument for co-sleeping

Bed-sharing makes breastfeeding easier both for baby and mother. Feeding time is considerably longer for breastfed babies since mommy can fall back asleep once the baby is latched.

More than sustenance, a mom’s breasts are baby’s number one comforter. Likewise, child who has recently learned to speak can also use this time to share stories with his parents. This quiet time is valuable in terms of sharing and tender snuggles.

A baby cries less when mom is just nearby. The rhythmic sound of mom’s breathing and the familiar warmth calms a baby naturally. While sleeping side-by-side, the heart and breathing rates of mother and child fall into a pattern of synchronisation.

This way, the mother can immediately be alerted if baby’s breathing suddenly stops, even while asleep. By being able to immediately respond to every need without crying out, the baby is conditioned to trust their parent.

Co-sleeping + breastfeeding are the best for baby’s health

Even better, babies who are breastfed are more likely to gain weight faster and have fewer incidences of SIDS and childhood infections. Night time breastmilk contains more growth hormone and soothing melatonin to help the baby grow faster during sleep.

It was even said by some experts that these breastfed children will more likely grow into confident and emotionally stable adults, more so than their bottle-fed counterparts.

The main reason most mothers bed share is due to their need to breastfeed and sleep. Mothers who breastfed babies are more likely to practice co-sleeping than those who are into bottle feeding. A mother has lighter sleep all night once she is co-sleeping. Yet based on some expert evaluations, this type of sleep is even better as compared to mothers who have to get up at night to nurse a bottle-fed baby at the crib.

Mothers who breastfed slept better as compared to their non-breastfeeding counterpart. The letdown of breastmilk that releases oxytocin helps these women to feel motherly and relaxed, reducing the risks of postpartum depression.

Breastfeeding is tiring in itself but its positive health effects last long. These same mothers are also less likely to acquire breast, uterine and cervical cancer than women who have not given birth nor have not breastfed at all.

No alcohol and drugs

Taking alcohol before sleeping is a big no-no for parents who co-sleep. Alcoholic drinks alter adults’ sleeping patterns, making them less likely to respond to baby’s cries and movements. The same holds true for illicit drugs and even prescribed medications. A drug no matter how harmless can have an effect on the depth of sleep.

Do not ever sleep together at a sofa or a make-shift bed.

Sleeping together at a roomy bed is risky enough but sleeping side-by-side at a sofa is even more worrying. This is because a common sofa has some corners and cushions that can trap baby and smother him silently.

Tie up long hair and stay away from duvets and covers with exposed threads.

A baby’s fingers and small toes can easily get tangled on mom’s long tresses. What’s more, crocheted covers are usually made of threads that can easily get pulled, tying a baby’s small fingers around them.

Take note also not to wear any jewelry to bed as baby can pick them up and put them in his mouth and hands can also get caught inside these trinkets.

Do not co-sleep an infant with their toddler siblings or with a babysitter.

A baby younger than 18 months must not share the same bed with their older siblings. Older kids and toddlers are usually active sleepers, they tend to toss and make complete turns throughout the night. Their weight might not be much, but it is still enough to suffocate the baby.

In addition to younger kids, be wary also of babysitters who tend to fall asleep with baby on the same bed. They are also not as sensitive as a mother in terms of anticipating and responding to an infant’s cries.

Co-sleeper cribs that are adjustable to the height of a regular bed are your best bet if you are unsure whether the baby will be safe sleeping on a regular bed. This is especially true for obese parents, adults with apnea/sleep disorders or for parents with physical limitations. Co-sleeper and additional guard rails are also applicable for babies that are physically frail or are born prematurely.

Much has been said about the perils of co-sleeping. Yet study after study finds that solitary “independent” sleepers to be more likely to get attached to security objects to substantiate for a parent’s warmth.

Humans by instinct crave for touch and for connection. The feeling of interdependence started in the womb, and it must not stop at birth. There is a reason why co-sleeping is practiced by most native civilizations since time immemorial.

Babies are social creatures; they cannot grow and thrive without an adult’s constant tending and guidance. Rather than letting baby self-soothe itself to sleep at the darkness and cold of the night, why not envelop him on a parent’s comfort and love?

As for me, nothing beats the tender snuggles of my little ones during those cold twilights. That is the way I am raising my children and not surprisingly, they thrived. So why change? 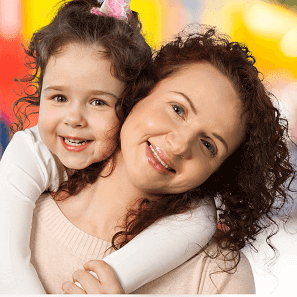 Main editor at Wellbeingkid. A sister, a daughter, a wife, but most especially a mother. Being a mother makes me realize that life is a great adventure. No day is always the same, which makes every day so much more exciting.