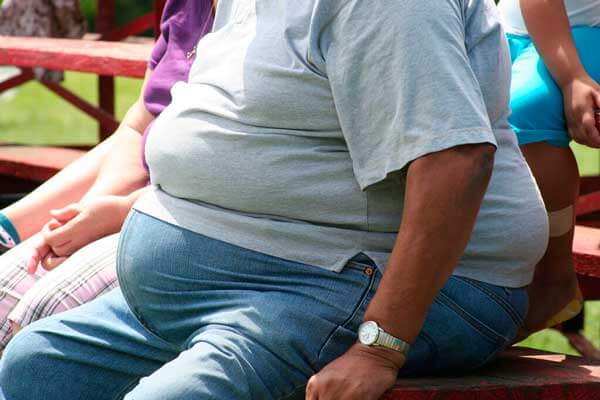 Weight loss and sleep apnea: what does the research say?

What does the research say about sleep apnea and your weight?

It’s been estimated that up to 80% of sleep apnea sufferers are either overweight or clinically obese. Despite this obvious correlation, weight loss programs are rarely advocated as a first line in treating the sleep disorder.

The most common treatment involves using specialised equipment known as a CPAP machine, to assist breathing at night. However, a growing body of research suggests that losing weight is maybe the single most effective way to reduce the symptoms of OSA (obstructive sleep apnea).

A Swedish study published in 2011 looked at the effects of a low energy diet on patients with mild to severe cases of obstructive sleep apnea.

The patients were put on a restricted regime of 500 calories a day for 9 weeks. The diet was based on the Cambridge Weight Plan, consisting of a range of meal replacement products ie shakes, soups, bars and porridge, which contained the necessary vitamins and minerals to maintain balanced nutrition.

At 9 weeks each patient had lost 18 kg (40 pounds) on average. After this period, the participants were put on a weight loss maintenance programme for weeks 9-52 of the study. At the end of the year, although the average weight loss had dropped to 10kg (24 pounds), participants saw a 58% improvement in sleep apnea symptoms.

More surprisingly, when the patients were checked a year later, although some had put the weight back on,  48% of the participants were no longer using their CPAP devices, and 10% experienced  total remission, effectively curing their sleep apnea.

Furthermore, the study found that the more weight patients lost, the more their OSA improved. Commenting on the research, Dr Henri P.I. Tuomilehto of Kuopio University Hospital in Finland said,

“The greater the change in body weight or waist circumference, the greater was the improvement in OSA….. This appears to be a fairly straightforward relationship, and while we would not necessarily recommend the severe caloric restriction used in our study to every patient, one of the first treatment for OSA that should be considered in the overweight patient is clearly weight loss ((Obstructive Sleep Apnea – Losing Weight Helps Obese Patients Science 2.0))

But you don’t have to follow such an extreme diet to see similar result. A study in 2009  examined 264 patients suffering from OSA and Type 2 diabetes over a year long period.

The patients were split into two groups. One was put on an intensive lifestyle intervention (ILI) program which included assigning portion controlled diets between 1200 and 1800 calories. The other group received diabetes support and education (DSE) but no diet program.

At the end of the year, the ILI group had, on average lost significantly more weight than the DSE group (10.8 kg vs 0.6 kg). 13.6% had complete remission of their sleep apnea, compared to 3.8% of the DSE group.

In addition the ILI group had about half the instances of severe sleep apnea as the others. Dr Gary Foster, director of the Temple Center for Obesity Research and Education who co-authored the study said:

“These results show that doctors as well as patients can expect a significant improvement in their sleep apnea with weight loss,”  “And a reduction in sleep apnea has a number of benefits for overall health and well-being.”1

These studies show that a structured weight loss programme can be highly effective at reducing the symptoms of OSA, in some cases causing complete remission. However, OSA itself can be a cause of weight gain , sabotaging any efforts the patient may use to lose weight. Obesity can be both the cause and the result of obstructive sleep apnea, predisposing patients to weight gain.

Dr Lisa Shives, founder of Northshore Sleep Medicine thinks it is unrealistic to think that weight loss can be a first line approach for treating OSA in overweight patients because:

“…the untreated sleep apnea is most likely sabotaging their efforts at weight loss. My approach is to treat the sleep apnea and then work on weight loss with the carrot always being that one day patients may be truly cured of their sleep apnea.”

The fact remains that obesity is a major risk factor for OSA. Losing weight is one of the most effective ways to reduce the symptoms of obstructive sleep apnea as well as adding numerous other health benefits to your life.