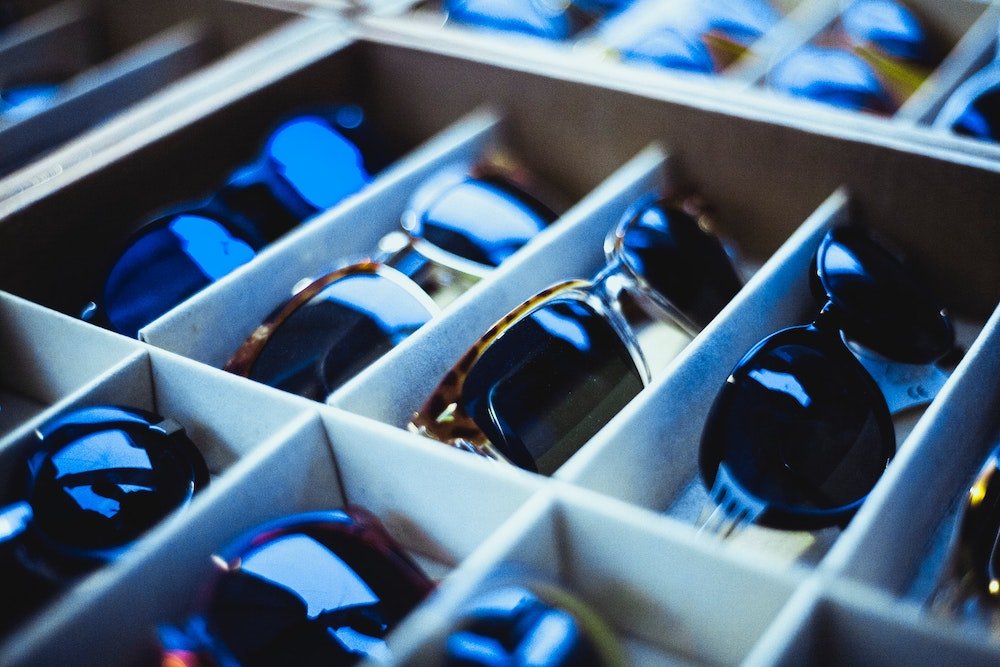 Blue light glasses have soared in popularity in recent years. The global market for blue light eyewear is estimated to reach $29 million by 2024, up from $21 million in 2019, according to the market research company, Market Study.

The manufacturers of these glasses claim they block blue light from digital screens like computers and phones, and with the average American spending as much as 11 hours a day looking at a screen, it’s easy to see why there’s so much buzz around blue light eyewear. In fact, 59 percent of American adults report experiencing symptoms of digital eye strain, such as headaches and blurred vision, according to The Vision Council.

But do blue light glasses actually do much for you? Here’s a breakdown of the potential benefits of blue light eyewear.

What is blue light and why does it matter?

The term blue light refers to a type of visible, high-energy light. It is everywhere, including in sunlight, but you may be most familiar with blue light as it refers to digital screens that also emit blue light rays.

Blue light isn’t necessarily a bad thing, and in fact these rays can help boost attention and mood during daylight hours. But because modern life allows us to use artificial light from lamps, computers and televisions at all hours of the day and night, more people are becoming increasingly concerned with how blue light might affect eye health and sleep.

Eye health experts are a bit conflicted on whether or not blue light causes eye damage. Some eye doctors say filtering out blue light can help alleviate eye strain, while others say there is no evidence to suggest blue light is harmful.

According to the American Academy of Ophthalmology (AAO), blue light does not cause any negative eye health outcomes. Looking at a computer screen all day can cause eye strain, but this can be mitigated by sitting about 25 inches from your computer and resting your eyes every 20 minutes. The symptoms of eye strain, like blurred vision and headaches, should also resolve once you stop using your computer or phone. Ultraviolet light exposure, which is not the same thing as blue light, can cause eye damage, but digital devices do not emit this type of light.

There is more evidence to suggest that blue light disrupts sleep. Because darkness plays a role in melatonin production, which helps you fall asleep, exposing yourself to blue light in the evening can delay or reduce the production of melatonin, making it harder to fall asleep.

“Light in the environment inhibits the secretion of melatonin,” says Dr. Michael Grandner, director of the Sleep and Health Research Program at the University of Arizona. “The sensing systems in the eye that suppress melatonin are especially sensitive to light in the blue-green spectrum.”

Not only can blue light inhibit the secretion of melatonin, but screens can also lead to mental activation and emotional arousal, making it harder to transition your body to sleep, Grandner says.

The two major claims of blue light glasses are that they can prevent eye strain and promote better sleep, but because these products are relatively new, there isn’t a large body of evidence about their effectiveness. The U.S. Food and Drug Administration (FDA) also does not regulate eyewear, meaning manufacturers do not need to prove efficacy before selling blue light glasses.

When it comes to sleep, blue light blocking eyewear may be more beneficial, since less blue wavelength light at night equates to better melatonin expression. A 2017 study from the University of Houston examined the effects of blue blocking glasses on sleep and found that the participants who wore the glasses had a 58 percent increase in their nighttime melatonin levels compared to the participants who did not wear the glasses.

Blue light blocking glasses could be beneficial, especially in helping you sleep, but there are other ways to reduce the effects of blue light at night.

One way is to simply not use your digital devices in bed, says Michael Herf, creator of the color-shifting app, f.lux, designed to adjust the warmth of light coming from devices and remove blue-green light. If you are going to look at a screen in bed, another way to reduce the stimulating effects of blue light is to use light-shifting technology like f.lux or put your device on night mode, which reduces the amount of blue light coming from the screen.

“People should be most worried about screen use within about an hour of bedtime, and also after getting into bed,” Herf says. “It’s best if you can use screens as little as possible during these times, but reducing the light can also help.”

Many eyewear manufacturers advertise clear glasses that block blue light, but these are not very effective, Herf says. “For sleep, you want something stronger, and only at night,” he says.

To get the most out of blue blockers, you’ll want to consider colored lenses that are yellow, amber or orange, Herf suggests. These glasses filter out most blue-green waves, while still allowing warmer color to come through.

If you do decide to give blue light glasses a try, they can range in price from $10 to more than $100. Paying for a more expensive model may be more fashionable, but it doesn’t necessarily mean you’re getting a better product, Herf says. In fact, one affordable option is the $10 UVEX skyper sct-orange model, which blocks out blue light by as much as 90 percent.

While there is some anecdotal evidence that blue blockers can alleviate symptoms of eye strain, like headaches, there is no real benefit to wearing them all day, Grandner says. In fact, limiting your exposure to blue light during the day can actually disrupt your internal clock since taking in light helps signal our brains when we should be alert and when it’s time to sleep.

Blue light blocking glasses can reduce some of the stimulating effects of blue light before bed, but the best way to establish healthy sleep habits and promote adequate melatonin production is to ditch the screens at bedtime altogether.

“Blue light blocking glasses will likely help, as might screen dimmers that suppress those elements of light from screens, “Grandner says. “They may protect against the light effects, even if they don’t do much for the mental activation or distraction. It would be better to put down screens or at least switch to less activating activities on screens within a half hour before bed.”