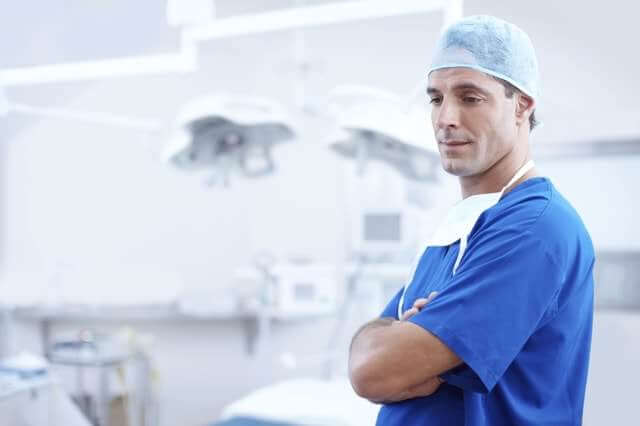 Would you trust a doctor who’s been awake for 28 hours?

The long hours that trainee doctors work are set to nearly double if new recommendations are followed.

Helen is a medical intern in her first year of on the job training. She’s at the end of a 16-hour stretch, the 5th such shift during her week.

Unsurprisingly she’s tired. Really tired. And disillusioned. Not just with the work, but with life in general. In fact her life is so stressful she has to take anti-depressants to manage her moods. In her private moments she entertains thoughts of suicide.

Helen is not a real person, but if you think her circumstances are atypical, you’re wrong. The above scenario is shockingly common amongst doctors in training.

Training to be a doctor can make you depressed and suicidal

The time-starved, sleep-deprived schedules of doctors in training have been a topic of news lately because of the publication of an ominously titled  meta-analysis in December 2016 titled “Prevalence of Depression, Depressive Symptoms, and Suicidal Ideation Among Medical Students”

The study makes for grim reading. It found that over 1 in 4 medical students suffer depression or depressive symptoms, whilst more than 1 in 10 entertained thoughts of suicide.

According to a recent piece in Scientific American, it’s not that medical students are more prone to depression, but that the training system itself may be a causal factor. As Daniel Barron explains:

Medical trainees are not depressed or suicidal because they are disgruntled (though for some this may be the case). They are depressed…[]…..because they have been pushed beyond their human, physiological limit by chronic stress and sleep deprivation; because in the intensive care unit or on the medical floors they’ve stared disease and death in the face; because despite courageous efforts, they have watched patients’ fragile lives slip away.

So why are doctor’s shifts being increased?

So, one would logically conclude that this disturbing evidence would necessitate a call to action. A re-assessment of the how punishing doctor’s work schedules are. Perhaps some recognition that apart from tiredness, stress and depression,  sleep deprivation impairs cognitive performance, contributes to a host of chronic health conditions, increases the chances of accidents, and if that’s not enough it’s also considered a form of torture,

But no. Instead of a giving trainee doctors a break, the Accreditation Council for Graduate Medical Education (ACGME), the body responsible for accrediting medical students in the US, has scrapped the 16-hour work limit for interns in favour of new proposals which could see doctors working for up to as much as 28 hours at a stretch.

So why, in the face of so much evidence of the dangers of fatigue and sleep deprivation, has the ACGME decided to increase not decrease the work load of junior doctors. As Daniel Barron explains again:

This policy reversal was based on the FIRST trial, which showed that “less-restrictive duty-hour policies [read: longer shifts] were not associated with an increased rate of death or serious complications [in patients].” Dr. Thomas Nasca, ACGME’s chief executive officer, defended the change: “Just as drivers learn to drive under supervision in real life on the road, residents must prepare in real patient-care settings for the situations they will encounter after graduation.”

It’s worrying that the medical profession can take such an unenlightened stance towards matters of sleep. But perhaps more to the point is the question you should ask yourself next time you end up in hospital – if you had the choice, would you really want to be seen by a doctor who has been awake for 28 hours?

Read the full story on the original webpage at blogs.scientificamerican.com