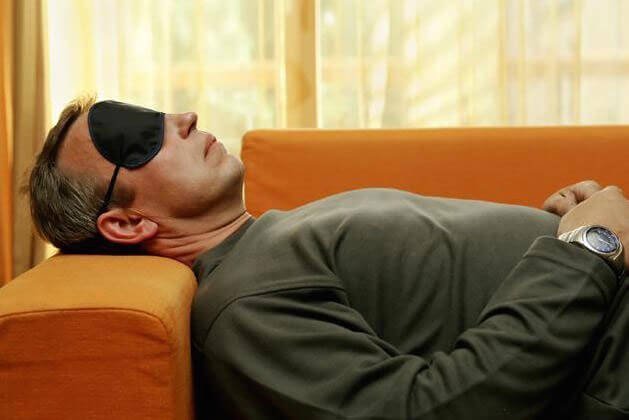 Are humans designed to sleep in one consolidated amount, or spread out throughout the 24 hours period?

If there was a way to reduce the amount of sleep you needed, would you take it? For many, it seems a no-brainer  decision; less sleep means more awake time – more time for work, more time for play. What could be better?

In recent years, this conviction – that active hours are more valuable than restful ones – has fuelled a culture of competitive sleep deprivation. People we look up to – CEOs, politicians and ‘life-hackers’  routinely wear their lack of sleep like a badge of honour, echoing the sentiments of Thomas Edison, who claimed that sleep is little more than ‘a waste of time‘.

But unless you have a genetic propensity to sleep less, how exactly do you go about the process of reducing your sleep time, without becoming a listless, brain-fogged zombie?

To some, the answer lies in polyphasic sleep. Whilst most of us sleep in a  monophasic pattern (one consolidated 7 or 8 hour period),  polyphasic sleepers break up their sleep into several bouts spread throughout the day.

A number of polyphasic schedules have been devised, with exotic names such as Uberman or Dymaxion.  The overall goal however is the same – to reduce the amount of sleep that people need. But the question remains. Is this really possible?

Despite its popularity, the actual scientific evidence on polyphasic sleep is severely lacking. Some support for the basic principle of polyphasic sleeping comes from historical investigations.

The historian Roger Ekirch has argued that before the Industrial Revolution (and the invention of artificial light) , the prevalent pattern of sleep in Western civilization was biphasic sleep – that is, sleeping in two distinct chunks instead of a consolidated period.

But as well as Ekirch’s historical evidence, ‘segemented sleep‘ has also come under the scrutiny of scientific analysis.

In a seminal piece of research in the 1990’s , psychiatrist Thomas Wehr devised an experiment to examine what would happen if people were subjected to a light/dark cycle similar to the natural durations of day and night in winter.

Participants were allowed to walk around in ambient light indoors and outdoors for 10 hours each day. However, for the remaining 14-hours, they were confined to a totally darkened room, with no access to any sort of entertainment.

The results showed that their sleep episodes divided into two bouts, with a 1–3 hour waking interval between them. This suggests that humans, without the influence of artificial lighting are naturally bi-phasic.

However, this doesn’t help if you’re looking to decrease your sleep duration. In Wehr’s  experiment the total sleep length actually increased from 7.26 to 8.36 hours.

But what happens in real life?

In the real world humans are rarely subject to 14 hours of night, never mind total darkness. However, a more recent study by Cambell & Murphy in 2007 highlights how individuals quickly switch into a biphasic sleep pattern, even if they have access to artificial light.

Participants lived in small apartments shielded from natural light and other external cues to time of day. After a few days living in these conditions, individuals began showing biphasic patterns of two sleep bouts of multiple hours. Perhaps it is just the requirements of modern life that means we sleep in one long phase?

Either way, it seems that biphasic sleep is possible, and potentially even ‘natural’, despite it not necessarily decreasing the amount of sleep you need. But what about the more extreme forms of polyphasic sleep?

So what about polyphasic sleep?

Perhaps for ethical reasons, there’s not a lot of scientific literature concerning extreme sleeping patterns. Most of the evidence comes from sources such as the military and NASA. It’s easy to see why soldiers or astronauts might benefit from having more flexible sleep schedules, and maintaining prolonged vigilance.

In these cases it is expected the subjects would be unable to sleep in a single monophasic pattern, thus the emphasis is to refresh the participants as much as possible.

For example in 1988, Claudio Stampi analysed the sleep patterns of 99 individuals involved in long-distance ocean sailing races. For these individuals, a long sleep duration is impossible as they need to be awake to man their boat.

Stampi found that the sailors adapted to an unregulated polyphasic napping schedule fairly easily. However, race performance was negatively correlated with the duration of each sleep episode and total time asleep. Essentially, the more sleep the sailors got, the better they performed. Not the best news for supporters of the polyphasic sleep pattern.

Attempting to build on similar studies, Prof. David Dinges, as part of his research work for NASA, has attempted to turn the art of napping into a science. He states “You have to be deliberative about when you’re going to nap, how long you’re going to nap and if you’re trying to use the nap relative to work or what you have coming up”.

Dinges suggests that napping definitely has benefits over not-napping but they only provide a short-term fix. “They cannot replace adequate recovery sleep over many days,” states Dinges.

No hard evidence yet

So when all the anecdotes and the non-peer reviewed research is moved aside, the jury is still out on polyphasic sleep. As far as this writer can see, no scientific empirical evidence has attempted to measure the effects of regular interval polyphasic sleep. Which is surprising given the amount of publicity it has gained over the past few years.

There appears to be some evidence that biphasic sleep could work, but don’t expect to gain any extra time in your day. As for extreme sleep patterns, all we can do is try it and see if it works for us. But don’t expect to give up your 8 hours of kip just yet.