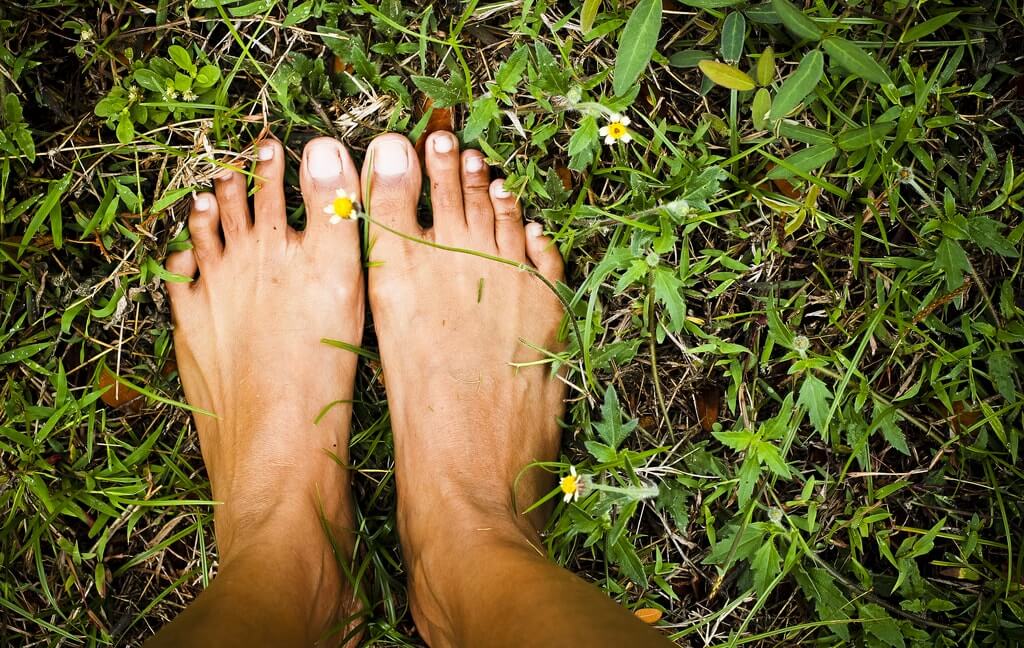 The global sleep industry is enjoying a renaissance. The growing demand for sleep aids and devices have turned sleep into a $100 billion market in the US alone.

But alongside the prescription drugs, over the counter sleep aids, mattresses, pillows and hi-tech sleep gadgets on the market, people are also seeking out other methods to help them get some quality sleep.

Take for example, the recent YouTube-inspired ASMR phenomenon, or the growing popularity of mindfulness, meditation and sleep yoga. Everywhere you look, its seems that there’s a new way to help you fall asleep.

Another alternative sleep therapy that’s risen to fame in recent years is earthing, popularized by actress Gwyneth Paltrow and her Goop lifestyle brand.

Earthing (sometimes called ‘grounding’) is based on the idea of improving your health and wellbeing by utilizing the earth’s natural electrical energy.

Advocates of earthing claim that connecting your body to an earthed surface is extremely beneficial to your health, and that the earth’s natural electrical energy can help neutralise free radicals, inflammation, and disease in the body.

This concept, that nature is a healing force is not a new one. It’s a widespread, and ancient belief. Whether it’s the Ancient Greeks, or modern day Japanese ‘forest bathers‘, for millennia humans have acknowledged the inseparable relationship between humans, nature, and health.

Earthing falls neatly into this category of nature-inspired health therapies. And although research is limited at present, it hasn’t prevented the spread of a growing community of  earthing devotees who claim the practice has been found to reduce chronic pain, encourage deeper sleep, increase energy levels, lower stress, aid in muscle recovery, and relieve muscle tension.

How to practice earthing

The simplest way to try earthing for yourself, is to simply go outdoors, and walk bare foot in direct contact with the ground, ideally for at least thirty minutes. But there are other ways too, such as:

Sleep grounded: the main benefit of practicing earthing whilst asleep is that you remain grounded for a long period of time. You can buy conductive sheets, pillows, earthing sleeping bags and grounding mats to help facilitate this

Using an earthing aid: earthing has become a big industry and there are accessories for just about every occasion, skin patches, car seat pads, floor mats, and mouse pads are just a few ways you can practice earthing on a daily basis

Earthing footwear: special shoes containing copper plates allow you to walk around without having to be barefoot.

Swimming: being submerged in natural bodies of water, ideally saltwater is another recommended earthing technique.

The discovery of earthing

The modern concept of earthing was borne in the late 1990s, via former cable television executive named Clint Ober, often described these days as the ‘father of Earthing‘.

Ober knew that a well-earthed television cable produced a high-quality image by preventing electrical disturbances and signals from leaking out.

Ober also noticed that most people he knew wore synthetic-soled footwear which insulated them from the Earth’s current. He began to wonder what effect, if any, this widespread but relatively recent disconnect with the earth had on the human body.

Because synthetic-soled footwear is made of non-conductive materials, Ober realised that most humans would in turn be less grounded.

Ober decided to pursue his curiosity and began some experiments to look at the effect of grounding on human health.

Ober examined how being grounded affected people’s sleep quality. Throughout his studies, he found that participants slept better and had a reduction in aches and pains when they were grounded and connected directly with the Earth.

After years of research, Ober received scientific support when the 2004 Journal of Alternative and Complementary Medicine published one of his studies. The report stated, “Earthing during sleep resynchronizes cortisol secretion more in alignment with its natural, normal rhythm.”

Since then, more research has been carried out, although these have been mainly small scale studies, some of which have been funded by the Earthing industry itself.

While some critics have said there is not enough evidence to support the positive effects of earthing, there are several studies that have investigated how Earthing has impacted the lives of the sample groups.

In one study focused on sleep quality, a group of 60 people experiencing chronic pain and poor sleep quality were examined. Half of the group slept with an Earthing sheet on their bed, while the others slept with a placebo sheet.

Participants who slept with an earthing sheet stated they experienced reductions in chronic pain, respiratory issues, arthritis, sleep apnea, and hypertension. The other participants, who slept on a placebo sheet, did not experience an improvement in their symptoms.

Sceptics of earthing have argued that the concept has grown in popularity due to the commercial opportunities it could present for companies. Critics have also stated the studies completed by Ober were not well enough designed to deliver conclusive results.

Like many other alternative health options available today, further research over time will help to fully investigate and report the effects of earthing on sleep quality.

The idea of earthing outside, and making the effort not to be distracted by devices such as a cell phone or laptop, supports the common advice people receive about reducing electronic device use before bed time for better quality sleep.

Earthing has grown in popularity in recent years notably down to the celebrity Gwyneth Paltrow claiming it has helped her improve her mood and overcome various health issues including insomnia and inflammation.

Paltrow’s lifestyle and wellness brand Goop have helped popularize the earthing movement by promoting the “intuitive assumption that connecting to the energy of the planet is healthy for our souls and bodies”.

If you’re unable to go outside to experience earthing, there are several products available to bring the benefits of earthing inside your home. These products include earthing mats, earthing sheets, earthing patches, earthing throw blankets, earthing body or wrist bands, and earthing yoga and fitness mats.

With the ability to try earthing by simply stepping outside (if weather permits) and feeling the Earth beneath your feet each day, it’s certainly a viable option for people searching for ways to improve their sleep quality without medication.

The Healing Effects of Grounding the Human Body: https://www.huffingtonpost.com/entry/the-healing-benefits-of-grounding-the-human-body_us_592c585be4b07d848fdc058a

The Biologic Effects of Grounding the Human Body During Sleep as Measured by Cortisol Levels and Subjective Reporting of Sleep, Pain, and Stress, 2004, Maurice Ghaly, M.D., and Dale Teplitz, M.A.The Journal of Alternative and Complimentary Medicine. Source