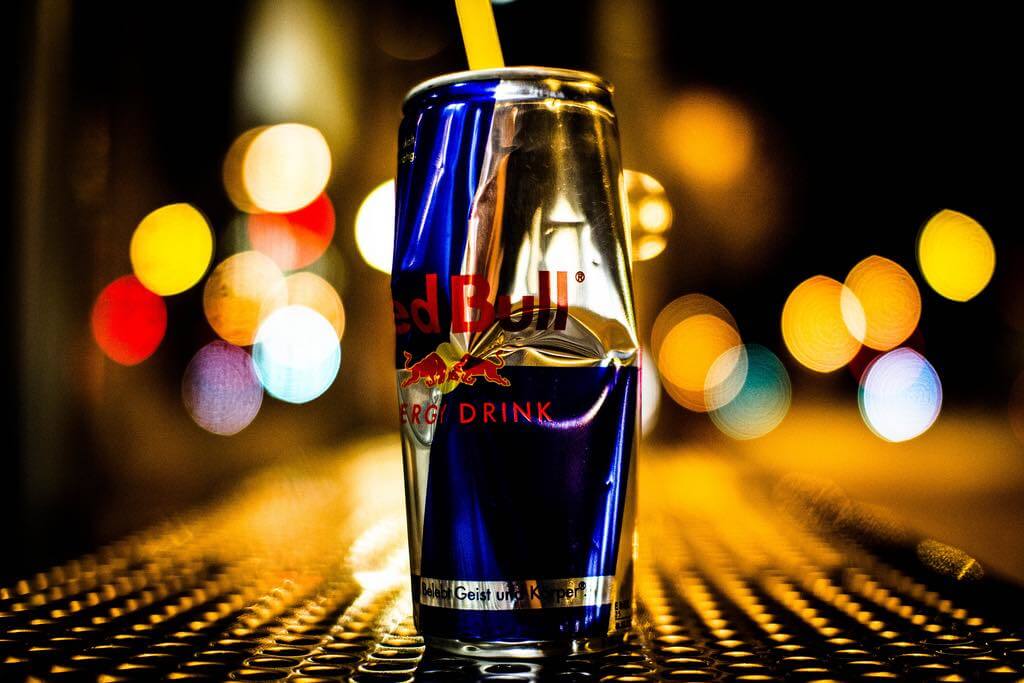 Energy drinks: the enemy of sleep?

Energy drinks have never been more popular and accessible. But what are the consequences for our sleep?

Coffee is the legal high of our times. When there’s too much to do and too little time to sleep, a cup of Joe is the standard go-to for that extra burst of energy or stamina.

We’ve discussed the impact of coffee on sleep elsewhere, and how it can trick our brains into feeling more energetic and alert, albeit for a short time. But perhaps less well known are the health effects of canned energy drinks like Red bull, Rockstar, Monster and a hundred other copycat brands.

Global sales of energy drinks have risen 30% in the past 5 years, and a staggering 8 billion litres were guzzled in 2015. The trends look set to continue, with growth markets like China helping to create a predicted $61 billion industry by 2021.

But the slick marketing campaigns mask a catalogue of negative health effects including insomnia, headaches, rapid heart rate, hormone imbalance, obesity and tooth decay to name a few. And while it may be tempting to down an energy shot to compensate for a lack of sleep, you need to be aware whether your Red Bull will actually give you wings or send you crashing into the ground.

What’s in your energy drink?

Most energy drinks pump work simply because they are chocked full of caffeine and sugar. Sugar provides an instant dose of energy that keeps you going before the caffeine kicks in, which usually takes around 15-20 minutes before you feel the effects.

However, popular supplements added to energy drinks, (like guarana, taurine, ginseng, and B vitamins) are usually in minuscule quantities. Research has shown that any likely performance enhancement from energy drinks comes from sugar and caffeine, not from these added supplements.

Essentially, energy drinks work by compounding a lot of ingredients that deliver bursts of energy and alertness. Each of these elements helps us shake off exhaustion and bolsters our alertness for a short period.

How energy drinks mess with your sleep

Downing an energy shot is fine once in a while. It can help you get through the occasional study session, a long drive home, or project deadline. But when you turn to energy drinks on a daily basis, they can wreak havoc on your health and sleep, in many ways:

Caffeine can rev up your system when you’re tired and need to be alert. But too, and it stops you from getting restful sleep, since the brain doesn’t get a chance to recharge its batteries. The result? Feeling sleepy and tired the next day, and even dozing off at inopportune moments.

One study on adolescents showed that combining late-night technology use with caffeinated drinks resulted in excessive daytime sleepiness and reduced multi-tasking abilities. Caffeine consumption was 76% higher among the students who fell asleep during school times.

Caffeine has a half-life of around six hours. That means if you drink a can of Monster at 10pm, at 4am in the morning, 50% of the caffeine is still in your bloodstream. This means that even when you decide to sleep, it will not be the restful sleep your brain and body need; leaving you tired, slow, and foggy the next day. Over time, this can also lead to physical health issues.

Some energy drinks claim that they are low on caffeine but high on energy. But basically, these drinks just contain different types of sugar, and in some cases, obscene amounts.

So whilst you might feel a rush after drinking it, in the next hour or two, you crash back down to feeling tired and sleepy. In fact, high doses of sugar can actually induce sleep in a tired person, rendering the energy drink ineffective.

The biggest problem with energy drinks is really the amount of Caffeine or Sugar that gets packed into  seemingly small drink. One serving of an energy drink can deliver the amounts that far exceed our average cup of coffee.

When people habitually turn to energy drinks to help them get through the day, they may just be making things worse in the long run. Studies done with active military professionals as well as with regular college students showed that drinking multiple energy drinks in one day resulted in serious health consequences.

In both cases, those who consumed the most number of energy drinks slept far lesser than others who drank few or no drinks; and they slept less peacefully when they did.

It’s also no surprise then, that they had trouble staying awake in the day, and would fall asleep or feel drowsy whenever their bodies got a chance to relax.

These participants reported feeling tied rapidly, and were more likely to fall asleep when they were doing something relatively sedentary. They were also the most likely to be taking medicine for sleep issues. In the study with college students, this impact was seen with as few as 3 drinks a week.

Another study found that college students usually had a couple of energy drinks a week; but used up to three at a time when partying. At such times, they often mixed these with alcohol. Popular reasons for turning to energy drinks were to get by with less sleep, to increase energy, and partying.

Consuming multiple energy drinks in a short time is also reported to escalate existing health issues or eating disorders. The high amounts of caffeine and sugar in these drinks can also create risks when mixed with alcohol.

The depressing effect of alcohol when miked in with the stimulating one of caffeine can actually keep people drinking more than usual; compromising their faculties even more. Even drinking a lot of energy drinks just by themselves can overload our system, and cause sleep, mood, and health issues.

Energy drinks can be helpful when consumed in moderation. But have too many at once, or mix them with alcohol, and they can create more problems than they help solve. Regardless of how many energy drinks a person drinks, there is no better way to be alert and energetic than to have had a good night’s sleep.