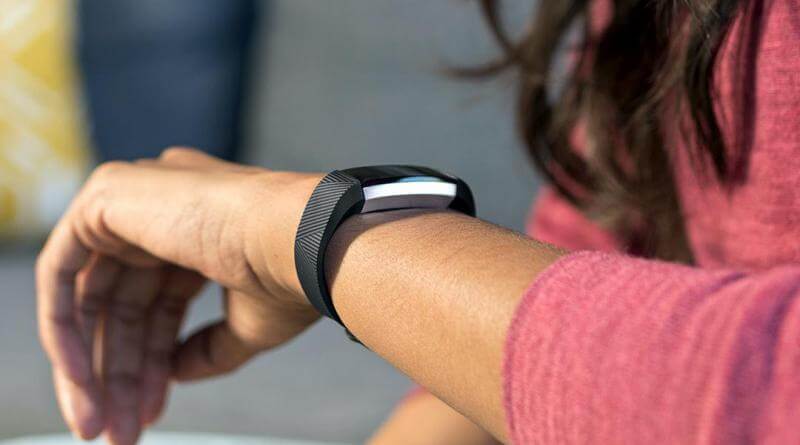 In the world of digital health, when Fitbit makes an announcement, everyone listens. The market leader in wearable activity trackers is a rare ‘unicorn’ in the industry – a billion dollar giant capable of setting trends and shaping the vision for the future of wearable tech.

So you would imagine that Fibit’s Alta HR (heart-rate) wristband, which launches alongside two brand new sleep-related software features, would herald some exciting and innovative technology.

But digging a little deeper, Fitbit’s newest model seems somewhat less than trailblazing. In many ways the Alta HR is not so much vying for the title of best sleep tracker,  rather it is playing catch-up with its more innovative industry peers.

In contrast, many other wearables, including Jawbone UP, the Basis Peak, Microsoft Band and the Oura wellness ring have incorporated heart-rate monitoring in their sleep tracking algorithms for years.

With the launch of the Alta HR however, Fitbit hopes to change all that.

In addition to the new Alta HR product launch, Fitbit have, for the past two years also been working with scientists and researchers to build new software algorithms to provide more accurate sleep monitoring, and also give users practical, actionable advice about improving their sleep.

The results of their efforts are two new software features, Sleep Stages and Sleep Insights.

Sleep Stages uses accelerometer data and heart rate variability (a measure of the gaps between heartbeats) to algorithmically estimate how long you spent in light, deep, and REM sleep stages. Sleep Stages will be available on the new Alta HR, and on existing Fitbits that feature their PurePulse heart rate tech.

Sleep Insights uses all of your Fitbit data, including diet and exercise to discover patterns and trends in your daily activities that might be affecting your sleep. The software then offers personalised advice on how you might improve your sleep. Sleep Insights will be available to all Fitbit devices that offer sleep tracking, regardless whether they feature heart rate monitoring or not.

To develop the new software, Fitbit set up camp in the labs of Johns Hopkins University, Stanford University, and the University of Arizona working with leading sleep researchers.

For Sleep Stages, scientists monitored hundreds of nights of sleep using volunteers who wore a Fitbit, whilst simultaneously hooked up to a polysomnogram, the gold standard in clinical sleep testing. They then used this data, along with existing research, to design an algorithm that could infer sleep stages using just movement and heart-rate alone.

Sleep Insights on the other hand is more of a big data, number-crunching venture. Using Fitbit’s vast, existing user database of over 3 billion nights of logged sleep, a panel of experts came up with a list of observations that could be translated into actionable ‘insights’ into users’ sleep habits. The Fitbit blog suggests one such potential insight might be:

“You sleep a bit better on nights after a run. It’s subtle, but you spend 5 fewer minutes being restless/awake on those nights.”

Whilst these are laudable improvements to Fitbit’s sleep tracking technology, the fact remains that, as with all consumer sleep technology, the software and algorithms are proprietary, and in reality, there’s no objective way to tell how accurate Fitbit’s new sleep features are.

Despite Fitbit’s claims that their new software offers ‘data previously only available through a sleep lab’ , most practioners would agree that accurate sleep staging can only be determined using additional metrics such as brain activity (EEG) and muscle contractions (EOG, EMG).

Another possible cause for concern is Fitbit’s ongoing class-action lawsuit where users have complained about the accuracy of its PurePulse heart rate monitoring technology.

But perhaps one big advantage Fitbit has over clinical research is its vast resource of biometric data gleaned from millions of existing Fitbit wearers. Although as yet unproven, in terms of efficacy, this type of big data offers unprecedented insights into sleep and exercise habits, on a scale not possible with ordinary research methods.

One thing’s for sure however. Fitbit is a company with huge resources and experience, and has every motivation to try to make its sleep tracking technology the best in class.