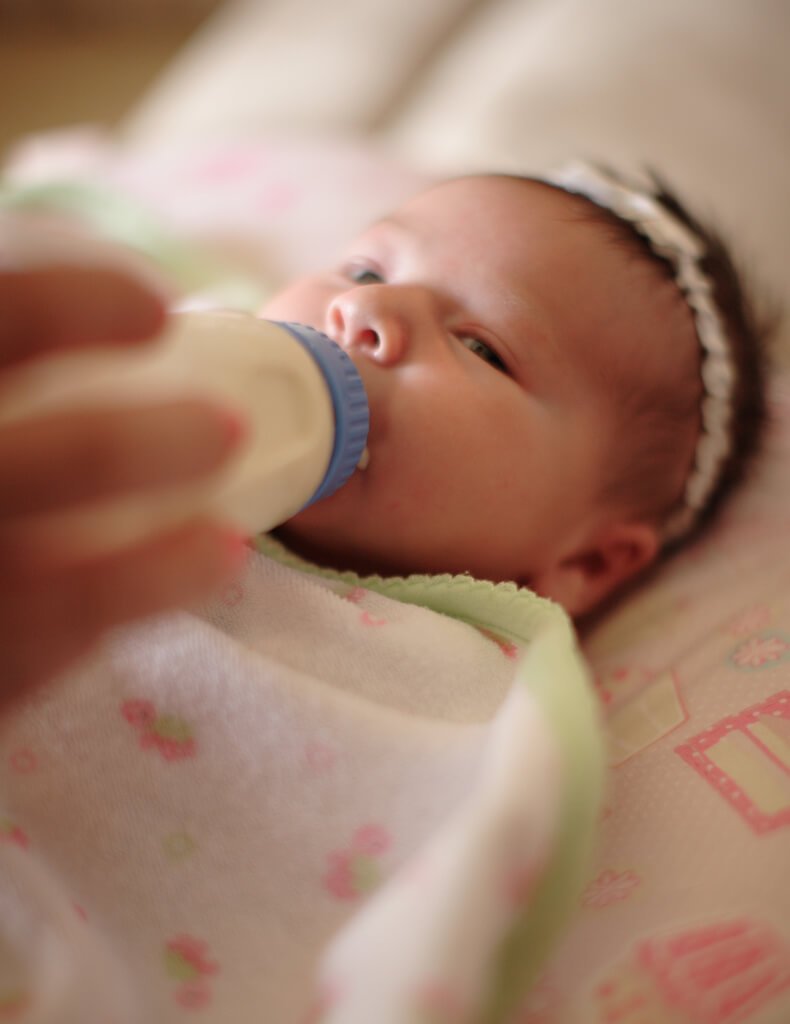 Hunger, feedings, and you baby’s sleep

How does your baby's hunger and feeding habits relate to their sleep patterns?

For those of you who are reading this and have experienced parenthood, I am sure that at some point you were told to feed your child right before they go to sleep in order to help them sleep longer.

I find it unbelievable how commonly this myth is presented on a daily basis, but again who is supposed to clear up these common misconceptions? I recently learned the answer, Certified Child Sleep consultants.

Sleep is driven by our brains, not our stomachs. During a full night’s sleep, babies as well as adults, shift from light sleep to deep sleep causing slight awakenings during this short transition.

This shift in sleep phases is not related to the amount of food in our stomachs, it is a natural occurrence, part of the biological sleep process. According to sleep expert, Dr Marc Weissbluth

“some arousals, however, always occur naturally during healthy sleep. The brain, not the stomach, makes arousals. Please don’t confuse arousals from sleep with hunger.”

I too was given this information when I became a mother, and remember trying to time my son’s daily intake of rice cereal right before we put him to bed.

It never worked like everyone said it was going to, and now I realize how silly it was for me to even have expected it to. Often, a  night time feeding will act in opposition to your body’s ability to stay asleep.

Many clients that I work with have unintentionally created an eat/sleep association for their little one. This means their child only falls asleep while nursing or drinking a bottle and then as a result, when the child awakens in the middle of the night, they think that they need to eat in order to fall back to sleep.

The process of breaking this habit is grueling, which is the reason I tell expectant parents to prepare themselves beforehand so they don’t have to go back and correct this sort of behavior. Sleep doctor, Richard Ferber says

“Extra nutrients ingested at night will stimulate your child’s digestive system, which should ordinarily be relatively inactive during the night. The process of metabolizing those nutrients will alter patterns of functioning in other body systems; it will trigger or inhibit the release of many different hormones, and it will raise the body temperature, which is normally low at night. The overall result is that many important biological rhythms that are closely tied to the ability to sleep are disrupted.”

“If your child is used to being fed often during the night, she is likely to wake up hungry. She will eagerly nurse or take her bottle, but she has simply learned to eat on this schedule and does not actually need food at these times. This learned hunger then becomes a trigger for extra waking’s. Her sleep at night won’t consolidate into long periods, but like the sleep that occurs in the daytime, it will remain as mere naps between waking’s and feedings.”

This is a tough one to decipher for the new parent. The goal is to feed your baby when they are hungry and soothe them when they are sleepy. Learning the difference is often half the battle. It is essential to remember that the point of feeding is to take away the hunger, not to put your child to sleep. Dr Ferber again,

“Most nighttime feedings should be in the range of four to eight ounces. Giving more than eight ounces is unnecessary, if the goal of the feeding is only to satisfy hunger, and feedings of less than four ounces usually reflect a habit of sucking more than they do true sensations of hunger.”

In a two parent household, it’s often a good idea for Dad to take over the soothing process once the feeding is finished. This idea, referred to as “fathering to sleep,” is what I refer to as the “secret weapon” brought in to get the job done.

Whereas it’s easy for a nursing mother to give in and let the baby suckle to sleep, for Dad, this isn’t an option. A nursing Mom who is exhausted in the moment will be tempted to give in and nurse just to be able to get themselves and their baby back to sleep as quickly as possible; and as a result, has just rewarded their child’s long process of protest with a feeding.

Babies can also smell Mom’s milk which causes them to put up more of a fight than they would if Dad was handling the soothing at this point.

If you’re struggling to get your little one to sleep, my New Parent Tutorials are a great way to prepare expectant parents for these types of situations, and especially poignant for the father to learn how, and when to take over and remain consistently involved in soothing their child.