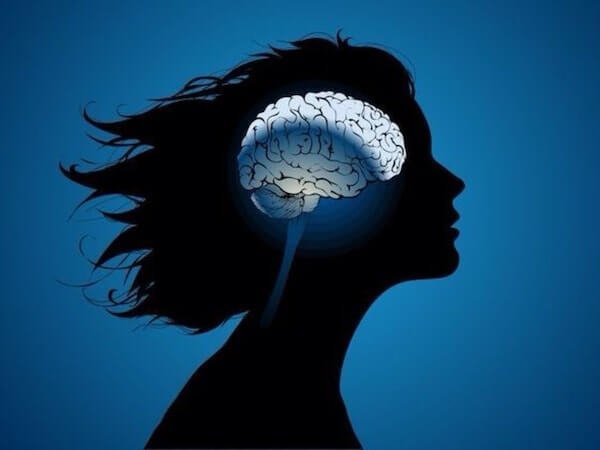 Melatonin is a popular over-the-counter supplement and sleep aid. More and more people are taking melatonin for various sleep related issues and an increasing number of parents are turning to melatonin as an answer to their children’s sleep problems.

Part of this rising trend is the perception that melatonin is a ‘natural’ product, and it appeals to those who don’t want to take prescription sleep medications.

The problem is, melatonin, being a supplement, not a medicine as such, is not regulated in any way, and there are no universal safe guidelines for dosages, risk factors etc. Studies have shown melatonin content can vary considerably depending on which brand of melatonin you buy off the shelf –  so you need to 100% sure of exactly what’s in your supplement.

So, the question is, what are the benefits and the risks? Is melatonin safe enough for children or adults to take?

Naturally occurring melatonin is a hormone that is released by the pineal gland as darkness falls. It is also found in some foods; which is why it is sold as a sleep support supplement rather than a medicine in USA.

Among other things, it makes us drowsy and helps activate the sleep centers of the brain. But sometimes illness or lifestyle can interfere in the release of melatonin, making it difficult for us to sleep.

Melatonin is not just a sleep aid

In the 20 odd years since scientists created the first man-made synthetic melatonin supplement, melatonin has become a popular self-administered treatment for sleep related problems including insomnia.

Artificial melatonin is chemically identical to the natural hormone, and besides sleep disorders, studies have shown that melatonin supplements may be effective for a wide range of conditions from high blood pressure to sunburn.

Melatonin is undoubtedly a very useful product. But it’s use has been shrouded in controversy, especially due to the relatively unregulated nature of it’s sale, the lack of research, and confusion over the correct dosages.

Melatonin – the positive side

Perhaps the best thing about melatonin as a sleep aid is that compared to prescription sleep meds, it has relatively fewer side-effects.

In terms of efficacy, many studies have found that melatonin can help people fall sleep faster. The effects are quite modest, and seem most prominent for younger children and older adults. It also helps increase the sleep duration slightly, leading to a more restorative sleep.

Here are some specific instances where studies have proven melatonin to be an effective treatment for sleep problems.

In two separate studies on children with neurological disorders, short term use of melatonin helped reduce the amount of time required to fall asleep, and increase the total time the child slept. Night time waking was not affected, and no major side-effects were observed by either set of researchers.

Melatonin was not habit-forming, and it did not cause any major side effects with either group of children.

Children struggling with issues like autism and ADHD find it difficult to relax; and thus, to fall asleep. Often, the child may also be resistant to other forms of treatment. Melatonin  sometimes helps these children sleep better.

In a study of people above 55, a low dose of melatonin helped those with insomnia sleep sooner and better. People felt more rested after sleeping, and more alert the next day. No one experienced withdrawal symptoms, and again there were very few side effects – possibly because melatonin was given for only three weeks.

Melatonin and the critically ill

The process of recovering from a major illness can be traumatic for the body and mind. Recovery often involves struggling with sleep. Bourne, Mills, and Minelli found that melatonin helped patients sleep longer and better. But they also recommended that doctors should go with smaller doses, as higher doses cause day time grogginess.

Melatonin helps deal with jet lag faster and more effectively. Taking it seems to help the body to adjust to a new time zone faster. This makes it particularly useful to frequent flyers and flight crew personnel who constantly find themselves in a time zone that their circadian rhythms are at odds with.

The dark side of melatonin use

There is no doubt that melatonin is a very useful treatment option that brings few if any side-effects and addiction issues. But it’s not all sunshine and roses!

There are a number of concerns with taking melatonin – especially when healthy people take it as a ‘short cut’ to falling asleep.

The most prominent is that the impact of melatonin is modest when it does occur, and the research only suggests it is useful in combating insomnia, jet-lag, and for regulating sleep in adults. The answers are still less clear with children; since most studies only discuss short term use.

Melatonin IS a hormone, and is part of  delicate balance of various hormones. We’ve barely begun to understand this balance. When we fall into the habit of taking melatonin supplements, the body may think that it doesn’t need to produce any of it’s own – and thus actually causing more problems in the long run.

Taking too much or too little melatonin, or taking it for a long time can cause other hormones to fall out of balance as well. This is particularly so with children and adolescents, since their bodies and brains are still growing.

Long term use of a hormonal medicine could have some impact of this development. This has been seen in animal studies, giving us food for thought.

Be careful with your melatonin dosage

Taking melatonin at the wrong times or  the wrong dosage can confuse the body. It should ideally be taken some time before the target bedtime for it to work effectively. Remember, melatonin doesn’t make us fall asleep – it prepares our body and mind to fall asleep naturally.

Unhealthy sleep habits can hurt our ability to sleep even when we take melatonin. So it becomes necessary to practice good bedtime habits before turning to melatonin or any other sleep support supplement.

Melatonin can have great potential benefits- when used correctly. However, it is always important to rule out any health issues that could be causing sleep disturbances before taking it – it would be more effective to treat the actual problem when sleeplessness is just a symptom.

It is also important to remember that melatonin will work best as one part of a healthy sleep routine; that it should be taken for a short duration; and only when absolutely necessary. And it goes without saying – choose pharmaceutical grade melatonin under the guidance of a doctor.