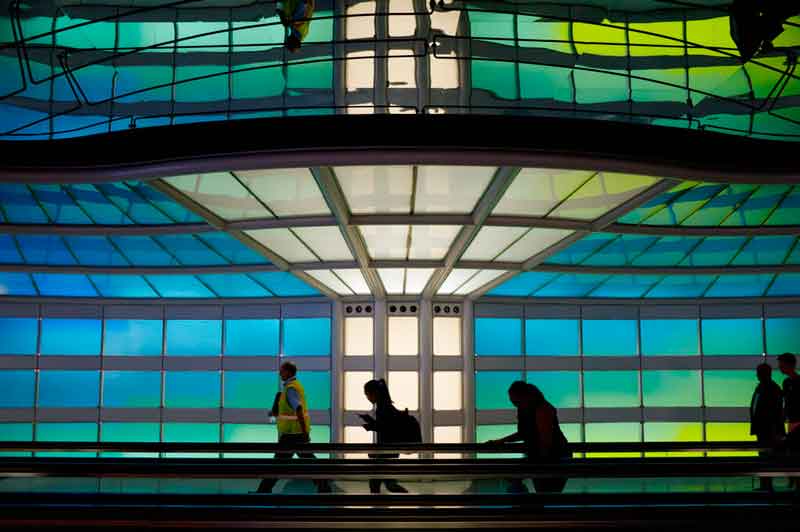 Moving nearer to a cure for jet lag

An international team of experts believe they have uncovered one of the mysteries about the causes of jet lag – why it takes so long for us to recover when we travel across different time zones.

The researchers, funded by The Wellcome Trust, focussed on a region of the brain known as the suprachiasmatic nucleus (SCN), which acts as a ‘master clock’ for our circadian rhythms.

The scientists ran a series of experiments on mice, exposing them to irregular patterns of light and dark, to simulate the effects of jet lag. Inside the SCN they observed that hundreds of genes were activated by light detected in the optic nerve, an attempt to adjust to the new night/day pattern.

But one particular molecule, known as SIK1 was found to have the opposite effect, deactivating the body’s response to changes in light/dark cycles.

By blocking SIK1, the mice were able to advance their body clock six hours within a day. In comparison, untreated mice took six days to readjust .

Dr Stuart Peirson, one of the lead researcher from the Oxford University team said that, “We’ve identified a system that actively prevents the body clock from re-adjusting. If you think about, it makes sense to have a buffering mechanism in place to provide some stability to the clock… it is this same buffering mechanism that slows down our ability to adjust to a new time zone and causes jet lag.”

Dr Akhilesh Reddy, an expert on circadian rhythm said that the findings could pave the way for a drug to treat not just jet lag, but also people with mental illnesses such as schizophrenia and bipolar disorder who frequently experience circadian rhythm disorders.

Dr Reddy told the BBC that  “it [SIK1] is a very drugable target and I would suspect there are lots of potential drugs already developed…We have drugs which can make the clock shorter or longer, what we need is to shift it to a new time zone and that is what they have done.”

The report was published earlier this month in the journal, Cell