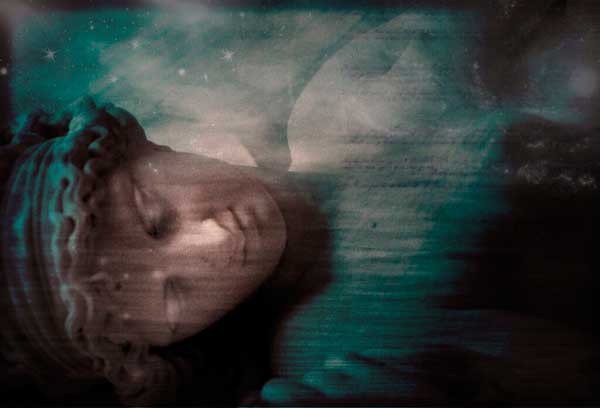 The notion of a deep, enchanted sleep has long been romanticized in tales and myths such as Sleeping Beauty and Rip Van Winkle. But for patients diagnosed with Kleine-Levin Syndrome, sleep is more like a living nightmare.

Kleine-Levin Syndrome is listed in the DSM (Diagnostic and Statistical Manual of Mental Disorders) as the ICSD-2 (International Classification of Sleep Disorders ) as a type of primary or recurring hypersomnia.

Kleine-Levin syndrome is a cyclical condition; typically the patient will experience between two and twelve ‘episodes’ per year during which time all normal daily activities cease as patients are unable to care for themselves or attend school/work. An episode may last anywhere from several days to several months.

More than 70% of KLS suffererers are male and the condition usually starts during adolescence. As the patient gets older, episodes become less frequent and usually disappear completely. In some cases however, episodes have been reported to occur well into the fourth and fifth decades of life.

During episodes patients sleep for 20 hours or more each day, waking only to eat and use the toilet. Hence the media often refers to KLS as the “Sleeping Beauty Syndrome”. During waking hours the patient’s whole demeanor is changed; they can appear “spaced out” or in a trance. Patients also experience confusion, disorientation, hallucinations, lethargy and a lack of emotion awareness.

Afterward an episode, patients often have little to no recollection of events.  In between epsisodes majority of patients were described as totally normal, regarding alertness, behaviour and cognitive functioning.

Very little is known about the etiology of Kleine-Levin Syndrome, but the underlying pathology suggests a malfunction of the hypothalamus, a region of the brain that control sleep, appetite and body temperature.  However up until now no consistent hypothalamic abnormalities have been identified.

Many KLS patients have reported flu-like symptoms at the onset of an episode hence it has been suggested that viral and autoimmune  factors could be a causation factor.

The main symptoms of KLS are:

this is the primary clinical symptom of KLS. A 2005 review reported sleep durations between 12 and 24 hours/per day. The onset of symptoms is usually rapid with the patient feeling ‘drawn toward bed‘.

during an episode the patient usually experiences multiple cognitive disturbances such as confusion and problems with memory and concentration. In two thirds of cases patients have speech difficulties including being mute, having slurred speech or using language that is muddled, incoherent, or childish.

a 2005 review noted that half of patients experienced a depressive mood during an episode. ((ref:3)) Anxiety, irritability and hypomania were also reported to be common traits.

patients are commonly  described as seeming “spaced out” or “in a dream world”.  Some patients experience visual or auditory hallucinations and delusions, hearing voices and a feeling a “persistent sense of unreality and disconnection”

another common symptom is excessive appetite and or/compulsive eating (hyperphagia/ megaphagia/ polyphagia) Often patients will have cravings for and binge on unhealthy junk foods and snacks and sweets that they would not usually eat. Other compulsive behaviours have been reported too including singing, rocking, chewing lips and writing on walls

Diagnosing Kleine-Levin Syndrome is difficult as there are no obvious symptoms to enable a positive diagnosis. Often patients are misdiagnosed with a psychiatric disorder, because of the similar symptoms of excessive sleepiness, overeating, emotional withdrawal that occur in KLS and depressive disorders.

A correct diagnosis is a process of elimination, and requires patience and dedication on behalf of the medical professionals involved.

There is no standardised course of treatment for KLS, although some specialists may recommend certain medications for patients to alleviate symptoms during extreme episodes.

These include include lithium, which acts as a mood stabiliser and is commonly given to patients with bi-polar disorder. Stimulant drugs may be prescribed to combat sleepiness, although these do not alleviate any of the other cognitive and behavioural disorders that occurs during KLS episodes.

Alanna Wong has had KLS since the age of 10. In an interview with the Daily Mail in 2012 she explained how KLS renders her in a “child-like” state and “wandering around like a zombie.”
During KLS episodes she ‘babbles like a baby and unable to communicate properly.

She forgets how to read and is confused by everything around her. In between episodes Alanna is fit and healthy but when having an episode she binges on junk food like chocolate, pizza and other fatty foods.

During her school years, health professionals were baffled by Alanna’s condition and suspected she was taking drugs. This resulted in a misdiagnosis of schizophrenia when she was 15. Eventually she was correctly diagnosed after attending a sleep clinic. Alanna is now learning to live with her condition and runs a charity dedicated to raising awareness about KLS.

The charity KLS Support UK recommends that during episodes, patients should be looked after at home by family members or dedicated carers, in order to ensure safety and reduce anxiety.

They should be left alone to sleep but checked on regularly to ensure that they are eating (but not excessively) and drinking, as well as using the bathroom. They should not be let out alone and should be prevented from driving.

There are also various online support groups you can turn to for advice. The oldest of these, the KLS Foundation was originally set up in 1998 and is a non-profit organization to offer help and support. Its aims are to eventually determine the cause and a cure for Kleine-Levin Syndrome.

Since 2004, the KLS Foundation, in partnership with Stanford University Sleep Center, has been conducting a research programme to find out more about Kleine-Levin Syndrome. The first of these studies is designed to look for any possible genetic factors that may make an individual susceptible to KLS.

Anyone who has been diagnosed with KLS can participate in the research which involves taking a blood sample and answering a questionnaire. All statistical data and DNA samples that are collected during the studies are stored confidentially and will be available as a resource for further research into Kleine-Levin Syndrome.

These efforts are beginning to reveal some insights into the mysteries of Kleine-Levin Syndrome. This research will hopefully pave the way for future treatments and maybe even a possible cure somewhere down the line.