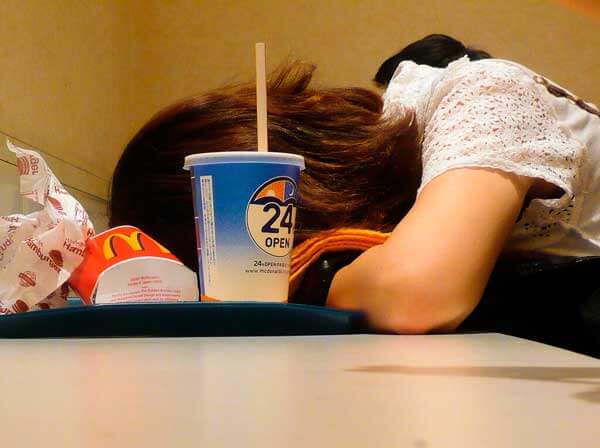 Explainer: what is narcolepsy?

Narcolepsy is a chronic sleep disorder which affects one in approximately every 2000 people. Many narcoleptics fail to receive proper care, and it is frequently misdiagnosed as depression or even epilepsy.

There’s no outright cure for narcolepsy and if left untreated, it can have a severe negative impact on a patient’s personal and professional life. Fortunately, with the proper diagnosis it can be treated and managed successfully in most patients.

Narcolepsy is a sleep disorder characterized by extreme sleepiness, often accompanied by  a sudden loss of muscle control. It’s a neurological disorder affecting the region of the brain that regulates the body’s sleep/wake cycle.

People with narcolepsy can have several attacks per day. These attacks are often triggered by strong emotions like laughing or crying.

Whilst the exact cause is unknown,  genetics are a factor, along with a deficiency of the brain chemical hypocretin (orexin), which helps to regulate sleep. Current research is focussing on drug treatments which supplement hypocretin levels to reduce narcolepsy symptoms.

Symptoms occur most commonly in patients between the ages of 15 and 30 but patients can go a decade or longer without knowing they have narcolepsy. While it is more common in teenagers and adults, narcolepsy can also affect children as well (though it is far less common).

Excessive daytime sleepiness (sleep attacks) – The patient has an irresistible urge to sleep, developing a tendency for frequent naps.This can happen without warning, and at the most inappropriate times.

Patients will feel extremely drowsy and are unable to stay awake. Patients typically sleep for a few minutes if they are in an awkward position but the naps can last a number of hours if they are lying down.

Cataplexy – The majority of narcolepsy patients experience cataplexy, bust usually only after a few years of suffering from excessive sleepiness. Cataplexy is characterized by an abrupt loss of muscle tone, usually triggered by strong emotions such as laughing or anger.

It can also occur after a heavy meal or when the patient is under stress. Most incidents last less than seconds, infrequently go unnoticed, although the most serious cases can last for a few minutes. During these episodes, the head will fall forward, the jaw will go slack, and the knees will often buckle.

Hallucinations Hypnagogic hallucinations affect approximately a third of patients with narcolepsy. They are dreams that occur during wakefulness, typically at the onset of sleep or when just waking up. The dreams can contain auditory or visual illusions and sometimes even sensations of touch.

Sleep paralysis (atonia) Atonia occurs in the periods between sleep and wakefulness, usually upon waking. When it occurs the patient is fully conscious but can’t move or speak at all.  It can be a terrifying experience, often accompanied by sleep paralysis demons or nightmares.

Treatment depends on the severity of the condition but usually involves a combination of counselling, lifestyle changes and medication.

Many narcoleptics often experience depression due to the embarrassment of falling asleep inappropriately and/or the frightening experiences of sleep paralysis and hallucinations.

It is therefore important to establish a diagnosis early and for patients to share and learn from others about their experiences.

It can help to note down any patterns in sleep attacks, cataplexy or hallucinations. Patients are also advised to devise a schedule of naps throughout the day to minimise the build up of sleep pressure. With a combination of behaviour modification as well as practicing good sleep hygiene, patients can more adequately manage their symptoms.

The FDA has approved two pharmacological treatments for narcolepsy:

Modafinil (Provigil) is a stimulant drug used to promote wakefulness during the day. It is also used to treat other sleep disorders including idiopathic hypersomnia and shift work disorder.

It has a half life of around 15 hours so should be taken early in the day to avoid night-time sleep disturbances. Side effects include back pain, headaches,nausea and diarrhoea.

Sodium oxybate (Xyrem) has also been approved to treat narcolepsy. It is a strong drug used to treat cataplexy. Also referred to as gamma hydroxybutyrate (GHB) it is tightly controlled because of the potential for misuse – it has been referred to as a “date-rape” drug in past.

Very serious side effects including seizures, coma, heart attack, and even death can occur if the recommended dosage is exceeded.

Narcolepsy has long been misunderstood. For people who don’t understand the disease, narcoleptics may come across as rude, lazy, or weird, making it difficult to overcome the social stigma associated with the condition.

But as science begins to uncover more about this mysterious condition, more treatments are beginning to emerge, which may hopefully contribute to a cure for in the future.