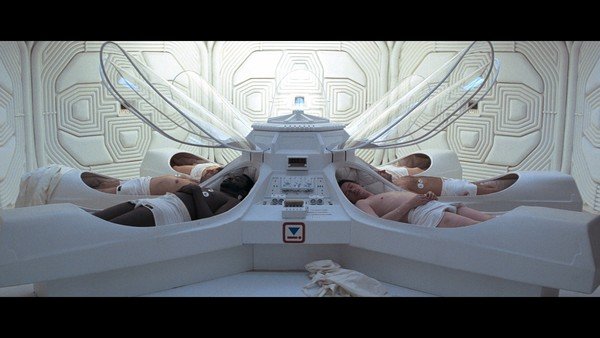 Sleep – the secret weapon in race to reach the red planet

Sleep junkies are well versed in the many therapeutic benefits of sleep. From protecting against illnesses such as heart disease and diabetes to forming part of treatment programs for mental health conditions and drug rehabilitation, sleep is a formidable force for good.

As sleep aficionados we naturally applaud the linkages between sleep and quality of life on this planet, but what if sleep is also central to finding out more about life elsewhere in the solar system? Is sleep the key to man’s final frontier – space travel and specifically a safe route to the red planet, Mars?

Well according to recent news reports, the National Aeronautics and Space Administration or NASA as it is more commonly known, certainly thinks so. The organization has revealed that a particular type of sleep, called deep sleep or torpor, could be a critical part of their plans to send man to Mars.

Here we explore what a difference a good long sleep could make to these groundbreaking space missions.

Torpor or deep sleep is really like a human form of hibernation. Scientists have been investigating the phenomenon, which is common to a wide range of animals, for many years, keen to discover how it works in the natural world. Some progress has already been made, as the lessons learned have been translated into a workable technique for clinicians treating critical care patients.

Using this process, people who have sustained major trauma such as a heart attack or stroke, can be placed into a therapeutic hypothermic state which reduces the risk of brain injury. By lowering the patient’s body temperature through measures such as cooling blankets, cooling catheters and ice packs, a number of protective benefits are achieved.

In its cooled state, the patient’s brain demands less oxygen and potentially brain damaging free radicals are reduced, thus improving the chances of them reawakening with brain function intact. This state of deep sleep can be maintained at present for a maximum period of 14 days, but NASA are now investigating the feasibility of torpor being used for a much longer period.

Fans of films such as Alien and Prometheus will already be familiar with the proposition that sending humans far into space requires a very deep sleep indeed. Science fiction favors the concept of suspended animation and although this isn’t quite the same as therapeutic torpor, they are certainly related techniques.a

As space buffs will know, the challenge of a manned mission to Mars isn’t just the distance involved (around 350 million miles), but also the supplies required to keep the crew fed and watered for the duration.

At an estimated journey time of up to 180 days (this is dependent on where Earth and Mars are in their orbits), that’s a whole lot of food, liquids, energy and entertainment, plus storage capacity and room to move around. Putting the crew into a state of torpor would overcome a number of these practical barriers.

How to stay asleep for 180 days

Space expert Dr Mark Schaffer, a Senior Aerospace Engineer with Atlanta based Spaceworks Enterprises, recently lifted the lid on the intergalactic potential use of therapeutic torpor at the International Astronomical Congress. He revealed that astronauts would be put into stasis using a cooling agent continually administered through a nasal tube.

Although less comfortable than using cooling pads, the nasal solution option is currently favored as it is felt that this would be less potentially damaging to tissue than external cooling pads. Crew members would be brought out of their torpor by stopping the solution. The awakening process may also be accelerated through the use of heating pads.

For the duration of their deep sleep, the crew would be provided with food and liquids via IV tubes. Concerns about potential bone and muscle loss associated with the torpor have led researchers to investigate the benefits of low gravity sleeping chambers which may spin during the journey.

Further consideration is also needed about whether all crew would be asleep at the same time, or a shift system would be employed where members stagger their stasis periods.

Although NASA has made very clear that more research is required about this innovative use of deep sleep, early results appear promising. Trials have already been conducted where torpor has been used for periods of one week, so the focus is now on successfully extending this.

The image of humans in suspended animation may still be for many the stuff of science fiction, but by the time the next launch window is reached – April 2018- that fiction may have become fact. Legendary astronaut Buzz Aldrin once said,

“Mars is there, waiting to be reached.”

With sleep as its secret weapon, it sounds like the wait may almost be over.

Read more on this story at: