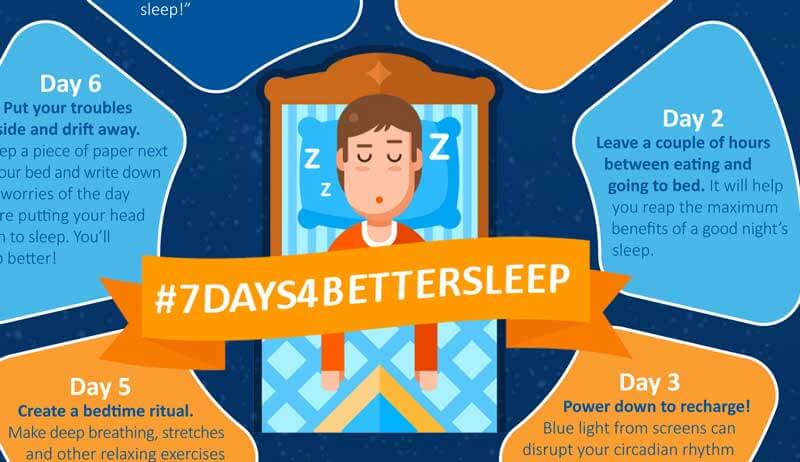 This week, from March 6th-13th it’s Sleep Awareness Week organized by the National Sleep Foundation. The annual event is designed to raise awareness for the health benefits of sleep and its importance to safety and productivity.

If you want to help spread the news and learn more, you can join in the campaign on Facebook and Twitter by following and tweeting the hashtag #7Days4BetterSleep. This is how much sleep you should be getting

In honour of Sleep Awareness Week, Start School Later (SSL) are highlighting the issues surrounding teen sleep. SSL are a campaign group that advocates for schools in America to change their start times in order to better suit the biological needs of growing children.  Watch out for our upcoming interview with Phyllis Payne of SSL.

In the meantime, here is some info from SSL you may not know, about the sleep patterns of teens and adolescents. Use the hashtag #StartSchoolLater and #SleepAwarenessWeek to find out more and follow the campaign

1. Adolescents experience a later shift in sleep cycle during puberty, resulting in a later release of the sleep hormone melatonin.

This temporary phenomenon makes it difficult for teens and young adults to fall asleep early enough in the evening to accommodate early wake times. This “phase delay” occurs in other mammals as well, but unfortunately we were unaware of this occurrence when we started moving school start times earlier in order to make busing routes easier to coordinate.

2. School buses arrive before the rooster crows around the nation.

Teens not only experience the later shift in sleep cycle, they also need more sleep than adults – approximately 8.5 to 9.5 hours each night – or more for athletes.  A bedtime of 8 p.m. would be required for a teen to get 9 hours of sleep before 5 a.m. – which is not only a biological and sociological improbability – it also requires a teen to sleep at times that are in opposition to her circadian rhythm.

4. The morning alarm clock is considered the biggest culprit of teen sleep loss in the USA.

A compelling body of evidence linking early morning school hours to teen sleep loss and related health and performance problems is why the Centers for Disease Control, the American Academy of Pediatrics, the National Association of School Nurses, and the Society of Pediatric Nurses have all called for middle and high schools to start after 8:30 a.m..

Other groups who have called for healthier school start times include the non-partisan Education Commission of the States, the American Sleep Association, the American Thoracic Society, and more. A review of the research, and a more complete list of health, education, and civic organizations that have called for later school start times, can be found on the website of the national non-profit Start School Later: www.StartSchoolLater.net.