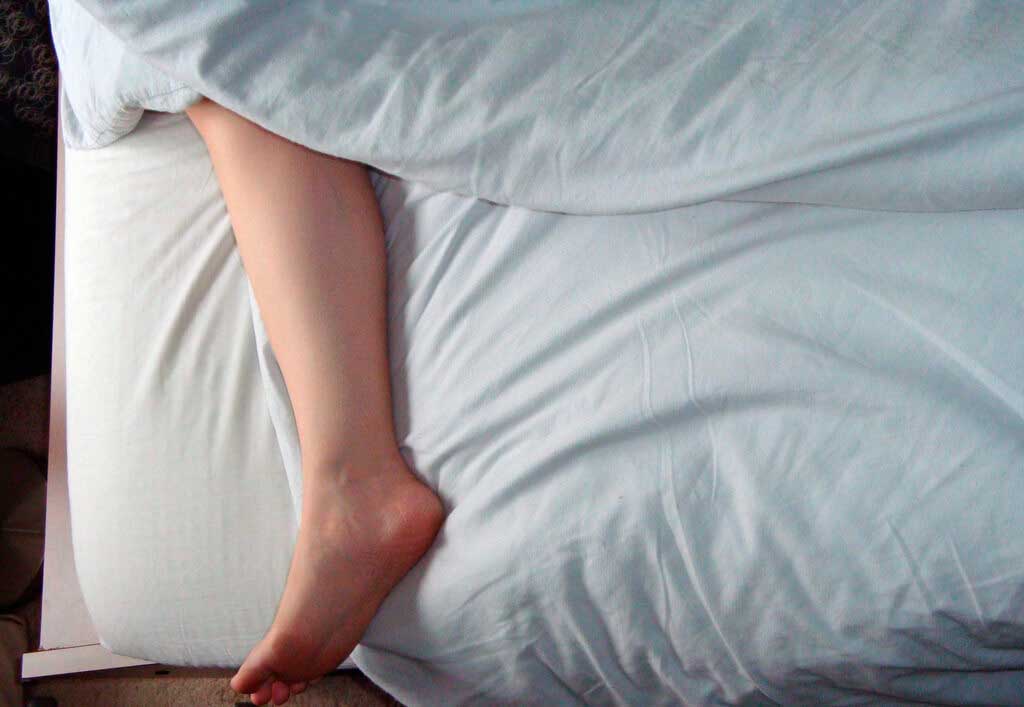 What is restless leg syndrome?

Restless leg syndrome (RLS) is a common sleep condition that affects the limbs.

A 2011 study[1] concluded that between 4-29% of the population may suffer from RLS of some degree. It also stated that:

RLS sensations can vary from a mild tingling to extreme leg pain. The symptoms usually occur after a period of inactivity, making it extremely hard to fall sleep. The majority of RLS sufferers also experience period limb movement disorder (PLMD), in the form of involuntary limb movements through out the night. RLS also occurs in patients with REM behaviour disorder and narcolepsy.

Most of the symptoms that are directly associated with this condition are usually very mild in the beginning but become worse as time goes by. Some of the commonly experienced signs and symptoms include;

The main cause of restless leg syndrome is unknown, however current scientific research points to an imbalance of dopamine, a brain chemical which sends messages to the muscles.

It is similar to what happens to sufferers of Parkinson’s Disease which is also associated with dopamine and serotonin impairment. There is, however no causal link between the two conditions.

Iron deficiency is closely linked with restless legs syndrome. Many diseases can cause low iron levels such as anaemia or kidney failure. Often these conditions are associated with RLS. Genetic factors are also likely contributors to causing RLS.

Some research states that RLS is a type of neuropathy, a malfunction of the nervous system.  Physical injury, diabetes, alcoholism and liver failure can often cause damage to the  nervous system, resulting in a peripheral neuropathy[2].

Women are considered to have high risk levels given that they loose iron frequently through menstruation. A high proportion of pregnant women suffer from RLS.

To make sure you get the right treatment you should first visit your physician to get a professional diagnosis.

You can find a range of pharmacological treatments for RLS. some of the include:

Whilst pharmacueticals can be effective in the short term, the body can develop resistance, meaning the effect wears off after time. You also need to be aware of all the possible side effects before you embark on a course of medication.