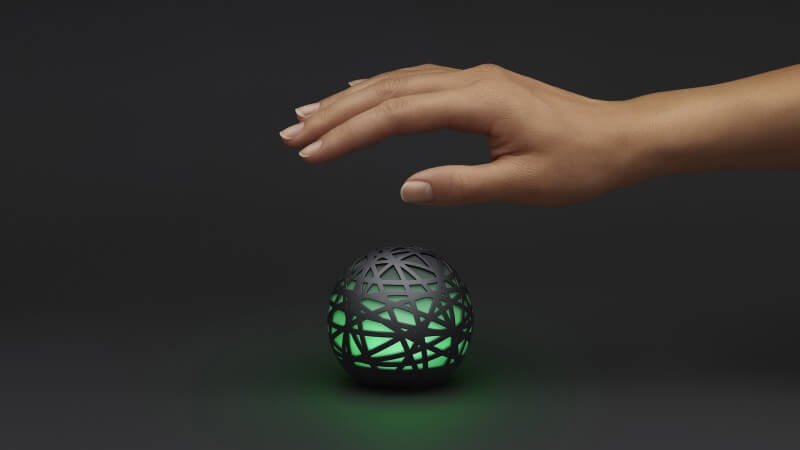 [Update – Hello is evidently not the future… the company went bust in 2017. Read more here]

Sense, a new gadget that tracks your sleep at night has just passed the $1 million mark on fund-raising site Kickstarter, after only 5 days of announcing their new product.

Consumer sleep tracking technology has been with us for a few years now, and  most products fall into one of two broad categories. Standalone smartphone apps such as the popular Sleep Cycle, SleepBot and Sleep as Android turn your iPhone or Android device into a mini-sleep laboratory, to give you an idea of how long you slept, and how long you spent in REM and non-REM.

Alternatively, you can turn to one of the numerous ‘fitness and lifestyle tracking‘ devices on the market. Usually worn on the wrist, these gadgets, by companies including Fitbit, Jawbone and Basis, can monitor a range of factors including sleep quality,  heart-rate, and calorie intake .

The new kid in town, Sense, does things differently. The founders, Hello, a team of designers, engineers based in California, have taken onboard all the criticisms of current sleep-tracking tech – such as having to constantly wear something on your body, or remembering to press buttons. Hello’s solution is a futuristic orb-like device which wirelessly communicates with a ‘Sleep Pill’ – a mini-sensor which you place in your pillow.

As well as being able to track your movement at night, Sense is unique in being able to continually monitor various aspects of your bedroom environment such as light, temperature, humidity, noise and even the amount of particulates in the air. By measuring all these variables, Sense gives you a score out of 100, which tells you the quality of your previous night’s sleep.

If that’s not enough, Sense’s Smart Alarm will also wake you up at exactly the right phase of your sleep cycle to avoid the dreaded groggy morning feeling, which can lead to an over-reliance on your snooze button.

Will Apple push sleep tracking into the mainstream?

Launching on crowd-funding site Kickstarter earlier this week, Sense has rocketed past its original goal to raise $100,000 in funding – reaching over $1 million in pledges in only five days. With Sense launch due in November, the next few months look set to be very interesting in the world of consumer sleep technology.

Earlier this year Apple unveiled HealthKit, an app which includes sleep tracking and is built in to the new iOS 8. Apple are taking sleep very seriously, even to the extent of recently hiring Dr Roy J.E.M Raymann hiring “an expert on sleep research with extensive experience in wearables, sensors, and non-pharmacological methods of improving sleep quality.”

Some speculate that the much anticipated ‘iWatch’ from Apple will feature sleep tracking in a big way. At Sleep Junkies we hope that this is the case, as it might finally bring the subject of sleep into the mainstream.