Sleep sex on trial: is ‘sexsomnia’ a genuine disorder?

Sleep sex, or sexsomnia, is the X-rated version of sleepwalking. But proving it in court is problematic.

On the evening of July 5, 2003, Jan Luedecke, a Toronto landscaper, attended an annual croquet tournament thrown by one of his friends.

Luedecke and 60 others played croquet and drank late into the night. After 12 beers and 22 hours of sleep deprivation, Luedecke collapsed on the couch. Another intoxicated reveller, a young woman, also crashed nearby.

In the early hours, the young woman was jolted awake. According to the court documents her skirt had been lifted up and her underwear removed. And Luedecke was having sex with her.

Startled and confused, she pushed Luedecke onto the ground, confronted her assailant, grabbed her belongings and left.

Later that day, hearing there had been a sexual assault at the croquet tournament, Luedecke turned himself into the police saying “I might be the guy involved with this.”

Waiving his right to an attorney he gave a full account of the events as he remembered them. At the trial, Luedecke said that although it was clear to him that he probably had had sexual relations with her, he didn’t fully realize it at the time and didn’t recall all of the circumstances of the incident.

He expressed enormous guilt and remorse for what he had done.

At the trial Luedecke engaged an expert, sleep disorder specialist Dr. Colin Shapiro who testified that Luedecke had a history of parasomnia whereby a “person is merely catapulted from a deep sleep into a period of wakefulness where they do not know what they are doing.”

Shapiro went on to say that “in such a state, it is possible for someone to engage in complex and elaborate activities, such as driving a car, putting food in the microwave and eating it.”

Further inquiry revealed that Luedecke had a long history of sleepwalking, and several incidents in which his girlfriends informed him he had sex with them in his sleep. Two sleep studies showed he experienced sudden partial awakenings typical of patients who have parasomnias like sleepwalking.

Dr. Shapiro testified that Luedecke suffered from a newly-described parasomnia called “sexsomnia” or “sleep sex”. Luedecke was acquitted on the basis of lack of criminal intent due to unconsciousness. The judge ruled Luedecke did it in his sleep.

What is sleep sex?

Sleep sex is not very-well accepted in the medical literature. The famous Kinsey Reports reference ‘nocturnal emissions’, sexual dreams and sleep orgasms in women, but sleep sex per se is not mentioned. Likewise, The Hite Report is silent on the matter. The International Classification of Diseases (ICD-10) provides no diagnosis code for sleep sex.

But starting about 1986, journals began publishing sporadic case reports of various types of sexual activity in sleep. In 1996, researchers in Toronto and Ottawa suggested that sleep sex may constitute a previously-recognized parasomnia, in the same class as sleepwalking. The medical-sounding term “Sexsomnia” was coined in 2003.

Because of the relative novelty of the concept, and lack of general acceptance by the medical community, there is no consensus as to a definition “sleep sex”. Broadly speaking, it’s any kind of sexual activity, solo or with a partner, that occurs when one or both parties are asleep.

What little lab research has been done establishes that the sexual activity occurs during non-REM sleep. If this turns out to be true, sleep sex may truly fall in the same class as sleepwalking and other “confusional arousals.” The word “arousal” here does not refer to sexual arousal but rather to “awakening.” Confusion indeed!

Very often the individual displaying sleep sex behaviors has a history of other parasomnias. The episodes are often associated with sleep- and sex-deprivation, and with drug and alcohol use.

There have been a number of cases of rape and sexual abuse involving the “sleep sex defense”, some resulting in convictions. It turns out that to prevail in such cases, defendants must demonstrate that they have a history of parasomnia such as sleepwalking.

The defendant’s behavior during and after the alleged incident is important. Were the defendant’s actions consistent with an unconscious person? Did the defendant seek help immediately after, including treatment for himself?

And of course, a defendant must be able to afford to hire expert witnesses who can attest that these behaviors are consistent with sleep sex, and not statutory sexual assault.

If the alleged incident occurs on a college campus, however, it is unlikely that even a roomful of experts could help exonerate an alleged attacker. Many if not most alleged sexual assaults on campus are adjudicated by the colleges themselves, rather than in the courts. And unfortunately, due process and the rules of evidence do not apply. According to Robby Soave, who covers campus “sex trials” for Reason Magazine:

Basically, the [accused’s] drunkenness cannot be used as a defense. I presume it would be the same for sleep status.”

As we know, many college students are chronically sleep-deprived, and they tend to consume alcohol unwisely. Since a certain percentage of college students must also have a history of sleepwalking, it’s at least plausible that some sexual assault allegations on campuses might in fact be sleep sex incidents.

Sleep sex is not a well-accepted phenomenon, either in the medical world or the criminal justice system. Medicine is notoriously slow to accept new diagnoses. It may be years before consensus is reached and sleep sex joins sleepwalking and sleeptalking as a bona fide parasomnia.

Or sleep sex may end up in the dust-bin of medical history, next to female hysteria and drapetomania (the tendency of slaves to want to run away).

In the meantime, if criminal defense attorneys are going to continue to offer the “sleep sex defense”, they had better be able to produce expert witnesses who can argue that their clients have a history of sleep disorder, as in the case of Jan Luedecke. 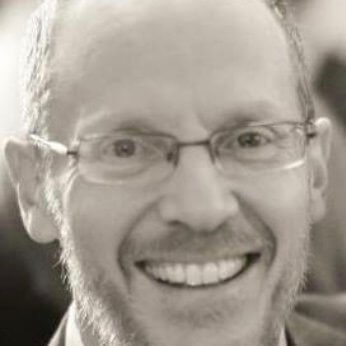 Rob Lindeman runs a Baby and Toddler Sleep Coaching Business called “Sleep, Baby!” and blogs at essentiallyhealthychild.com He lives in Natick, MA, USA, with his partner Sandy, a dog named Beignet, and a cat named Koji.