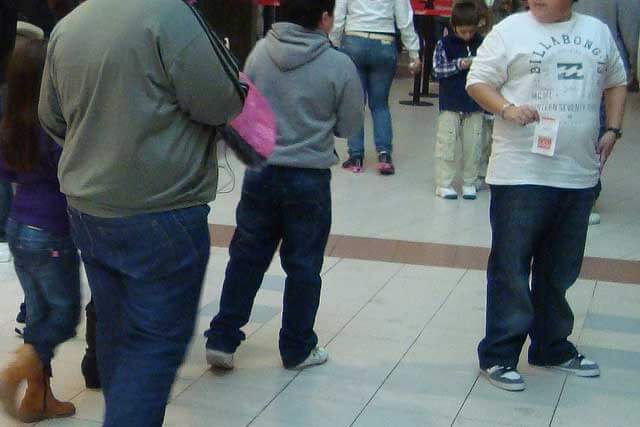 There’s a common adage which warns parents that ‘a lack of sleep will stunt a child’s growth’. Unlike many sayings, this one has some truth behind it. Nighttime is when the body releases HGH (human growth hormone), which is essential for healthy growth and development in childhood.

But now scientists have found evidence that too little sleep during infancy may also have the opposite effect, by increasing the chances of children developing obesity.

Child obesity has become a hefty problem in developed countries, especially in the United States and Europe.  The World Health Organization now classifies childhood obesity as an epidemic that can have serious consequences like early-onset diabetes and high blood pressure.

One of the most feasible ways to curb childhood obesity is through prevention. This new study suggests the importance of getting enough sleep early in life.

The research was led by chief pediatrician Dr. Elsie Taveras of Massachusetts General Hospital in Boston, MA, who followed 1046 children as they grew from the age of 6 months to 7 years old.

The study was part of Project Viva, a long-term study on how factors like sleep influence the health of mothers and children.  Taveras wanted to see if there was a connection between obesity and “curtailed sleep” (shortened sleep relative to the average sleep duration).

Researchers gathered data on how much sleep each child received on average, starting at 6 months old and every year after that until age 7. Children’s body measurements were also taken at each age.

After evaluating children’s sleep patterns and body mass during infancy, early childhood, and mid-childhood, the results were sobering.  The researchers found that children with the lowest sleep scores also had the highest levels of all body measurements of obesity.

This included the highest levels of abdominal fat, which scientists have determined is closely related to overall health risk.  Even when factors like income, maternal education, and ethnicity were taken into account, the connection remained the same.

However, the study found no specific “critical period” or age during which decreased sleep had a greater effect on obesity than other periods.

Hunger hormones and genes to blame?

Dr. Taveras speculates about several ways insufficient sleep could contribute to obesity.  One explanation is that disrupted sleep patterns can affect hormones that control hunger.

A past study found that hormones like ghrelin, the chemical that signals hunger to the brain, are increased during sleep deprivation.  Dr. Taveras also cited studies that suggest genetics play a role in the link between sleep and obesity.

One researcher found that families that followed household routines like limited TV time and a set bedtime were associated with a 40% lower prevalence of obesity. While more research needs to be done, Dr. Taveras offered some guidelines for healthy child sleep habits:

“…right now we can recommend that clinicians teach young patients and their parents ways to get a better night’s sleep – including setting a consistent bedtime, limiting caffeinated beverages late in the day and cutting out high-tech distractions in the bedroom.

‘All of these help promote good sleep habits, which also may boost alertness for school or work, improve mood and enhance the overall quality of life.” Source

Sleep deprived children are more likely to be OBESE:

Disclaimer: The views presented in my writings are my own and mine alone. They do not reflect any of my past or future employers, or past or future universities I am affiliated with. The information contained in my articles is for general information purposes only. My articles do not represent professional medical care, advice, or endorsement of any product or service, and should not be treated as such. You must not rely on the information in these article as an alternative to medical advice from your doctor or other professional healthcare provider. If you think you may be suffering from any medical condition you should seek immediate medical attention. You should never delay seeking medical advice, disregard medical advice, or discontinue medical treatment because of information on this website. Read SleepJunkies.com‘s full disclaimer athttps://sleepjunkies.com/medical-disclaimer/. Disclosure: Ms. Uno has no relevant financial or nonfinancial relationships to disclose.