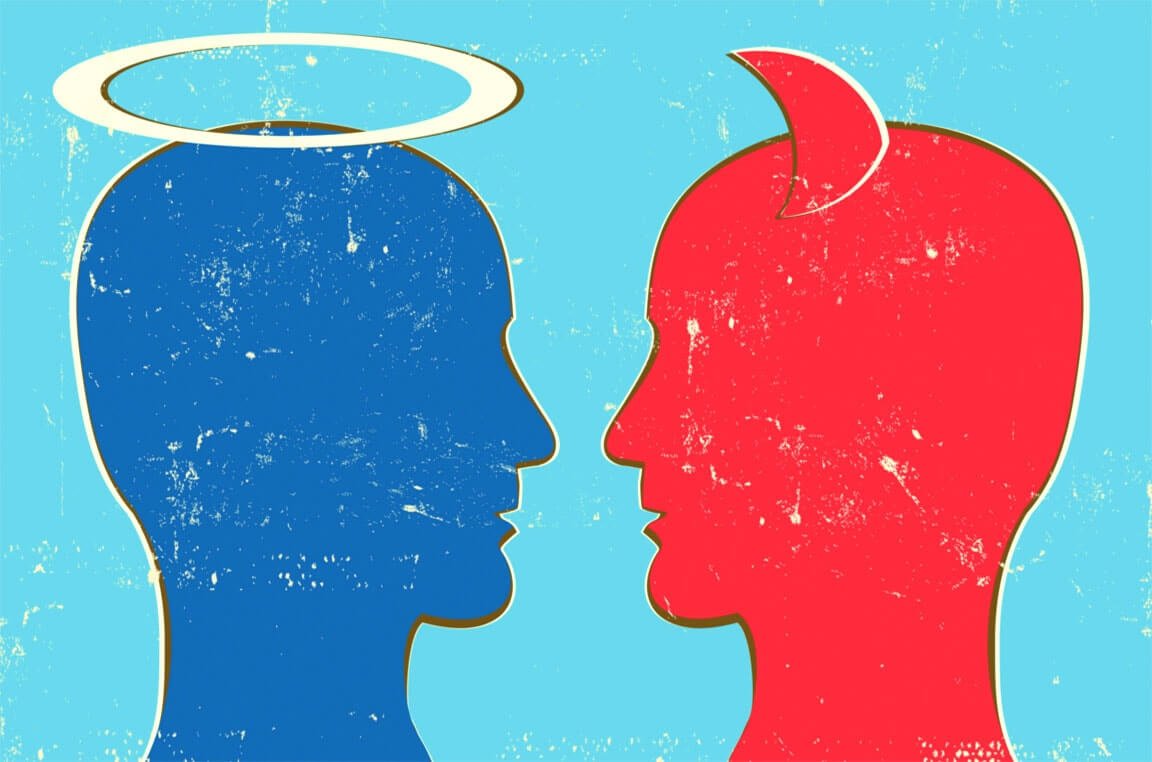 Research suggests that sleep quality has a profound influence on your moral reasoning and ethical behavior.

[toc] Moral agency. It’s one of those phrases philosophy graduates like to sprinkle into conversation to appear clever.

But don’t feel bad if you’ve never heard of the term. The concept of moral agency is so universal, we rarely need to seek words to describe it.

Put simply, a moral agent is someone, or something who is capable of acting ‘rightly’ or ‘wrongly’.

An earthworm, for example is not a moral agent. It has no concept of ‘right or wrong’. Neither does a newborn baby.

The same applies, as some would argue, to the insane, or to someone ‘out of his mind’ on psycho-active drugs.

Thus, if you don’t have moral agency, – ie the capacity to be a moral agent – you can’t be held responsible for your actions.

An absence of moral agency is the reason why we don’t ‘judge’ our 6-month old niece when she vomits on our lap. It’s also why some serial killers get life sentences inside a psychiatric unit, whilst others get executed.

Can you always trust your moral compass?

Meanwhile, (without disappearing down philosophical rabbit holes) we consider pretty much everybody else culpable for own their actions. The default assumption is that we all have an internal compass which helps us navigate moral quandaries and ethical dilemmas.

This mutual understanding shapes our notions of justice, what’s fair, and whether or not someone’s behavior is ‘good’ or ‘bad’.

But to what degree are we really in control of our moral decision-making processes? Could there be external factors outside of our influence that make us behave in unethical ways?

One surprising answer points to a growing body of research which suggests that moral behavior is inextricably linked to the quality of our sleep.

Studies show that even small losses in sleep can affect our ability to behave in an ethical manner, and that poor sleep makes it difficult to even notice a moral dilemma in the first place. Here are some of the most recent research findings.

Even a few minutes of extra sleep can influence the outcome of your moral choices during the day.

Across a series of four studies, sleep researcher Christopher Barnes et al found that lack of sleep led to high levels of unethical behavior. One finding showed that losing as little as 22 minutes sleep can result in unethical behavior.

In the study, people were given a chance to win raffle tickets. The task was designed so that the participants had clear opportunities to cheat if they wished to.

A separate paper by Barnes and colleagues in 2014 highlighted another way that poor sleep often results in poor moral judgement – that is, sleepy individuals have less moral awareness.

In one study, the researchers used the Spring Time Change to DST (when Americans sleep about 40 min less than normal) as a way to investigate how people’s moral awareness was reflected in their use of the internet.

Analysing data from Google, the study found that following the Spring time change, when people are statistically more sleep deprived, internet searches reflected fewer morality related issues compared to any other given day.

In another study, participants were asked to keep sleep diaries and then the researchers measured their moral awareness using scenarios devised by Reynolds et al in 2006.

The researchers found that sleep deprived people were less likely to notice unethical behavior in others compared to those that slept well.

A third study randomly assigned participants to a control group and a group that was subjected to partial sleep deprivation.

After reading a scenario that involved an ethical violation, they were asked to complete a moral awareness test. The researchers again found that the sleep deprived group found it more difficult to identify the moral content of the situations presented.

Although the authors admit the findings are limited in their scope, the research suggests that the sleepy individuals who makes unethical choices, do so in part because the moral implications are less obvious to them.

It’s no surprise that staying up for two days straight will mess you up in lots of ways. A 2007 study revealed that as well as affecting physiological and cognitive well-being, two nights of sleep deprivation can also influence moral judgment.

The study by William D.S. Killgore and colleagues titled The Effects of 53 Hours of Sleep Deprivation on Moral Judgment found that staying awake for two days makes people less sensitive to ethical issues relevant to decision-making.

Specifically the researchers found that:

The same study also examined whether the stimulant effect of caffeine would have any influence on moral judgement, and found that drinking caffeine didn’t really help with the speed of decision making, or the type of decisions taken.

Study 4: The more moral you are, the more you’re affected by poor sleep

Whilst sleep deprivation seems to influence ethical behavior across the board, a 2010 paper published in the journal Sleep suggests that people who are more moral are affected worse than others.

The study by Olsen, Pallesen,and Eid was carried out on 1st year officer cadets in the Norwegian army. The researchers found that:

The results show that when otherwise ethical people are sleep deprived, they lose a lot of their ability to make moral arguments and instead resort to rules and regulations for moral guidance.

On the other hand, people who aren’t too moral to begin with, do somewhat similarly with or without sleep; suggesting that being moral is indeed more effort for our minds.

Taking a step back, if we view ethics and morality in terms of sound judgement, and reasoned decision-making, the studies outlined above should come as no surprise.

Sleep deprivation affects your overall cognitive performance, resulting in poorer ability to make decisions. The more tired you are more, the more likely you are to make mistakes and overlook important information.

In certain situations however, such as when we’re genuinely positively engaged with a task we’re able to overcome some of the effects of short-term sleep deprivation.

But if a new and unexpected situation presents itself, a sleepy brain will find it difficult to respond quickly and effectively.

This would explain why lack of sleep makes ethical issues hard to deal with. Moral issues are never easy (or we wouldn’t call them dilemma’s, would we?). For the sleep deprived – understandably – being slower and less efficient makes it really difficult to tackle these already demanding decision-making processes.

A physiological explanation- it’s all in the brain

In a lot of cases, making the right ethical choices is a question of exercising the ‘moral muscle‘ of self-control.

Avoiding temptation, being patient, containing your anger, listening to opposing viewpoints, delaying gratification. These are all acts that actively involve suppressing our ‘animal instincts’ in favour of a considered, reasoned approach to decision-making.

It turns out that in recent years, researchers have pin-pointed our locus of self-control to a specific region of the brain – the pre-frontal cortex, which uses glucose as a fuel.

And, you guessed it, sleep deprivation affects glucose levels in the pre-frontal cortex, which, according to the research means you lose capacity for self-control.

Essentially, when you are sleep deprived, your brain just doesn’t have the necessary resources to keep functioning optimally, and this directly impacts our moral decision making processes.

Be the best version of yourself

The implications of the research into sleep loss and moral behavior are clear. Not getting enough sleep can put you in situations where you may make bad moral decisions, or behave in a less than ethical manner.

If you’re missing out on sleep you mistake wrong for right and not even be aware of it.

So the message is clear. Next time you are faced with a moral dilemma….. sleep on it.