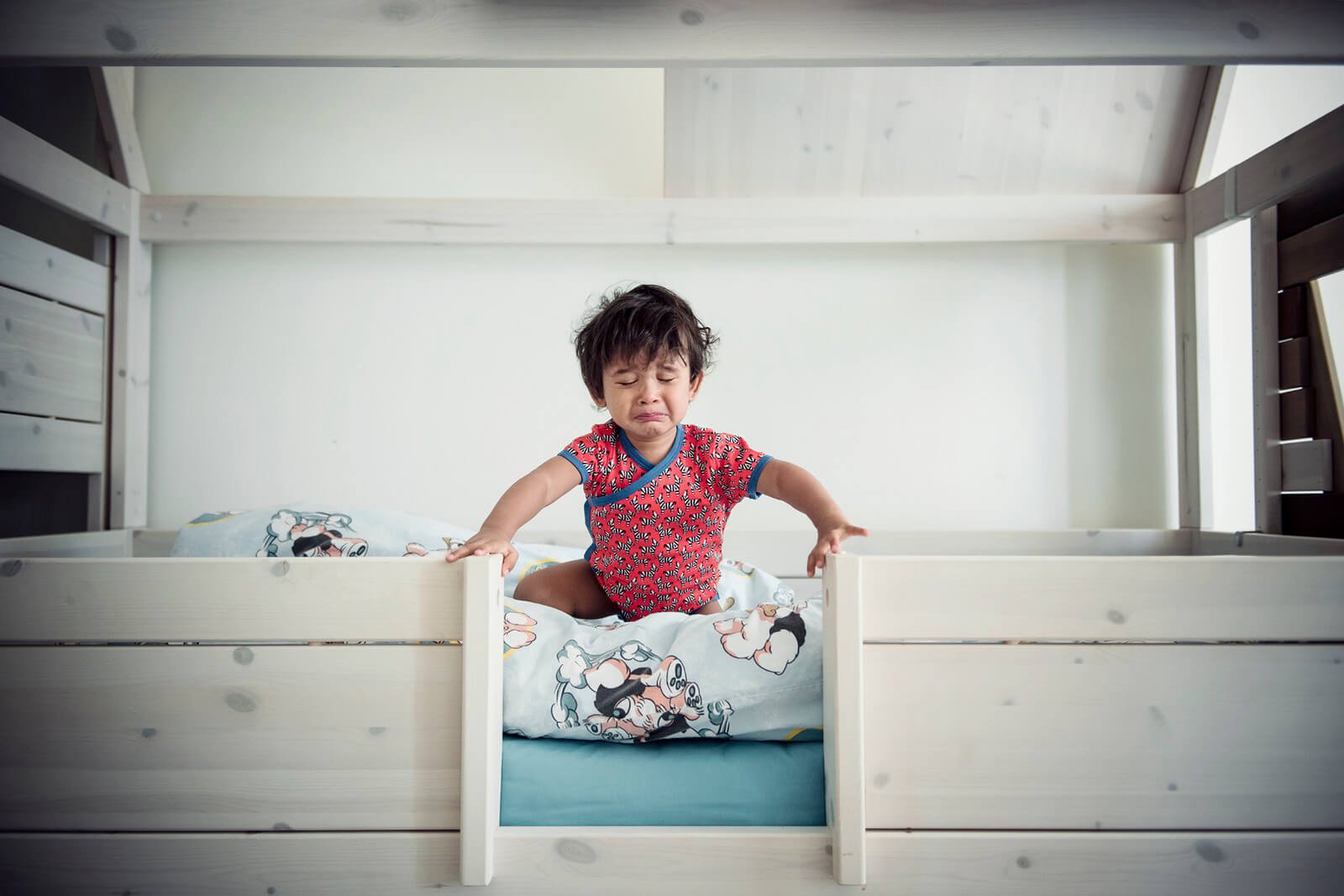 Everything you know about ‘Cry It Out’ is wrong

Debunking the many myths about Cry It Out sleep training

Both parents and experts refer to ‘Cry It Out’ as if it’s a bona-fide method for sleep training. In the first of a 3-part series on sleep training, Rob Lindeman puts the record straight about CIO

Also in the series:

When attachment parenting gets in the way of sleep

A combination sleep schedule works for babies AND parents Few topics in the world of parenting generate as much heated argument as “sleep training”.

At times it seems the world is divided into warring camps: attachment parenting vs. cry-it out (CIO), baby-led vs. parent-led. There’s tends to be a lot of emotion attached to the subject. Logic and reason tend to take a back seat. All over the best way to get the baby to sleep.

Perhaps the most important reason why sleep training methods are misunderstood is that the most passionate advocates and detractors know less about the subject than they claim. Raising a child, contrary to popular belief, does not confer expertise. Astonishingly large proportions of supporters of every sleep training method have never read the books that describe them!

CIO is not a sleep training method

Even the National Sleep Foundation devotes an entire section to CIO in an article called “Everything You Need to Know About Sleep Training”. They are discussing a category that exists only in the popular imagination, and not in the pages of any reputable sleep guide!

There is so much discussion of CIO on the internet, it would be understanding to believe that it is a bona fide sleep training method.

The so-called “inventor of Cry-It-Out”

Or I should say “CIO is no longer a sleep training method”. The last time CIO was even mentioned in a parenting book was in 1894. The book was “The Care and Feeding of Children” by Columbia pediatrician Luther Emmett Holt.

Holt’s book was written as a catechism, what we would today call an “FAQ”. Holt’s one and only reference to sleep training is the following:

“How is an infant to be managed that cries from temper, habit, or to be indulged?

It should simply be allowed to “cry it out.” This often requires an hour, and in extreme cases, two or three hours. A second struggle will seldom last more than ten or fifteen minutes, and a third will rarely be necessary. Such discipline is not to be carried out unless one is sure as to the cause of the habitual crying [emphasis added]” (p.164)

That’s it. This, to the best of my knowledge, is the source of the straw man we call “CIO”. Why do I refer to CIO as a straw man? Read what Holt says! The question is not about any or every infant. The question refers to an infant who has already developed a bad habit, likely one formed with the assistance of the mother or nurse.

Notice also that Holt advises paying attention to the infant lest you miss an important cause of the crying that might not be “temper, habit, or to be indulged”. Even for Luther Emmett Holt, CIO is not a sleep training method. It is an act of discipline to correct a behavior.

Before we let Holt completely off the hook, it’s worth observing that he recommends starting sleep training much earlier than most considerable reasonable:

“When should regular training be begun?
During the first week of life.”

Ferber and the infamous chart Dr. Richard Ferber is the modern sleep expert who many believe is the living embodiment of the CIO school of sleep training. In fact, Ferber advocates nothing of the sort.

This is why I say that the critics (and I daresay some fans as well) have probably not read Ferber’s seminal best-selling work, Solve Your Child’s Sleep Problems,  If they had, they would have found the following:

“[C]rying does not help in developing appropriate sleep associations…we try to keep crying to a minimum (p. 67, 1st edition)”

“Simply leaving a child in a crib to cry for long periods alone until he falls sleep, no matter how long it takes, is not an approach I approve of. On the contrary, many of the approaches I recommend are designed specifically to avoid unnecessary crying” ( Revised edition 2006)

So how is it that Ferber (and the verbal form of his name “Ferberization”) have come to be associated with CIO?

Probably because of a chart in Chapter 5, which details the number of minutes a parent should wait to re-enter the nursery of a crying child. Again, if one had taken the trouble actually to read the book, or at least the chapter surrounding the infamous chart, they would discover that:

Ferber is (in)famous for the wrong reason. Instead of being known for a chart, which appears to be the only page the public has read, Ferber should be famous for his “Story of the Pillow”, which happens to appear in the same chapter. With the device of this story, Ferber illustrates the central organizing principle of his book: sleep associations.

“Think for a moment what it would be like if you had a normal waking during the night, turned over, and found your pillow gone. It would feel ‘wrong,’ and rather than simply returning to sleep you would wake more completely and begin to look for your pillow… what if your pillow was really gone? What if someone took it as a prank? It’s unlikely that you would simply go back to sleep…You might get angry, curse, and show the same type of frustration that a child shows when he cries.”

Ferber explains that the most common sleep difficulties are created when children fall asleep surrounded by one set of things (mom, breast, bottle, pacifier) and awaken at the end of a sleep cycle surrounded by another set of things (crib, blanket, no pacifier, etc). In other words, parents too often metaphorically prank their children and steal their pillows in the middle of the night.

Gina Ford and “Crying Down” The modern sleep expert who comes closest to advocating something that might be mistaken for CIO is Gina Ford, the Scottish maternity nurse turned author of The Complete Sleep Guide for Contented Babies and Toddlers, among other titles.

Ford is probably best known for her recommendation that parents attempt to put their babies on a schedule as soon as possible. Of all the modern sleep experts in print, Ford is the most unapologetically committed to strict feeding and sleeping times. In this regard, she appears to be a direct descendant of Luther Emmett Holt. Even so, close reading of her work reveals Ford to be more flexible than she claims.

Ford straightforwardly admits that crying does occur in the process of sleep training. She refers to the concept of “crying down” as a method to be used only in certain circumstances.

“Crying down can be particularly helpful when feeding problems have been resolved and a baby or toddler has only mild sleep association problems or has difficulty falling asleep because he is over-tired or over-stimulated.”

As with Holt, Gina Ford permits crying for babies who have developed adverse sleep associations or have been overstimulated. I take issue only with her splitting out over-tiredness and overstimulation. For me they are the same phenomenon. Whether the baby has been awake for too long or overstimulated, the result is the same: a tired brain.

Crying down is not CIO. Ford takes pains to explain that her method, properly followed, avoids the situation of the baby with adverse sleep associations or overstimulation, so crying could be avoided at the outset.

It’s all about sleep associations

Very few parents I know of are willing to cradle their babies all night. Very few breastfeeding mothers are willing to nurse for 6 hours straight. If babies can only fall asleep in father’s arms, or with mom’s nipple in their mouths, they’ve developed sleep associations that are not compatible with sleeping through the night.

To break these sleep associations, some crying is going to have to be endured. This is a fact that Luther Emmett Holt and Gina Ford are brave enough to admit forthrightly.

The best way to avoid crying is to avoid sleep associations that involve contact with caregivers. Babies sleep best whose parents understand their “sleep cues” and have provided consistent structure for them. Crying it out has nothing to do with healthy sleep.

That’s why no one recommends it.