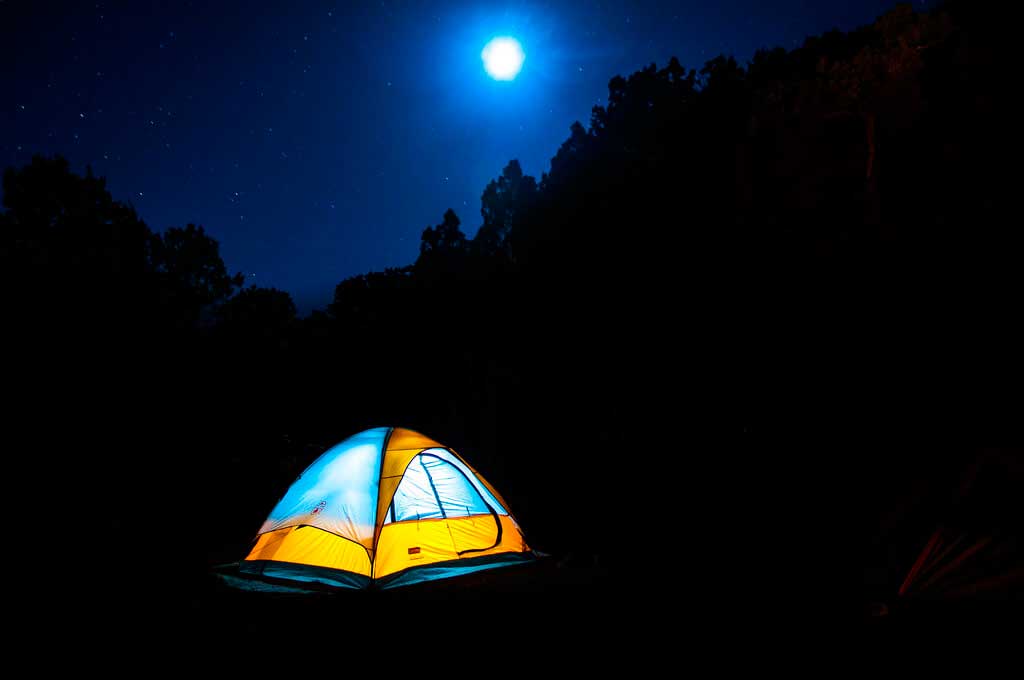 Sleeping in a tent – a new cure for insomnia?

For millions of years, our sleep habits have been dictated by the rising and setting of the sun. Like the rest of the animal kingdom, humans used to fall asleep and wake up in sync with nature.

Then in the 19th century Edison came up with the first commercially successful electric light bulb and changed the world. No longer did we have to slavishly worship the ‘sun-god’. Our days could now extend into what used to be the night.

The modern world owes an enormous debt to electric light. Indeed, a ‘black-out’ is often a metaphor for a breakdown in society itself. But our brightly lit 21st century comes with a price – sleep disturbances. Up to 70 million people in the United States suffer health issues due to sleep problems, including higher risk of obesity, diabetes, heart disease, depression and stroke.

Charles A. Czeisler a sleep expert from Harvard Medical School says that electric light is one of the major factors in causing these sleep disturbances. Writing in Nature magazine he says,

“light affects our circadian rhythms more powerfully than any drug…Artificial light striking the retina between dusk and dawn exerts other physiological effects…It inhibits sleep-promoting neurons… and suppresses the nightly release of the soporific hormone melatonin. These factors reduce sleepiness, increase alertness and interfere with our sleep.”

Another problem is our obsession with electronic gadgets.  At night, the blue light emitted by these devices has also been shown to significantly lower melatonin, stopping us from becoming sleepy at night. ( Tip for gadget lovers : read our review of F.lux – the amazing free software that helps you sleep better)

All these factors lead to the body’s internal clock becoming confused and out of sync with the natural world, leading to groggy mornings, tiredness during the day, and a host of related sleep disorders.

Which is why researchers at Colorado University set out to discover what would happen to our circadian rhythms if all artificial lighting was taken out of the equation. They set up a study whereby volunteers spent a week camping (with no gadgets) to see if they would  fall into a more “natural” sleep cycle which corresponded with sunrise and sunset.

The experiment worked. At the start, the volunteers were nodding off around midnight and waking up at about 8am. One week later, most of them were falling asleep by 10pm and waking up by 6 in the morning. In effect the extra sunlight had shifted their body clocks back by a full 2 hours. The effect was especially noticeable for those with later chronotypes ie night-owls.

After a week outdoors, they experienced “larger circadian advances when exposed to only natural light, making the timing of their internal clocks in relation to the light-dark cycle more similar to earlier chronotypes.”

During their week long stay under canvas the subjects were exposed to roughly 4 times the amount of light than when they were at work.  The powerful effects of the sun were also demonstrated in a recent study which showed that people who work in windowless offices are much more likely to suffer sleep disturbances than those who have their desks near a window.

Although the Colorado University study was on a small scale, the findings have important implications for understanding how modern electric lighting disrupts our sleep and circadian rhythms. Hopefully this will pave the way for larger scale experiments in this area of sleep science.