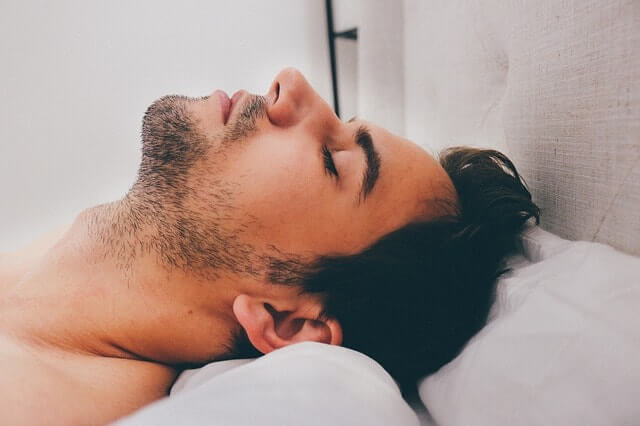 Are some sleeping positions really better than others?

Whether you sleep on your back, side or stomach, it's important to know the physiological impacts of your chosen position.

[toc] There’s a lot of debate about which is the best sleeping position, and a fair amount of nonsense too on the topic.

But broadly speaking, there’s a degree of consensus about the most common sleeping positions and how they affect sleep quality and general health. Here’s a roundup of the facts.

Experts argue that the best position for quality sleep is on your back. The reason is that you give your neck, spine, and head a chance to align and stay in a natural posture.

There is no extra pressure or any curves being added. This does miracles for a large segment of the population that copes with the chronic back pain.

It is estimated that nearly 80% of Americans endures back pain at some point in life, as a direct consequence of sleeping. Our habits usually aggravate the pain in the lower back and even if you do not have such problems, sleeping on your back is a safe bet. It combats acid reflux and involves almost no detrimental effects aside from snoring.

Sleeping on the side is the next best thing or simply the best for those who are pregnant. Similar to the back position, this one prolongs the spine and alleviates the back pain. Moreover, it aids those with sleep apnea and people who snore heavily. On the other hand, this position is associated with some side effects.

Namely, having one side of your face on the pillow spurs accelerated skin aging and may cause wrinkles. Women have another problem to bear in mind: Sleeping on the side induce the stretching of breast ligament over time.

Interestingly enough, the particular side you sleep on makes a difference. Lying on the left side packs a pressure on liver, lungs, and stomach, while the opposite side gives rise to increased heartburn.

Stomach position is many people’s darling, yet it is often described as the worst of the worst. It deviates from the natural curve of the spine and makes you over-arch your back.

The pressure is put on the muscles and joints that struggle during nighttime, and this leads to tingling, numbness or pain. And since the head is turned to one side most of the time, the neck suffers as well.

To make it worse, stomach position also compromises your circulation and breathing. On the flip side, your airways are opened up, which is beneficial for snorers.

This does not change the fact that the best position is the one in which your spine is in a natural alignment. Hence, this also rules out the second worst position, on your side with knees drawn up to the chest.

Tool up and build

Now, knowing what position is the best is only the first step with the many more to follow. After all, building a bedtime routine takes time and practice.

On the brighter note, even small rituals can have a great impact. It may seem frustrating to change your ways at first, but after a while, new habits grow on you. Secondly, you have to pay attention to the sleeping environment.

Thus, do not neglect the major role that a good mattress has to play in the bedroom. It is crucial for providing support along the contours of the body when you lie down in bed.

Also, it is highly advisable to embrace a holistic approach and utilize other tools at your disposal. For example, feel free to try out herbal remedies for relaxation, anxiety, and sleep. This could melt the stress away and enable you to drift away to the dreamland effortlessly.

It turns out that while some positions preserve and promote good health, the others actually undermine it. Your p.m. pose could trigger a wide range of problems such as back and stomach pain, as well as premature ageing.

Stomach-sleepers might have to rethink their bedtime strategy, while back and side-practitioners have a reason to rejoice.

This is to say one should make an effort to optimize bedtime habits and avoid certain acrobatics if you want to wake up the next day ready to rise and shine.