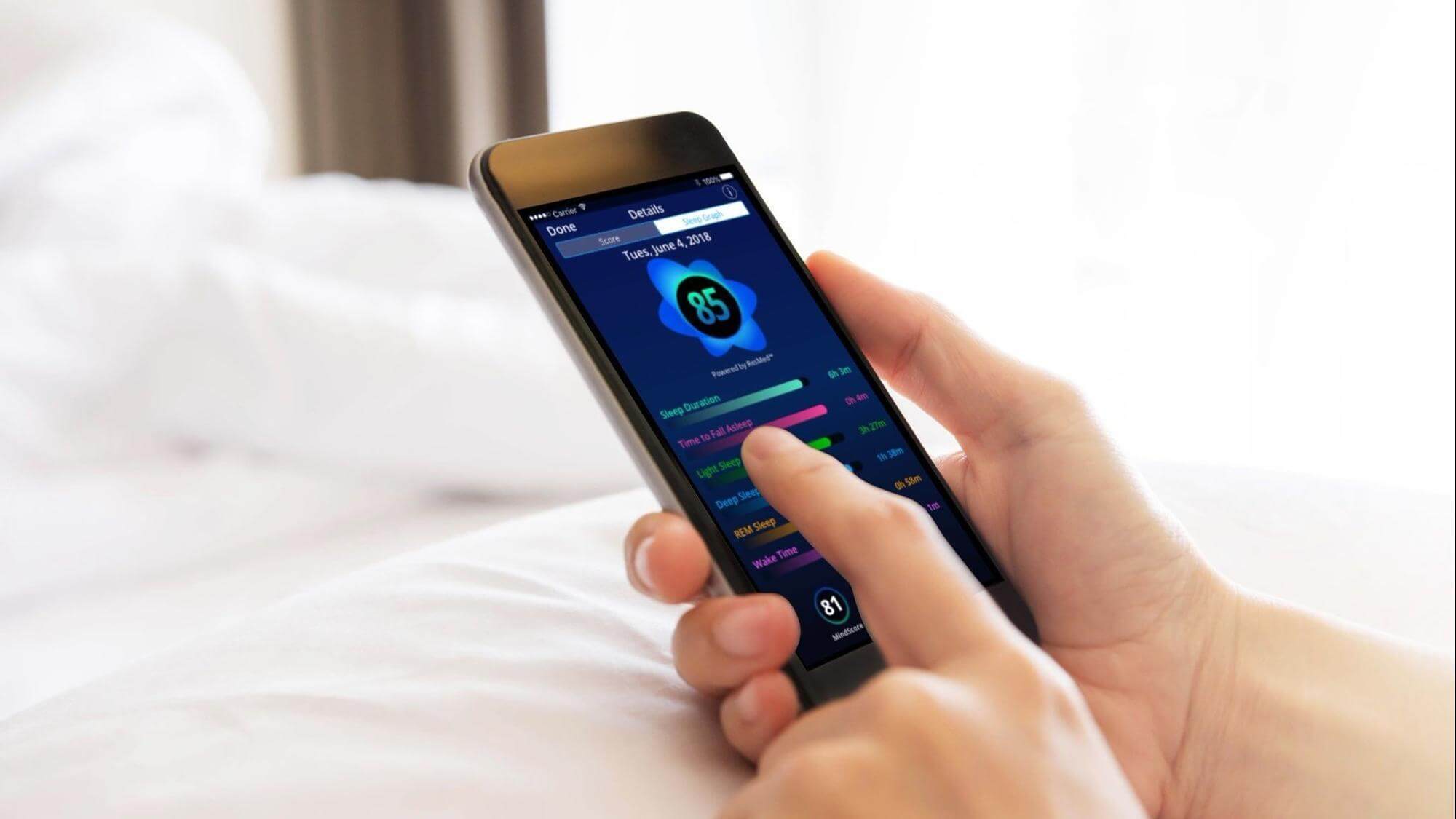 The problem with sleep technology..

Despite the inexorable demand for all types of gadgets to improve your sleep, consumer sleep technology has faced a lot of criticism.

It was only last month that the American Academy of Sleep Medicine (AASM) issued a position statement on these matters. It said that consumer sleep technology is ‘no substitute for medical evaluation‘ when it comes to diagnosing or treating sleep disorders.

It’s easy to understand why the AASM would need to make such a declaration. Sleep technology is making rapid advances, but we’re still not at the stage where we can put a lot of trust in the sleep data we get from apps, wearables and home sleep monitors.

First, there’s the question of accuracy. Yes, there are some incredibly sophisticated sleep devices on the market, but the truth is, most consumer sleep-tech undergoes little or no scientific scrutiny or testing. Hence your sleep data is nearly impossible to validate, and often unreliable and inconsistent.

Secondly, there’s a glaring lack of standardisation. Apart from a handful of FDA approved sleep devices, the sleep-tech industry – which spans the murky area between digital health and lifestyle consumerism – is completely unregulated. So, whether you’ve spent $5 or $500 on a sleep tracker, there’s no real objective way of knowing your data measures up.

Sleep studies are not the answer

Currently, the only agreed benchmark for measuring and diagnosing sleep issues is to undergo an overnight sleep study or polysomnogram (PSG). The problem is, PSG is not only prohibitively expensive for a lot of people, it’s also wholly unsuited for analysing long-term sleep trends.

So we have a dilemma. Insufficient sleep – including insomnia, sleep apnea, and circadian sleep problems –  is a modern day health crisis, without precedent.

But despite this, millions of sleep disorders go undiagnosed,  because we don’t yet have widely available tools and resources to allow people to reliably and accurately monitor their sleep from the comfort of home.

This week however, SleepScore Labs hopes to address some of these concerns by giving consumers access to their core technology for free with the launch of its new SleepScore app this week.

In its latest press release, SleepScore describes itself as “the definitive consumer standard of sleep measurement and improvement“. It’s a bold statement, but the company is well positioned to try and live up to such claims.

Alongside its partner ResMed, SleepScore Labs has been quietly working on the problem of reliable, accurate consumer sleep tech for over 12 years, validating their technology against PSG across sleep labs worldwide, whilst publishing the results in numerous scientific papers.

The company is also nurturing an ecosystem of ‘validated’ sleep products, using their SleepScore™ technology to rubber-stamp devices which have been tested by the firm’s teams of researchers. Some of the products they’ve added include the Nightingale Sleep System, Sleepio, DreamPad Smart Pillow, with more to come in the future.

The idea is that SleepScore™ will eventually become a trusted seal of approval, providing assurance for consumers who want to find products to improve their sleep health.

The new app is the company’s biggest opportunity so far to push SleepScore technology into the hands of as many users as possible.

Could the SleepScore app be a game-changer?

SleepScore Labs already sells a hardware sleep tracker, the SleepScore Max, but the new app dispenses with the need for gadgets, and can turn any smartphone into a non-contact, standalone sleep tracker.

SleepScore’s entry into the app space was made possible because of a new technological breakthrough. Speaking on the phone last week, CEO Colin Lawlor told us:

“The biggest problem in sleep has been a lack of reliable accurate measurement and so our mission has been to find a way to provide everybody in the world with any interest in their sleep or their health with their sleep score.

We started work with the University of Washington about four years ago and they came up with an idea and filed a patent around the area of leveraging an unused portion of the sensing capability of a smartphone in order to measure sleep. What we’ve done is we’ve taken that core idea and made it possible.

What we are about is trying to remove all the friction and to put a really valuable accurate tool into the hands of the mass consumer, turning every smartphone in the world into a reliable accurate sleep sensor. And we’re going to give the technology to everybody to calculate their Sleep score for free.”

So how does the SleepScore App work?

Essentially, the app turns your phone’s microphone and speaker into a sophisticated contactless bio-sensor using sonar to detect your tiniest body movements.

The sonar sensor works by using your phone’s speaker to emit a sound wave just above the range of human hearing (around 18-20kHz). It then ‘listens’ back to the reflected sound waves to determine your breathing rate and body movement, building up a detail analysis of your various sleep stages at night.

In the morning you’re presented with your personal 1-100 score of how well you slept which included your sleep duration, time to fall asleep, interruptions and a breakdown of your sleep stages – light sleep, deep sleep and REM.

You can set sleep goals such as ‘Sleep Longer’ or ‘Wake Up Less’ and receive advice and simple tasks to help you achieve your goals. There’s also a smart alarm to wakes you user up at the ideal moment in your sleep cycle.

Based on your data, you’ll receive personalized product recommendations for improving your sleep from SleepScore’s range of validated partner products including noise machines, pillows, anti-snoring devices and more.

The free version of the app gives you 7 days of your sleep history but if you want more insight, a premium version is also available that gives you a full sleep history, with trends, correlations and analytics, science-based sleep improvement advice, the ability to export your data, and even create a sleep report for your doctor.

Although the new SleepScore App pushes the boundaries in terms of technological achievement, it’s not the first company to try and reverse-engineer a smartphone using sonar.

But whilst Sleep As Android is a hugely popular app with nearly 25ok downloads, their sonar implementation never really gained much traction, unsurprising considering the ambition of such a task, and the resources of a relatively small app development team.

SleepScore by contrast have invested significantly in their sonar technology, with years of work in the lab.

As Colin Lawlor told us, “We have had 20 people working on this full-time for four years and and we’re talking about highly expert engineers because in order to execute this on a typical smartphone it’s extremely difficult.

So what we have been doing is developing the best-in-class algorithms… to detect respiratory motion and gross body motion in the upper body and with those two things we’ve provided a very reliable sleep score.

And there is going to be endless development because we can always improve it and we can always incorporate it into this core technology we want to make it available to partner’s.

We’re not trying to restrict it only to ourselves so we would certainly make it available to partners. Our strategy is to essentially find every way we can to make everybody aware of their own sleep.”

Whether or not the SleepScore app sets new standards, the app’s impressive engineering and science credentials, plus the company’s joined-up vision of where sleep technology is heading makes for an interesting and welcome addition to the slew of sleep tracking apps already out there.

The SleepScore app is available to download and use for iOS from the App Store, with Android to follow before the end of June from Google Play.