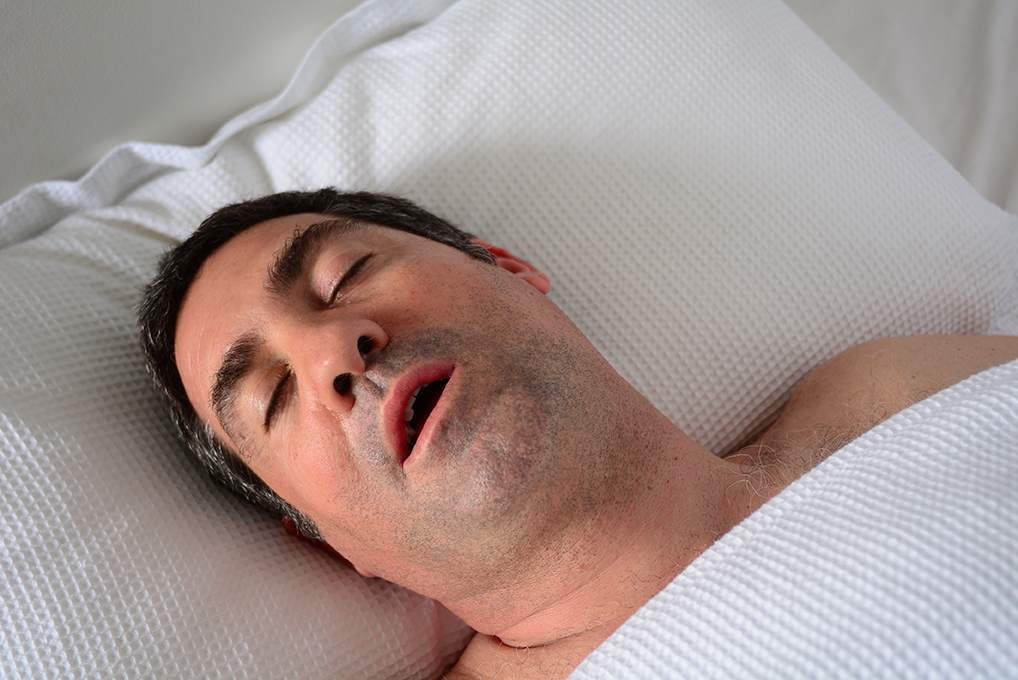 But is this always the case, can you have sleep apnea without snoring, and vice versa, can you be a snorer without having sleep apnea?

In this article, we’ll take a look at this topic and attempt to dispel some of the most common myths about snoring and sleep apnea.

The basics: what is sleep apnea?

“A condition where the upper passages of your airway close off, interrupting your breathing and depriving you of oxygen until you wake up and start breathing again.”

This type of sleep apnea is the most common type, and is usually the type that’s associated with snoring, and for good reason. People who suffer from it tend to snore quite loudly. In fact, snoring is one of the primary symptoms of OSA.

But… that doesn’t mean that people who suffer from sleep apnea always snore!

So, what is central sleep apnea?

Here is how Mayoclinic.org describes this less common, but still very relevant disorder…

As you can see, central and obstructive sleep apnea have very different causes – despite the fact that they pretty much produce the same result.

In both cases, the sleeper will experience abrupt ‘breaks’ in their breathing. These breaks will last several seconds, and will usually trigger a ‘wake up’ response in the brain.

This will cause the person to jerk slightly awake, take a deep breath (because their brain is letting them know that they’re being deprived of oxygen) and then fall back to sleep.

The big problem, however, is that most people don’t ‘fully’ wake up when an apnea incident prompts them to take a breath – which means that they will continue the process, over and over again, sometimes hundreds of times each night… night after night.

But since they’re not sleeping fully through the night, they won’t be getting the rest they need – which is what leads us to the main problem for sleep apnea sufferers.

They generally end up sleepy, fatigued, groggy, and deprived of the rest that they need to function well on a daily basis.

The signs and symptoms of the two different types of sleep apnea tend to overlap – which can make them difficult to diagnose without a sleep study. But in-general, here is a list of symptoms that, according to mayoclinic.org, you are most likely to suffer from as a result of the condition…

No. Experts say that obstructive sleep apnea is a very specific type of problem, and it only actually happens when the airway gets completely cut off during sleep.

In fact, the term apnea actually refers to an episode in which airflow is completely blocked, and breathing completely stopped, for at least 10 seconds.

Such a break in breathing is enough to trigger the brain to ‘wake up’ and take an emergency breath – which is what interrupts the sleeping pattern.

Can I suffer from sleep apnea without snoring?

It might seem strange to think about – but the answer is yes.

First of all, central sleep apnea isn’t generally associated with snoring to begin with. This type of apnea has to do with the brain signals themselves – not with an obstruction in the throat. And though it is less common, it certainly isn’t unheard of.

In fact, with obstructive sleep apnea, the chest will still rise and fall, as if breathing is taking place – despite the fact that no air is entering or leaving the airway.

But with central sleep apnea, the chest doesn’t even rise up and down.

Now, obstructive sleep apnea is a bit different. OSA is almost always accompanied by snoring – but that doesn’t mean that it always is.

According to Dr. Robert L. Owens of the Sleep Disorders Research Program at Brigham and Women’s Hospital in Boston:

So, it is possible to suffer from obstructive sleep apnea without snoring – but it is pretty rare.

But, if you tend to wake up with feelings of excessive daytime fatigue or drowsiness anyway, you might want to ask someone to keep an eye on you one night while you sleep.

If they notice that you don’t snore, but still tend to gasp from a lack of oxygen periodically throughout the night, then it might be time to go get professional help from a doctor.

Is sleep apnea a serious problem?

Getting your sleep apnea diagnosed and treated is an essential first-step to enjoying better overall health in your life. It will help you to perform better during the day, will reduce your risk of the afore-mentioned complications, and will also help you to feel better.

So if you feel that you might be suffering from sleep apnea, even if you aren’t snoring, then it might be wise to talk to your doctor.