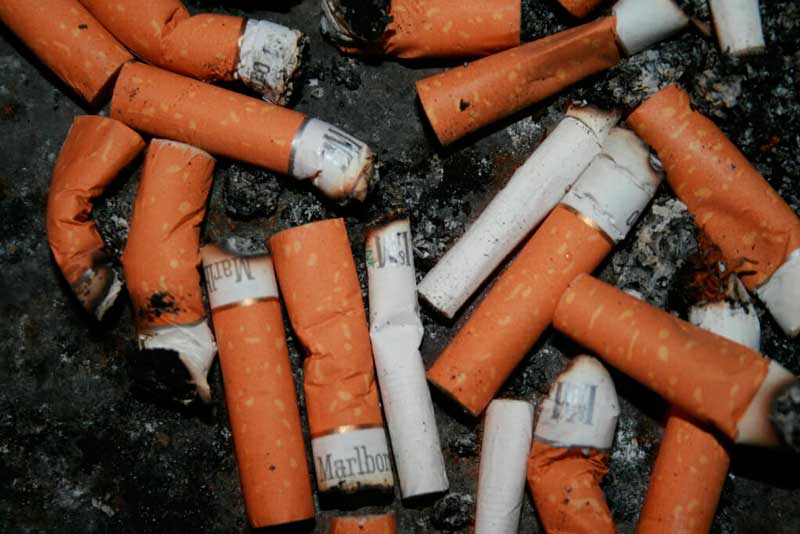 Quitting smoking is not easy. Research suggests that cigarettes are as addictive as heroin, cocaine, or alcohol, which accounts for 50 million nicotine addicts in the US alone. This hard to kick habit comes with a deadly cost. The World Health Organization estimates that worldwide, 6 million people every year die as a result of smoking.

Nicotine addiction involves complex physiological and psychological mechanisms that set up reward behaviours in the brain, so finding an effective way to quit is at best hard, at worst, impossible. Many treatments have developed over the years including nicotine replacement therapy, medication, hypnosis, acupuncture and most recently, e-cigarettes.

But a new study from the Weizmann Institute of Science in Israel has demonstrated a novel method for reducing the cravings associated with nicotine addiction. The study showed that a simple learning procedure, undertaken whilst asleep effectively reduces cigarette smoking behaviour for days afterwards, suggesting a promising new direction for addiction research.

Common sense tells us that getting enough sleep is vital for effective learning. The science backs up this intuition too. Over 100 years of research point to the idea that sleep plays an active role in consolidating short term and long term memory – which is essential for learning new information.

Recent discoveries however indicate that the sleeping brain is capable of even more complex tasks. A study published in September this year demonstrated that the brain is able to classify words whilst asleep. The researchers speculated that any task that can be automated might be maintained during sleep, even performing calculations on simple equations.

Following on from prior research into how humans can learn new information during sleep, Anat Arzi and her colleagues at the Weizmann Institute recruited 66 smokers who expressed a desire to quit.

Using a technique known as aversion therapy, they wanted to test the hypothesis that aversive conditioning – in this case the unpleasant smell of rotten eggs or rotten fish – will alter cigarette-smoking behavior during ensuing wakefulness.

This treatment is a form of classical or Pavlovian conditioning ie by associating a stimulus with an unpleasant sensation, the patient will eventually develop an aversive response to the stimulus.

This sometimes controversial treatment can take many forms, from foul-tasting chemicals to stop nail-biting, and even electric shocks.

In this experiment, the participants, whilst asleep, were exposed to cigarette smoke, quickly followed by the rotten odours. The smokers were administered this treatment either in Stage 2 sleep, the REM sleep stage, or whilst awake.

The results confirmed the scientist’s hypothesis.  Participants who received the aversion treatment during stage 2 sleep smoked 34% fewer cigarettes in the days following the experiment. Those who were treated whilst in REM smoked 11 % fewer cigarettes afterwards.

In contrast, those who underwent the treatment when awake did not smoke less afterward, nor did sleepers who were exposed to the smells at random times.

In a press release, Arzi said “We have not yet invented a way to quit smoking as you sleep. That will require a different kind of study altogether,” said Azri. “What we have shown is that conditioning can take place during sleep, and this conditioning can lead to real behavioral changes.”