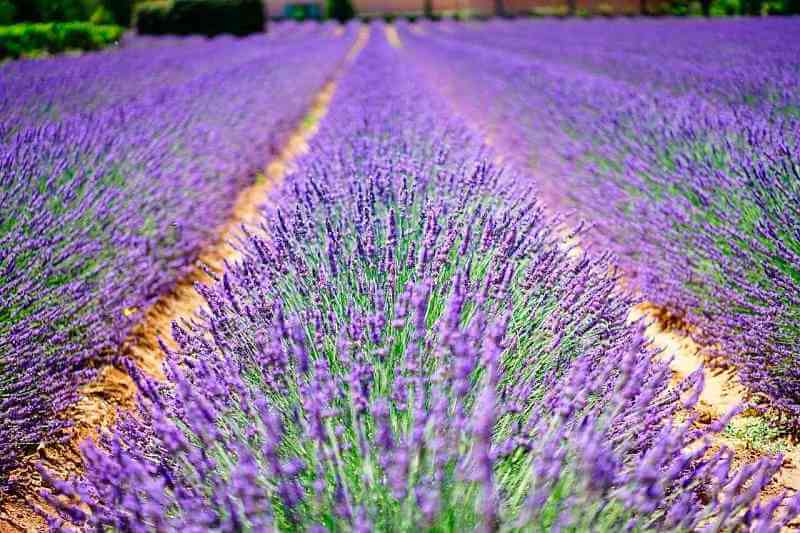 If you’re lucky, you eventually manage to squeeze in a few hours of sleep. During the day, you don’t feel so great, but you’re so tired, you figure that at least you’ll be able to sleep soundly that nightYou do sleep soundly—for a little bit. A few hours later, you’re back to staring at the clock, trying to calculate how many hours you’ll manage to sleep.

You’ve heard things about herbs for sleep, but you wonder if they really work. We’ve all seen the advertisements for natural sleep remedies, but are the advertising claims true? What’s in these sleep aids and what do they really do? Here’s an overview of some popular sleep aids and their effectiveness in treating insomnia and other conditions.

Melatonin is a natural substance. How natural is melatonin? It’s inside all of our bodies right now as we speak. The human brain contains the pineal gland, a gland that produces and releases melatonin, which is a hormone. Our pineal glands secrete different levels of melatonin throughout the course of the day.

These secretions increase at night, which makes us drowsy. Daylight suppresses melatonin production, which means light levels could determine whether someone is tired or not.

Some studies have found that melatonin supplements have been effective in treating insomnia in elderly patients. There is some debate regarding melatonin levels drop as we age and whether the long-term use of melatonin as a sleep aid is effective and safe. Medical professionals urge people to investigate all the possible causes of their insomnia before they attempt to treat it.

People have used melatonin for other interesting applications. One study examined using melatonin to replace the use of benzodiazepines. Benzodiazepines are a class of drugs that depress the brain and spinal cord. Due to these depressive and sedative effects, doctors frequently prescribe benzodiazepines to treat insomnia and anxiety.

But benzodiazepines can also be highly addictive, so researchers wanted to determine whether melatonin could be an effective substitute sleep aid for the study’s participants.

Patients who used the melatonin reported higher scores on sleep quality tests, even during the sixth-month follow-up after the study. Other studies have researched whether melatonin can help fight chronic pain, fibromyalgia, and different types of cancers.

Like other sleep aids, melatonin comes in many forms. You can buy melatonin in the form of capsules, tablets, lozenges, or gummies, or even as cream that you apply to your body. Whatever form you choose, experts recommend that you purchase synthetic melatonin supplements, since natural melatonin supplements from animals such as cows can be contaminated.

This poses the question as to whether synthetic melatonin supplements are really a natural supplement. Other proponents of melatonin suggest that people obtain extra melatonin by eating and drinking foods and beverages with high levels of melatonin, such as tart cherries and cherry juice. As with most supplements, scientists are still conducting studies about melatonin.

Chamomile usually grows in the form of very small flowers that have white petals with yellow centers, like clusters of tiny daisies. While dried chamomile flowers appear most commonly in tea, you can also find chamomile in the form of tablets or capsules or as a cream.

If someone offers you a soothing cup of chamomile tea, don’t automatically dismiss the tea as an old wives’ remedy. At some local rehab centers, herbs like chamomile are often used to help those struggling with sleep. People have been using chamomile medicinally for centuries.

The herb might reduce this anxiety because chamomile provides a sedative effect. This effect is also what might make chamomile a good sleep aid. People also use German chamomile for a wide range of other conditions, including stomach pain, menstrual cramps, nervous diarrhea, ulcers, fibromyalgia, swelling, and hemorrhoids.

This is because chamomile has properties that sedate, thin the blood, and act like a hormone. Take caution if you use this supplement.

Valerian is another supplement made from a flower. While pretty, valerian’s pink, purple, or white flowers aren’t the real reason people are interested in it. Instead, people dry the roots, horizontal stems (stolons), and underground stems (rhizomes) of the plant to make medicinal supplements.

It also stinks—literally. Many people find that dried valerian has a strong, unappetizing smell. This hasn’t stopped people from using valerian to make fragrances. Stinky perfume is one of valerian’s other uses, which also include use as a flavoring agent for foods and beverages.

Since it is a plant-based product, valerian is known as a botanical, like chamomile and other natural supplements. Valerian is also similar to chamomile since you can use it in different ways. You can ingest it in the form of tablets or capsules or drink it in tea. Some people also use valerian to make tinctures, which are concentrated forms of a substance preserved in alcohol and water.

Some people add valerian to their baths to help with insomnia and restlessness. People combine valerian with other natural substances that supposedly promote sleep, such as lemon balm and hops.

Chamomile and valerian share other important characteristics. Both are plant-based supplements that have sedative effects on the body. For those reasons, people have used both plants to treat anxiety and insomnia for centuries.

In fact, the ancient physician Galen recommended valerian to treat sleep problems as early as the second century A.D. Valerian is also used to treat menstrual cramps, symptoms of menopause, stomach pain, migraines, and other headaches.

As with other natural supplements, scientists aren’t 100% sure how valerian works. Many theorize that valerian boosts the levels of gamma-aminobutyric acid (GABA) in the brain. These elevated levels of GABA depress the brain and spinal cord, helping to release tension and creating feelings of sedation and relaxation.

Many prescription drugs used for insomnia, anxiety, and depression have similar effects on GABA levels and produce similar feelings of relaxation and sedation. This has led some people to tout valerian as a more natural, less-addictive alternative to such medications.

This doesn’t make valerian completely safe, however. Since it is a depressant, you shouldn’t use it with other substances that can depress bodily systems, such as benzodiazepines, anesthetic drugs, or alcohol.

Pregnant woman should also avoid using valerian, since there hasn’t been enough research to examine the effects of valerian on fetuses and infants. As with other supplements and drugs, it pays to research valerian before using it.

A few years back, St. John’s wort was all the rage. Users touted it as a natural way to treat depression and insomnia. Does it really work?

The answers are mixed. Some studies claim that St. John’s wort can help alleviate depression, while others say that the herb works no better than a placebo in treating that condition. Fun fact: another name for St. John’s wort is goatweed.

Like other the herbs we’ve discussed in this article, St. John’s wort is a flower that has been used as a medicinal herb because of its sedative properties. Like these other herbs, it can be taken in capsule or tablet form or used in teas or creams.

People use St. John’s wort to treat depression, anxiety, and insomnia, but since it’s a sedative, they shouldn’t use it while they’re using other sedatives.

Speaking of sedatives, passion flower is yet another flower that is said to promote sleep. Also known as passionflower, this substance was an over-the-counter sleep aid in the United States until 1978. Passion flower is no longer legally available due to safety concerns, although you might still encounter it combined with other substances.

People also use the leaves of lemon balm in combination with other herbs. Although this edible herb tastes like citrus fruits, lemon balm is actually related to the mint plant, not lemons. Studies have shown that people who took a combination of lemon balm and valerian reported better sleep.

In other studies, people reported less anxiety after taking a combination of lemon balm and other substances. Like other herbs, then, lemon balm might have sedative properties that can be used to treat insomnia and anxiety. Other uses for the herb include the treatment of cold sores.

Lemon balm’s healing properties could come from the presence of substances called terpenes, which could provide sedative and antiviral effects. Lemon balm also has eugenol, which relaxes muscle spasms, kills bacteria, and provides numbing properties. It also has tannins, other substances believed to fight viruses.

Like other plant-derived substances, lemon balm can be used in tea as well as in capsules, tablets, extracts, tinctures, or creams. You can cook with lemon balm or use it in essential oils.

People often combine lemon balm with hops, another herb with many properties. The flowers of hops, too, appear to have sedative properties. When combined with another substance, valerian, hops improved the sleep of test subjects with insomnia in a 2005 study.

Hops also appear to act similar to estrogen. Estrogen is a combination of hormones vital to women’s reproductive systems. Studies have found that hops might be a possible treatment to relieve the symptoms of menopause. In case you’re wondering, these hops are the same hops used in brewing beer and are even used to make gin and vodka. (We all know that beer, too, has its own power to sedate the body, but that’s the subject of different article.)

Based on scientific evidence and years of use, it appears that melatonin and various plant-based herbs might have the ability to sedate people and help them sleep. But these studies warn that the results are inconclusive. Scientists are conducting new studies on sleep and sleep aids all of the time.

Such sleep studies have tested the effectiveness of melatonin and herbs on more mild or moderate forms of insomnia and depression. If you’re struggling with severe insomnia or depression, you should consider seeking medical assistance. This medical assistance might be better able to diagnose your conditions and help you find effective treatments.

Finally, remember that just because something might be natural, it might not be healthy. Government agencies often do not study supplements such as melatonin or herbs the same way these agencies examine over-the-counter and prescription drugs.