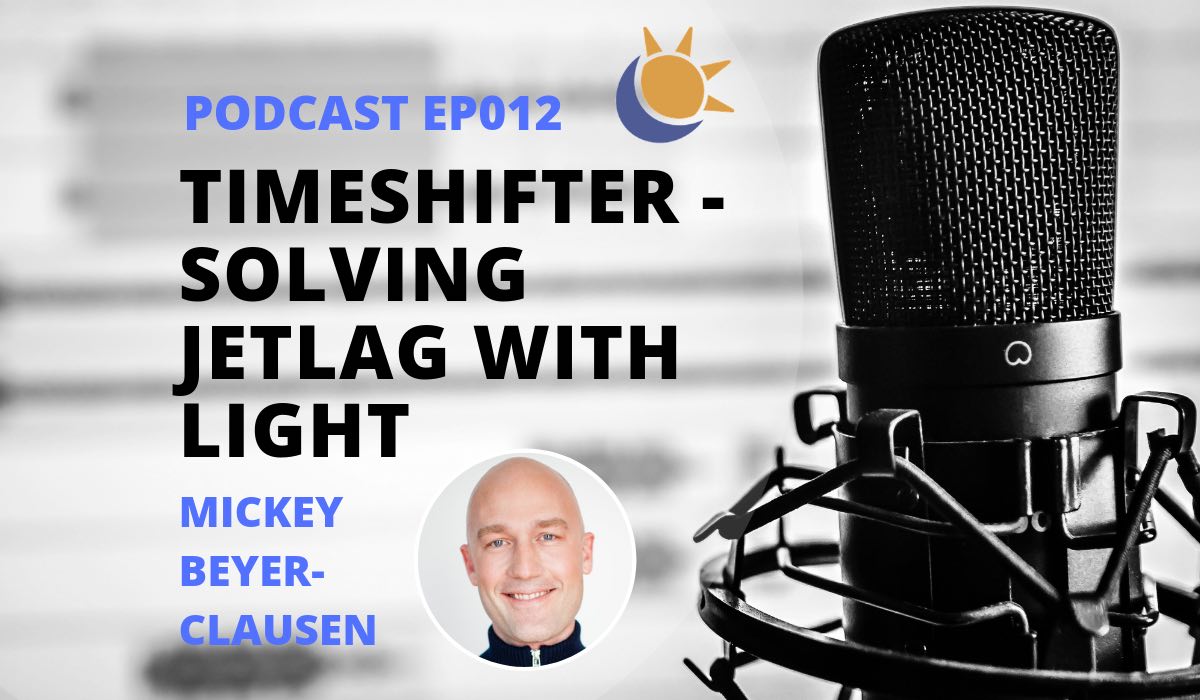 Timeshifter is new app for treating jet lag based on research using timed-light exposure to shift your circadian rhythms quickly into your new time zone. We speak to CEO Mickey Beyer-Clausen about the first science-based integrative solution to effectively treat the symptoms of jetlag.

Commercial jet travel has been around since the 1950’s. But as well as revolutionising the way humans were able to traverse the globe, it brought an unforeseen consequence – jet lag.

Jet lag is a physiological condition that arises from the disruption to our circadian rhythms when travelling east to west across different time zones. For 200,000 years, humans have evolved to live in synchrony with the natural 24 hour cycle of day and night.

When these cycles are disrupted, for instance by crossing the globe to the other side of the world, it plays havoc with our health, causing an array of problems, not just to our sleep, but also digestion, hormone regulation, body temperature, cognitive function and many other factors.

Despite all of the progress we’ve made in science and medicine in the last , up until now, there’s never been a reliable, effective treatment for travellers to combat jet lag, and people have relied on hacks and tricks to mitigate the effects, for instance with sleeping pills, staying awake, or just attempting to power through the debilitating symptoms of fatigue and circadian disruption.

However, in today’s podcast we talk to an entrepreneur who has teamed up with one of the world’s leading scientists in combating the effects of jet lag. Together they have developed a new app, Timeshifter, which is based on decades of research into how timed light exposure can be used to shift an individual’s body clock.

We talk to Timeshifter CEO Mickey Beyer-Clausen about the science behind the app,  based on the work of co-founder Dr Steven Lockley, a pioneer in sleep science and circadian biology.

Mickey Beyer-Clausen is a Danish-born, New York-based serial entrepreneur and philanthropist. In the ’90s, he was one of the first to launch successful Internet businesses and today he’s building companies around innovations that have the potential to improve the human or planetary condition. Mickey is the Co-founder and Chief Executive Officer of Timeshifter, which is building a platform for circadian shifting to solve major performance and health challenges with an initial focus on jet lag.