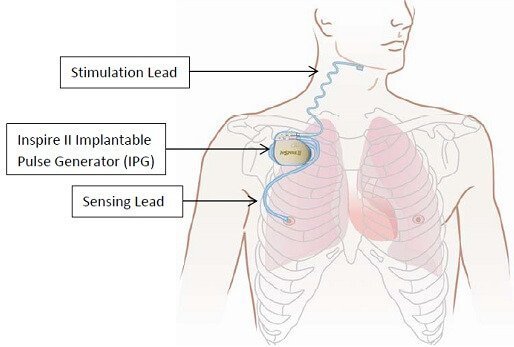 Compliance. It’s not a term that evokes positive emotions, but it has major implications across most medical treatments. The positive clinical results that are often reported in the media, typically comes at the price of being compliant.

Compliance plays a particularly important role in the treatment of obstructive sleep apnea.
Sleep apnea refers to the occasional collapse of the airway and typically occurs at night during sleep.

The reason that it typically occurs during sleep is because the muscles that protect the airway relax when we fall asleep. The term “apnea” itself means “without air”. Medical professionals will frequently refer to a pause in breathing as an “apnea event”.

A little bit of airway collapse is not typically a problem, but if it collapses too much, not enough air can get through the airways and into the lungs. The brain can be very sensitive to knowing when the airways are open or closed.

As a result, when the airway closes down too much, the brain will wake up abruptly. This is a very common condition. Some estimates suggest that roughly 13 percent of men and 6 percent of women in North America have sleep apnea that should be treated.

In some people, with significant cases of sleep apnea, they may stop breathing up to 20, 30, or 40 times an hour. Multiplied across an entire night of sleep, someone with sleep apnea could have hundreds of pauses of breathing during the night.

As might be expected with someone who experiences hundreds of pauses in breath during the night, daytime functioning and general health can be affected. During the periods of paused breathing, oxygen levels decrease significantly and the body releases stress hormones.

These stress hormones can take a negative toll on the body, leading to increased risk of heart disease, stroke and diabetes.

The gold standard treatment for the treatment of moderate-to-severe obstructive sleep apnea is CPAP (Continuous Positive Airway Pressure). The technology consists of a small box, about the size of a breadbox that is plugged into the wall and generates air pressure in a quiet way.

When the air pressure comes out of the machine, it goes into a hose and from the hose to a mask that is typically worn around the nose and mouth. From the mask, the air pressure travels behind the soft palate and the tongue and prevents the airway from collapsing. This usually can be done at a very low pressure.

Typically, as soon as CPAP is used, the user’s airway will remain open and the user will feel the benefits after even the first night. The benefits of CPAP are very well documented and it’s considered to be a highly effective treatment for sleep apnea with relatively few side effects.

Despite the many documented benefits of CPAP, there are still many people with sleep apnea who are not adequately treated with CPAP – often due to issues with compliance. New users sometimes report that CPAP can be difficult to become comfortable using on a nightly basis. It can take two to six weeks for people to get used to it and if not used on a nightly basis than its many benefits will not be felt.

Recently a new technology was granted FDA approval for the treatment of moderate-to-severe obstructive sleep apnea in those who have not been able to adhere to the usage of CPAP. The upper-airway stimulation device operates in a similar fashion as a pacemaker.

A small device is placed in the chest area with two leads (insulated, electrical wires designed for placement in the body) implanted to enable the device to function. The first lead (pronounced “lead”) is a breathing sensor lead and detects a person’s breathing patterns. These breathing patterns then trigger the stimulation lead, which is placed on a special nerve in the upper neck region (hypoglossal nerve).

When stimulated, this nerve activates the muscles in the neck region, which in turn induces the breathing tube to open up. This creates a “closed feedback loop” through which obstructive sleep apnea is addressed automatically as a person’s breathing pattern is detected and the nerve is stimulated.

In a major study of upper-airway stimulation in people who could not or would not tolerate CPAP, the number of apnea events observed decreased significantly. Of course, when evaluating any treatment we should take adverse events and side effects into consideration.

In the study, the rate of procedure-related serious adverse events was less than 2 percent. As a more invasive therapy than CPAP, however, upper-stimulation therapy will remain a second-line treatment focused on those who cannot adhere to CPAP for the foreseeable future.

That said, given our innate issues with treatment compliance and the benefits of a closed loop feedback system, the upper-airway stimulation technology appears to be promising for a select group of people who suffer from obstructive sleep apnea.