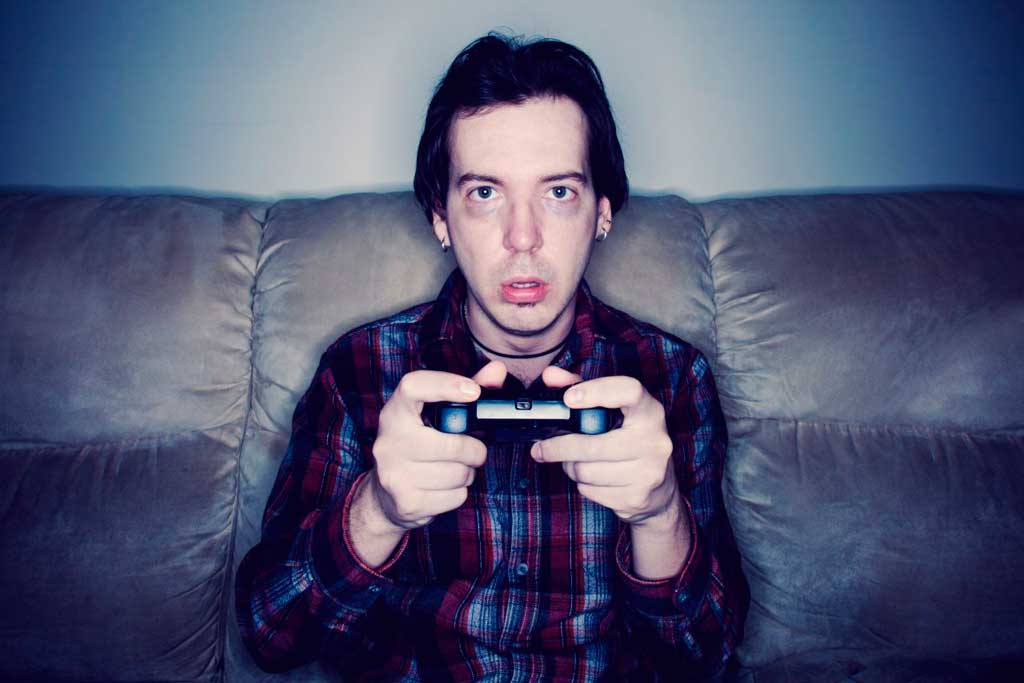 This is how video games can screw up your sleep

Are you an avid gamer? Do you know how your gaming habit is affecting your sleep?

Are you an avid gamer? Find it hard to switch off the Xbox or Playstation at the end of the night? Well it’s a common problem. Video games are one of the many reasons why America is becoming a sleepless society.

But that doesn’t mean you should give up your gaming habit. In fact, believe it or not, playing video games can actually be beneficial for your brain, psychologists have found.

However, gamers everywhere, whether you’re into Minecraft or Metal Gear Solid, should be wary of the consequences of too much late night screen action.  So here’s a look at how gaming can impact on your sleep patterns.

Video games and sleep: the research

There’s only a limited amount of research on the effects of playing video games on sleep. Typically these studies are aimed at children and teens because they are more likely to take part in gaming before bed.

A 2012 study held by Flinders University found that participants who played video games for 150 minutes or more at night experienced a delay in falling asleep of 39 minutes, according to their sleep journals. They also lost an average of 27 minutes in total sleep loss during the night.

The researchers also found that playing games caused a drop on the amount of time spent in the REM (rapid eye movement) stage of sleep – a loss of 12 minutes for those who spent over two hours playing games. Dr Michael Gradisar who supervised the study said:

“This may not seem like a significant reduction but REM plays an important part in helping us remember content we learnt that day so for adolescents in their final years of school who are revising for exams, winding down at night with a video game might not be the best idea”

Another study in the journal Pediatrics looked at the effects of evening TV and video games in 612 pre-school children between the ages of 3-5.

A much earlier study published in 2003 in the Journal of Applied Physiology, also found that performing exciting activities, like video games before bed, can actually cause your body to produce less of the “sleep hormone” melatonin.

Melatonin is used to regulate sleep cycles and is produced in the pineal gland in the brain. It is likely, however that this effect was mostly due to the effect of blue light emitted by screens which has been shown to affect melatonin production.

It’s quite common for people to fall asleep in front of the TV at night. Watching a movie or television show is a passive experience. It doesn’t require you to interact with the screen, other than pressing the remote to change channels.

Modern video games on the other hand often have extensive built-in interactive components. Strategic multiplayer shooter games like Call Of Duty even allows you to talk through headsets to fellow game players. This adds a social reason to continue game play into the night.

Hence gaming has a lot more in common with social media than watching TV or movies. The two-way stimulation from games, Facebook, or instant messaging can be almost impossible to resist at times.

This can be a significant challenge to sleep, especially considering that 90% of 18-29 year olds are known to take their smartphones to bed with them.

Jayne Gackenbach is a psychologist and an expert on how gaming affects dreams. A lot of her studies are focused on the cause and effect of video games and how they can affect dreaming habits.

Gackenbach found that avid gamers were more likely to be able to control their dreams than people who didn’t play video games.

It is difficult to know if these enhanced lucid dreaming abilities help or hinder the sleeping experience, but they are an interesting component in sleeping habits of hardcore gamers.

Although it’s difficult to tell exactly how video games affect our sleep, common sense tells us that any over-stimulating activity before bedtime is likely to disturb our night’s rest.

We also know that exposure to bright screens at night has physiological effects; preventing our bodies from producing melatonin which helps us get to sleep.

So, based on some of the research, it’s probably wise to stop your gaming activities at least an hour before you go to sleep.

Read a book to clear your mind from daily preoccupations instead of playing computer games.

Playing on into the night will take a toll on your health, energy and mental abilities.

This post was written in conjunction with Zero Lag, who specialize in video game servers.