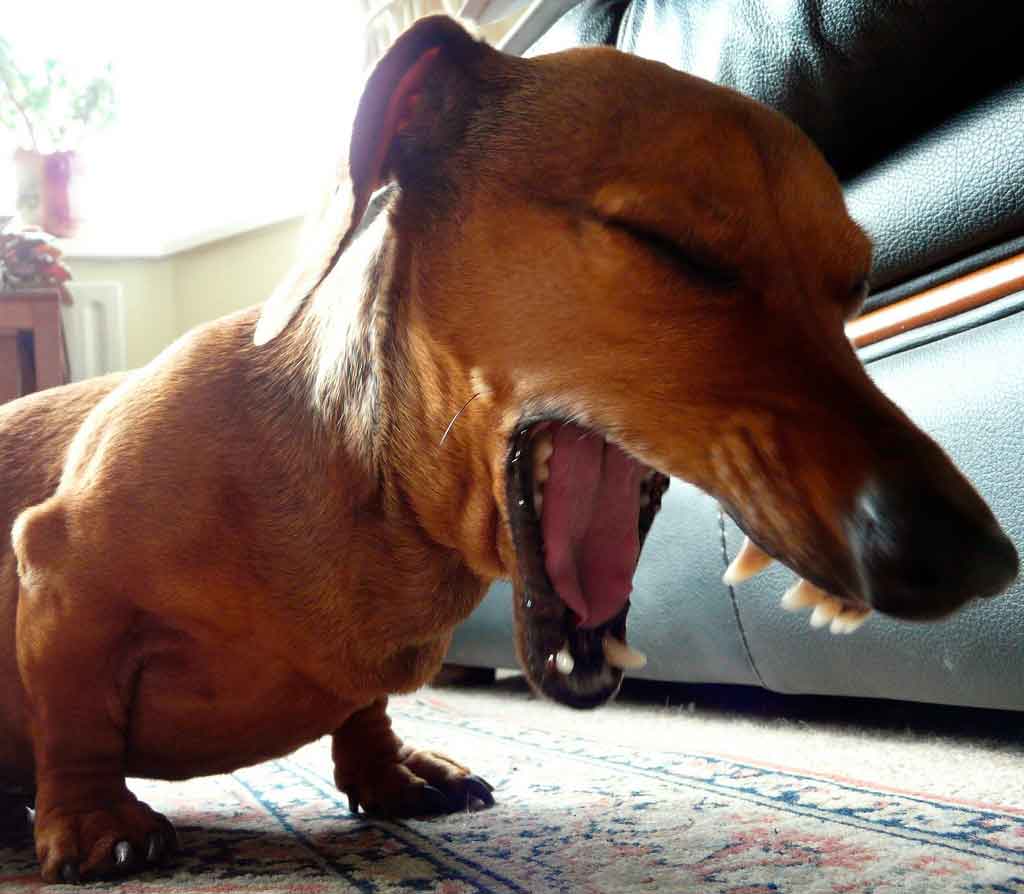 Yawning is a mystery that scientists can’t figure out

What exactly is the function of yawning according to research?

“at present, yawning may have the dubious distinction of being the least understood, common human behavior.” Dr R Provine 1986

30 years after Dr Provine, a world authority on yawning, uttered these words, we’re still not much wiser.  Three of the most common explanations for yawning are:

The most common association with yawning is fatigue or sleepiness. Research shows that most yawning occurs during the hours before you fall asleep and just after you wake up. ((Yawning: Relation to sleeping and stretching in humans. R. R. Provine, H. B. Hamernik, and B. C. Curchack. Ethology, 76, 152-160.)) In a separate study  EEG recordings confirmed that a sleepy brain will indeed prompt yawning behaviour. Yawning is also associated with boredom and/or lack of stimulus. The boredom hypothesis was demonstrated in an experiment where students watched either 30 minutes of test bar pattern or 30 minutes of music videos. (( Yawning as a stereotyped action pattern and releasing stimulus. R. R. Provine. Ethology, 72, 109-122.)) The first group yawned on average 70% more.

This theory holds that yawning is a mechanism to increase oxygen flow to the brain. Seems though, that although a commonly held-belief, it’s almost certainly a myth. An oxygen/Co2 theory was tested in 1987 ((Yawning: no effect of 3-5% CO2, 100% O2, and exercise. Provine RR, Tate BC, Geldmacher LL. Department of Psychology, University of Maryland Baltimore County. Behav Neural Biol. 1987 Nov;48 )) and the results showed thatan enriched oxygen supply decrease instances of yawning nor did CO2 deprivation did not result in increased yawning.

A 2010 review by Adrian G Guggisberg supported these findings, stating “…given current evidence, it seems unlikely that yawning has respiratory or circulatory functions.”

Does yawning cool the brain?

Can yawning cool down an overheated brain? Two studies support this theory. The first found that applying cold packs to the subjects’ heads practically eliminated contagious yawning.  The second study found that yawning frequency differed from season to season and was more likely to occur when the outside temperature is higher than internal body temperature.

The role of yawning has puzzled physicians since Hippocrates, who imagined it as a means of removing bad air from the lungs. Some more recent ideas include:

Note that none of these propositions have been experimentally tested.

Yawning as a social signal

In recent years, researchers have begun to consider yawning may also serve a communicative or sociological purpose.

Perhaps yawning is a remainder of our distant evolutionary past – a subtle means to coordinate the actions of a social group, similar to the herding behaviour found in flocks of birds.

When it comes contagious yawning scientists found that students who scored highly for empathy, yawned more when they watched videos og other people yawning. This contagious effect is strongest when people are related or are close friends.

Contagious yawning is so powerful it can even cross the species barrier.  A 2007 study  found that 21 out of 29 dogs yawned when shown videos of yawning humans.

There doesn’t appear to be a single ‘unified theory’ of yawning. While it’s clear that some physiological factors such as sleepiness and boredom play key roles, there’s also the social aspect to yawning that seems to linked to psychological traits such as empathy. Like sleep, the function of yawning largely remains a mystery.