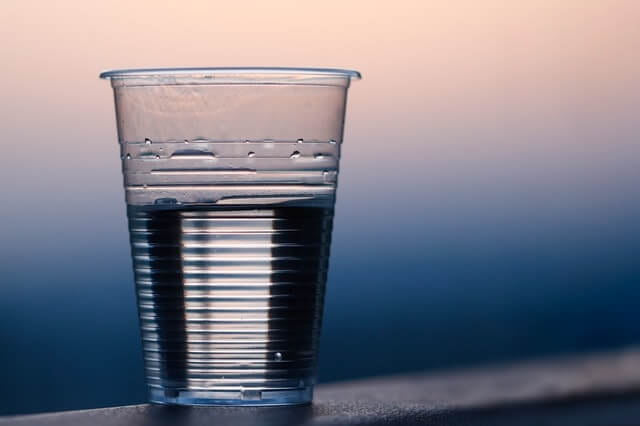 Why do we get thirsty before bedtime?

New research suggests the circadian clock may be responsible for our thirsty urge for a drink before bedtime.

Why is it that just as we’re getting ready to sleep, we often get an inexplicable thirsty urge?

For many, a glass of milk or a herbal tea is the last thing they have before sleeping. And if you’ve ever put kids to sleep, you’ll know the request for “a last glass of water” all too well.

But the question has remained, is bedtime thirst just about routine and habits, or is there be an underlying biological explanation?

A study recently published in the journal Nature suggests the latter – that our circadian clocks may be responsible for triggering our pre-bedtime thirstiness.

Mostly, our thirst response is activated when we’re at risk of of becoming dehydrated. This could happen for instance if our body temperature increases, or if blood plasma volume decreases. In general we experience thirstiness when the ratio of fluid in the body is lower than normal.

But night-time thirstiness is different and occurs even when none of the above symptoms exist.

In the new study, the researchers found during the day, rats would seek out water only when their bodies needed it.

But in the hours before they slept, they would typically show increased thirst,  despite exhibiting any of the typical reasons for being thirsty.

Stocking – up on fluids

To investigate, researchers Claire Gizowski and her team restricted the rats’ access to water just before sleep time.

They found that water-deprived rats showed clear signs of dehydration towards the end of the sleep period.

This suggests that the rats were instinctively drinking more water at night to provide adequate hydration during the long hours of sleep.

This makes sense because during sleep, rats (and most mammals – including humans) keep on using up fluids as the body goes about digesting foods and repairing tissue.

The researchers at McGill University wanted to verify whether the parts of the brain that control thirst and sleep were in any way communicating.

Applying cutting-edge research utilizing laser light to manipulate the neurons in the brains of rats, they found that there was indeed some communication between the sleep and thirst centers of the brain.

They identified a dialogue between regions of the brain known as suprachiasmatic nucleus (SCN) which manages our circadian rhythms,  and the OVLT, which controls the balance of fluids in our body.

When the researchers activated the SCN of the rats to make the brain think it was preparing for sleep, they found that this led to a release of vasopressin – a peptide (protein chain) that affects thirst.

Although the findings are preliminary, they could have important implications for our everyday lives. Understanding the reasons and mechanisms for our biological drives could lead to major improvements in health-care and lifestyle.

For example, shift workers often go against their circadian rhythms and tend to have disrupted sleep/wake schedules. Thus, sleeping at irregular times may not provide the necessary biological cues to drink the necessary amount of water – resulting in dehydration.

Commenting on their results, senior researcher  Charles Bourque said “Although this study was performed in rodents, it points toward an explanation as to why we often experience thirst and ingest liquids such as water or milk before bedtime,”

He added “more importantly, this advance in our understanding of how the clock executes a circadian rhythm has applications in situations such as jet lag and shift work. All our organs follow a circadian rhythm, which helps optimize how they function. Shift work forces people out of their natural rhythms, which can have repercussions on health. Knowing how the clock works gives us more potential to actually do something about it.”

Based on the findings of this research, scientists may soon recommend that people drink water before sleeping even if they don’t feel thirsty. This will ensure adequate hydration during their sleep phase – resulting in better sleep as well as better overall health.