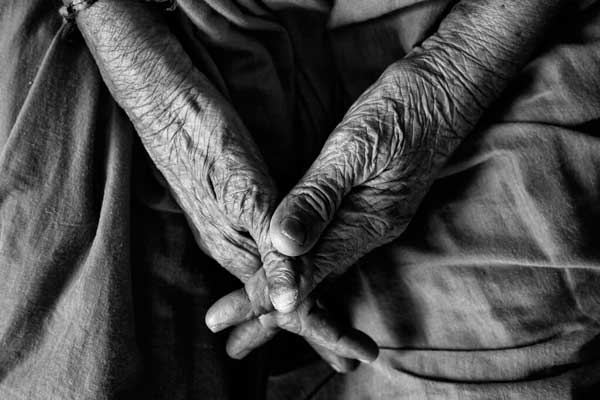 Previously we explored how sleep deprivation is associated with diminished brain size, at least in certain regions of the brain. Following on, a further question can be asked; exactly what type of brain tissue is reduced?

The brain consists of about 100 billion nerve cells, known as neurons. Their function is to process and transmit information via chemical and electrical signals. Other types of cells in the brain have additional functions e.g. those supporting the neurons and overall brain integrity.

In a recent study, neurologist Dr Clifford B. Saper has, for the first time, discovered that as we get older, the number of neurons in one of the brain’s sleep centres becomes fewer and fewer.

The study, dating back to 1997, took one thousand 65-year olds and monitored their sleep patterns until death. Brain studies of the deceased participants clearly showed that the ageing process reduced the numbers of neurons in an area called the ventrolateral preoptic nucleus.

Moreover, the study indicated a clear relationship between the number of neurons lost and the amount of diminished sleep.

Saper’s research group went further in their studies. They identified the specific type of neuron that dies as a person gets older. All nerve cells have the same basic structure; a cell body, and a long extension that transmits electrical signals from one part of the body to another. The length of the extension varies tremendously.

Some are very long, such as those connecting the spinal cord to limb muscles, whilst others are very short such as those found within the brain and conducting ‘short-distance’ signals.

Different neurons are involved in different things such as pain perception, taste, muscle contraction, hormone production and, of course, sleep.

What is less known is that neurons themselves can be sub-divided into types depending on what type of substances are located in the cell body. Whilst all neurons look basically the same, what is interesting about Saper’s study is that it was a specific type containing a substance called galanin which was found to decrease in number as a person gets older.

Galanin is a small ‘protein-like’ molecule discovered in the 1970s. It is found in the gut and, especially, throughout the nervous system. Previous research has shown that galanin is closely linked to the sleep function of the brain. For example, many studies show that the amount of galanin increases in sleep deprived animals and galanin itself, when infused into a subject, can induce sleep.

….galanin is a neurotransmitter that is found in many other types of neurons in the brain, but in the lateral preoptic area, it seems to be specifically found in cells that are sleep-active (i.e., fire during sleep), and to be associated with causing sleep.

We have developed a way in mice to fire the galanin neurons in the lateral preoptic area selectively, and this causes a massive increase in sleep, as well as a fall in body temperature (which occurs during sleep).

It seems the loss of galanin containing neurons in the brain can lead to diminished hours of sleep. This, in turn, leads to secondary problems such as tiredness throughout the day and reduced cognitive functions.

Perhaps medical treatments such as drugs able to mimic the effects of galanin could be developed that will help restore normal and satisfactory sleep patterns.