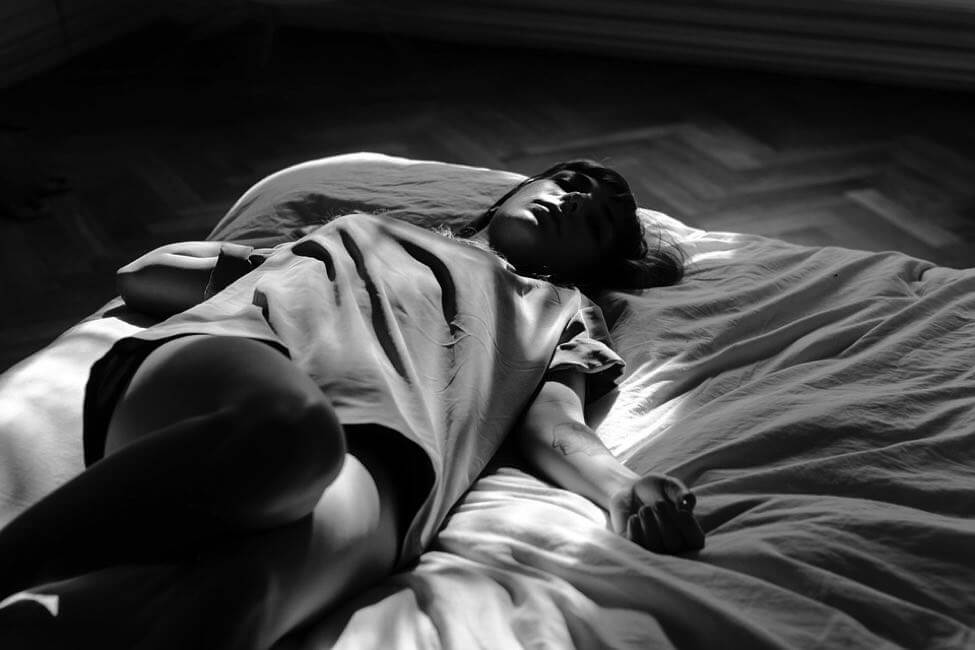 Why is sleep apnea so under-diagnosed in women?

Although men are statistically more at risk of sleep apnea, women are much more likely to be misdiagnosed or undiagnosed.

According to Angie Randazzo, Sleep Medicine Specialist at St. Lukes Sleep Medicine & Research Center, “It is commonly known within the sleep field that women with OSA present differently than men, they often don’t have the stereotypical body type and don’t always say they are sleepy. Many will say they are fatigued, leading clinicians to think they have insomnia versus OSA.”

In this article we explore some of the specific issues surrounding sleep apnea in women.

What is obstructive sleep apnea?

Before exploring the specific issues concerning sleep apnea among women, let’s first talk about what sleep apnea is and its causes.

Affecting more than 18 million adults in America alone obstructive sleep apnea, or simply sleep apnea, is a medical condition in which a person’s breathing is interrupted, causing frequent pauses in breathing patterns whilst asleep. These pauses can last up to 10 seconds and can range from a couple of times up to a hundred or more interruptions during your night’s sleep.

Sleep apnea is caused by the closing of the upper airway of the respiratory tract, leading to loud snores and frequent daytime sleepiness. The pauses cause a decrease of oxygen level and can awaken the person sleeping.

According to WebMD, there are many risk factors associated with sleep apnea in adults, the most common being:

The most common cause is obesity and being overweight, which is linked with an excess of soft tissue in the mouth and throat which can block the upper airway during breathing at night.

Age comes into play as well. Among people over the age of 65, one estimate suggests that at least 10 percent suffer from sleep apnea since ageing affects the brain’s ability to stiffen the upper airway during sleep, increasing the chances that the airway will collapse.

Family history also plays a role, since about 25% to 40% percent of peoples whose family members have sleep apnea may inherit the condition themselves. Ethnicity also plays a significant role in the risk of having sleep apnea, with African-American, Hispanics, and Pacific Islanders showing a higher risk of developing OSA.

A 2012, a study conducted by Swedish researchers set out to determine the frequency of sleep apnea among females. They observed 400 women between the ages of 20-70, selected from a population of 10,000 women.

By completing a questionnaire and wearing an overnight sleep tracker the researchers discovered that the rate of sleep apnea among women was higher than expected:

The study also suggests that sleep apnea affects women’s general health, as can often lead to increased risk of stroke and cardiovascular disease and diabetes. And while the link to sexual dysfunction and sleep apnea is well established among men, it can also cause sexual problems among women, as well.

According to WebMD, women who lack sleep can pose a high risk of developing cardiovascular diseases, depression, and type 2 Diabetes. Unsurprisingly women with OSA can lose a significant amount of sleep, and that can lead to many different health issues over time if not treated.

A survey carried out by Lindberg et. al among women aged 20-70, found that sleep apnea is also closely associated with metabolic syndrome.

Women have a higher chance of developing sleep apnea after menopause or during pregnancy, and pregnant women pose a greater risk when suffering from obstructive sleep apnea. Sleep apnea is common in pregnant women with high blood pressure or diabetes.

The number of women suffering from sleep apnea during pregnancy is in estimated to be between one 1 and 10 percent althought it’s hard to come up with an exact number because many women have sleep apnea without knowing about it.

Lots of factors may contribute to the development of sleep apnea among women, and the treatment will vary based on the severity of the condition. In trying to battle sleep apnea, the first thing to do is to check for symptoms and consult your physician about it.

Since it happens whilst you’re asleep, sleep apnea often manifests without a person even realizing. If you sleep with a partner in bed they may be able to help detect any symptoms. Things to look out for include:

While being diagnosed with sleep apnea can come as a shock, there are many things you can do to mitigate the effects. Lifestyle changes can go a long way in reducing the severity of sleep apnea, however, they should not be considered a substitute for medical treatment.

Losing weight can help improve sleep apnea symptoms, since it removes the extra tissue at the back of one’s throat, widening the airway. Quitting smoking can also reduce the chances of sleep apnea since it decreases the inflammation in the throat caused by regular smoking.

Also you need to check if your bed is comfortable for your weight and body size. You could also try sleeping on your side, since sleeping on your back increases the likelihood of sleep apnea since your tongue and other soft tissues can obstruct your airway.

The gold standard for sleep apnea treatment is continuous positive airway pressure (CPAP). It involves gently forcing air into your breathing passage at night to prevent your airway collapsing. Although CPAP is extremely effective at treating the symptoms, it requires wearing a mask and breathing tube at night in bed.

There are however other alternatives to CPAP, ranging from oral breathing appliances to more permanent measures including surgeries such as upper-airway stimulation.

It’s about time we let go of the idea that sleep apnea is only a problem for men. Women, especially the elderly, and those who are pregnant have higher risk factors that associated with sleep apnea, like obesity and hypertension that poses a high risk.